Board Game Days Returning to the Old City 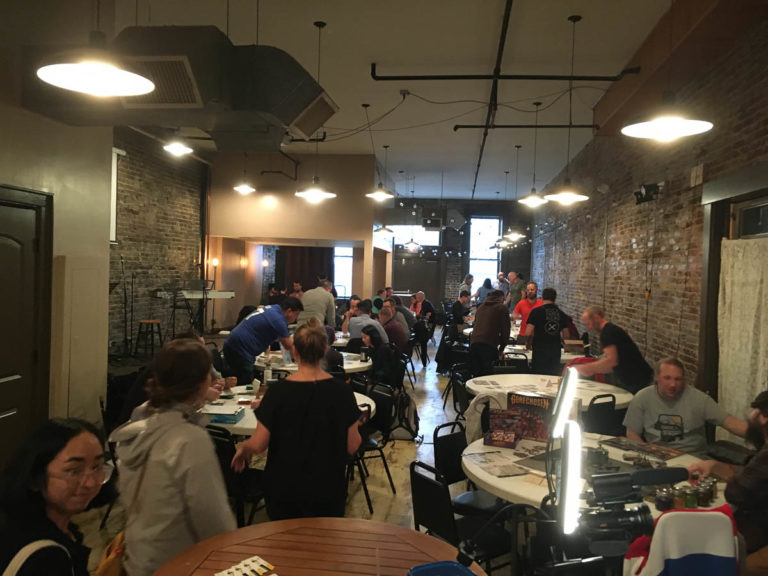 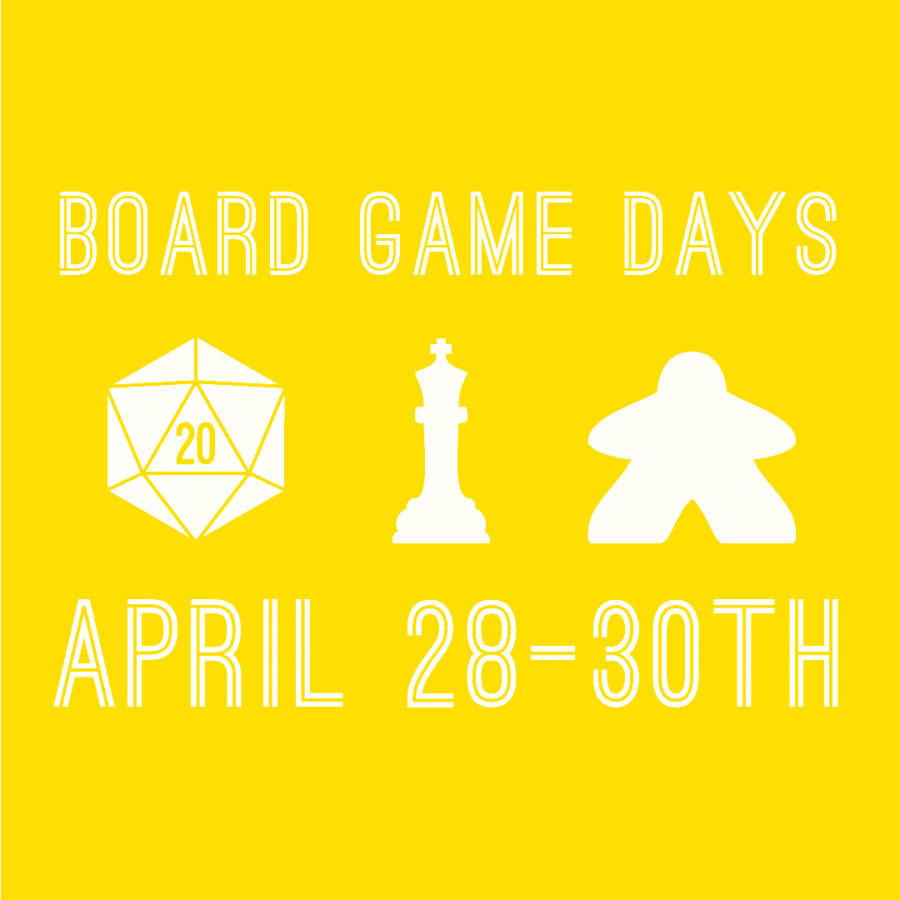 A series of Board Game Days, organized by then downtown resident Conner Cole, were held at Awaken Coffee in the time leading up to the pandemic. After being on hold, they are returning for their 7th iteration on April 28 for a three-day run at the coffee shop. I met with Conner to learn more about the event and realized I had no idea what is involved and how significant the event is for the board game developing community.

Conner has an interesting background, having studied communications, psychology, and linguistics at the University of Oklahoma. He has lived in Japan multiple times and is well-versed in Japanese. (He says he isn’t fluent, but tells me he can understand wordplay well enough in the language to make jokes, so . . .) He speaks small amounts of “twelve other languages.” He’s worked as a graphic designer and marketer, social coach for individuals with neuro-plasticity issues, and a work culture evaluator for organizations. He is also father to two children.

He’s also planned events, like the one coming up. He recently helped Joel Ashton execute the Protospiel event at Sci Fi City in North Knoxville. His wife, Mary Ellen, is an energy consultant working with co-ops across the country.

His interest in board games goes back to a design school assignment in which he determined to develop his own board game. While working at the Apple Store in Atlanta, he began to expand on his idea. He left Apple to do freelance design work and to further develop his game. He did the design work, got a prototype made, and the game evolved. He got friends to play to expose flaws.

He eventually attended ProtoATL, around 2012, where he met others who were developing board games and began to learn about the development community. He attended a similar, but much larger, event in Indiana called GenCon, and showed his game again. He began to learn about getting backers and networking. He began developing other games. He met publishers and learned about the business. In more recent years, many people are self-publishing and marketing. He found the experience of meeting other developers and publishers as extremely valuable.

Tickets to the events he felt were expensive for the returns. After paying $50 to $190, a developer might only get their game tested only a few times. He began developing an idea of a reduced-cost event that would give developers far more feedback. Instead of a “play-testing room,” the entire event would be designed around playing the games, giving the developers far more information from players.

He launched his first event in 2017 at Awaken Coffee. The first event was free. He enlisted some designers and gamers began showing up. He had about a half-a-dozen designers and 36 attendees at that first event and the small group loved the structure. He stopped his own game testing at mid-day after five games. Players were enthusiastic about playing unreleased games and learning about games they might want to support in a fundraiser for publication. And they had fun.

He continued with a couple of similar events a year until the pandemic. The second event roughly doubled in participation. The fourth event crossed 100. The last one before the pandemic drew about 125 people, nearing capacity. Awaken loved hosting the event and offered overflow in the front room. Some of those initial designers have gotten their games published and at least one game is currently available at Target.

A couple of similar events have come to town since he started, but they charge far more, and, while growing, are smaller and their set up is more like other national events than to Board Game Days. His has expanded to three days this time around and he’s offering, in addition to the games in development, a free library of table-top games that people are welcome to take off the shelf and simply have a good time playing.

He said the range of developers who have attended his events include engineers, a donut shop worker, graphic designers, city workers, college students, a father of seven children, and some single mothers. He also spoke to a sex worker who wanted to make a game about trauma and healing. He loves that it attracts such a wide range of people and that the games address not only fun topics, but games that reflect various identity groups and attempt to meet real needs.

In addition to expanding to three days, different events will be offered, and there will, for the first time, be a charge. For early-bird purchasers, tickets were $5 for all three days and that includes the catered Design and Dine kick-off on Thursday night. Designers and publishers paid $15. The event now has sponsors and donors who have contributed to make the event so affordable. Now that the early-bird period has passed, and publishers pay $25 for the three days, designers $20, and players $10. It’s only $5 for players on Saturday only and he’s passing out $1 off coupons.

He’s hoping for 100, but “would be ecstatic if I got 250.” He said predicting right now is hard because of the gap in time and everyone’s relative comfort or discomfort level with venturing into crowds at this point. He has already sold tickets to out-of-state participants for the event. The Protospiel event gave him reason to be optimistic. Tickets and more information are available through the event Facebook Page or directly through Eventbrite.