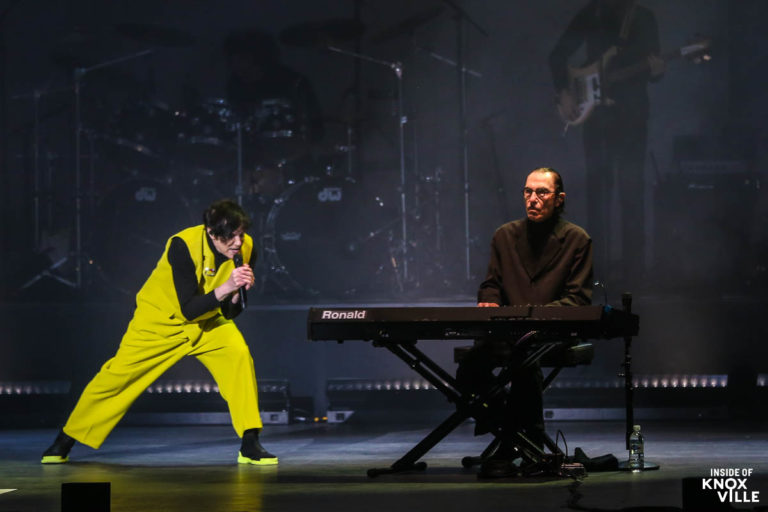 (Ed. Note: This is the first of a series of articles I’ll put out about the festival. I will put them out as quickly as I can edit photographs and say a few words about the artists and events. That may take a while.)

Thursday morning found many people in the city joyous at the return of a unique festival celebrating world music. The Big Ears Festival, canceled in 2020 and 2021 due to the COVID-19 pandemic, left a void in downtown Knoxville and in the musical universe. Nowhere else does such a stellar line-up of the luminaries in their genres of music assemble. They enjoy it, we enjoy it, and the world travels to Knoxville for one glorious weekend.

The cancelations were also felt keenly by downtown businesses, particularly restaurants and, to a slightly lesser degree, hotels. Many downtown restaurants hang on through the winter with their sights set on Big Ears weekend to recover financially and launch into the spring. For downtown residents who have the world come to their neighborhood for a few days, it left a void.

So Thursday opened with great hope, and the festival did not disappoint. Given the order of magnitude involved in identifying artists, contracting with artists, lining up venues, getting the artists to town and having a place for them to stay, selling tickets, setting up sound and lights at multiple venues repeatedly for four days and moving people in and out, it’s a wonder it can work at all. 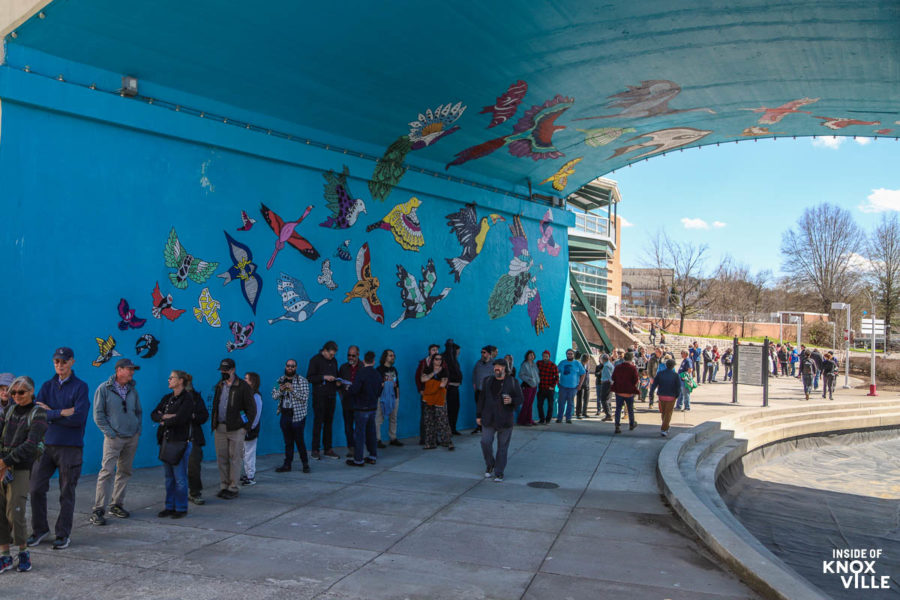 And it worked well. I saw very few glitches in my four days. The app acted up a bit for a couple of hours on the front end. I was at one show where sound check delayed the event for more than an hour — but that simply caused a party to break out outside the venue. Sound was perfect, which is amazing given the range of artists and venues, and the only lighting complaints I had were due to artist choices, not the lighting crews.

There is no one “Big Ears Experience,” as we all take a personal journey dictated by our tastes, time, pace, stamina and more. I don’t have the technical understanding or the language to critique what I heard, but I’ll share my journey with you, mostly in photographs. I’ll include some in the body of each post and then I’ll put the gallery at the bottom so you can take a deeper dive if you are interested.

I tried to get to as many venues as possible and see as many artists as I could squeeze in. That said, I go to enjoy, not just to photograph and report. For that reason, and out of respect to the artists, I try to stay for entire shows. It isn’t always possible, but I try. I look for a blend of artists I know I’ll enjoy and artists that are intriguing and my stretch my tastes a bit. The journey for me included more than 52,000 steps, or about 22.1 miles of walking, though some of those “steps” were accumulated while dancing, 1,142 photographs and 46.5 hours of walking and listening.

I started my day watching Buckjumping at the Downtown Gallery. The excellent documentary covered the “social clubs” in New Orleans that include Mardi Gras Indians and more. I try to start with a film or two to start my festival because once the music starts, it’s hard for me to chose film over music. There’s enough great film to make its own festival.

I started my musical day at the World’s Fair Park Amphitheater, with Kronos Quartet, perennial festival favorites and always a good choice. It felt almost like a pre-pandemic moment, but the two masked members of the group served as a reminder, that we’re still there. Over the course of the weekend, I would guess that 30% to 40% of the audience wore masks indoors. All audience members were required to show proof of vaccination or a current negative test to pick up wristbands.

The amphitheater was packed and I wanted to see what it was like because I knew I probably wouldn’t take the time to make it back over. They were followed by SŌ Percussion and they were fun. I stayed only for a few minutes of that show because the first of two Patti Smith shows beckoned and I’d learned from a pretty good source she was limiting audience size to make the acoustic Mill and Mine performance “more intimate.”

Happily I made the cut and got to see a very sweet show. Patti forgot some of the words along the way, but we all laughed together and celebrated simply being together and in the positive energy of this powerful woman. She read some excerpts from her beautiful book, and one of my favorite books ever, Just Kids. In a sweet touch, her band now includes here own kid, Jackson Smith.

I left the Mill and Mine behind for the Tennessee Theatre and incidentally caught the last small part of Attacca Quartet, which was a delight pause before the advent of Sparks. I’m one of a legion of pandemic fans added to the Sparks camp thanks to the great documentary, The Sparks Brothers. I’d heard of them for years, but never heard their music that I remember. Perhaps the definition of quirkiness and eccentricity, the duo also has about fifty years of sometimes great, and always fun music. This was the most fun moment of the weekend for me — until Saturday night, which was its own thing.

I ended the night in a completely different mode with Low, back at the Mill and Mine. With their grungy sound and “slowcore” approach the trio, which has been around for thirty years, isn’t for everybody, but I loved their drawn out, slowly shifting songs. The grittiness of the music was a perfect follow-up for the slick pop of Sparks’ music.

It’s one of the great things about the festival that you can rocket from one end of the musical spectrum to the other just a few steps down the street. The unfortunate piece of the show was that the lighting was the worst that I experienced in the festival and it was all on the group. Visible only at times as silhouettes, the band was virtually invisible. I get it that it’s their choice and their thing, but I can listen to them on a smart speaker. I came to see and hear them.

I ended the night there and really enjoyed the concert despite the lighting. Just good music and friends to enjoy it with was enough. I’d thought to catch the Horcerer show at Pilot Light, but the line around the corner told me at best I’d squeeze into the very back. I got home about 12:30 am to grab some sleep and prep for the next day.