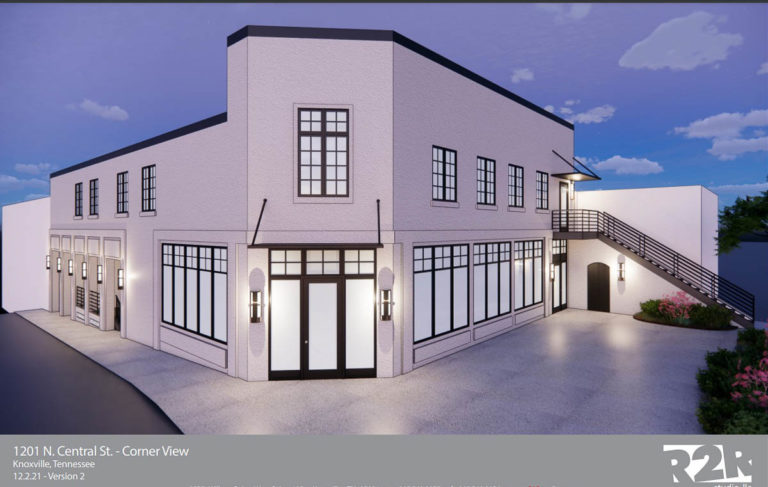 A central location in the heart of Happy Holler is undergoing a transformation behind a large plywood barricade. At 1201 North Central Street, which was most recently Friends Antiques, Jeffrey Nash and the Courtland Group have completed demolition and begun construction on what will bring both residential and commercial space to the property.

While he expressed some uncertainty, Nash thinks the building was originally a one-story firehall which, ironically, burned sometime early last century. When it was reconstructed, it was given a second story and the building went through a series of uses, including a bar with a billiard room upstairs. While the history may be uncertain, the changes over the years have left little of architectural or historic interest to be salvaged.

Nash purchased the property last summer and has demolished a small building that had been constructed along the front, leaving a significant setback from the street. Depending on the tenant for the downstairs space, the area could form a small landscaped courtyard of sorts facing the street, with outdoor seating, if appropriate.

The renovations to the building will result in ten apartments and 1600 to 1700 square feet of commercial space fronting Central Street. In order to construct apartments upstairs and in the basement of the building, additional egress is being added. Upstairs will include five apartments, while two units will be located behind the commercial space on the ground floor. Access to these units will be off Anderson. The basement will include three small studio units.

Completion of the project is expected around October of this year.