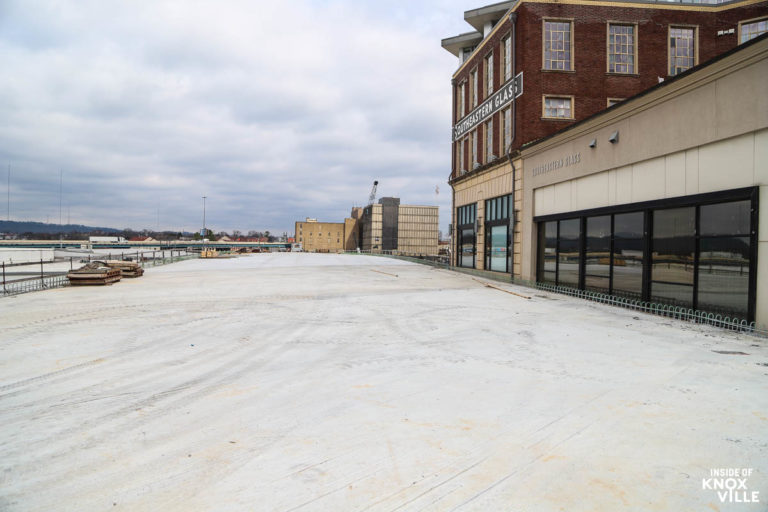 I was asked recently for an update on the Broadway viaduct, so I walked out and took a look. While TDOT isn’t the most communicative agency in town, it did generously leave the gate open for me to walk out on the new bridge. (Thanks, TDOT!) It’s connected on both ends and looks ready to drive across. Apparently, looks in this case, are in fact deceptive.

Work on the roughly ninety-year-old span was rumored for years and often appeared to be eminent, only to be delayed. Built with an expected life-span of about fifty years, the bridge had deteriorated past the point of requiring major repair. The work finally began in the last days of 2019.

Closed on November 3, 2019, work proceeded in phases, beginning with removal of utilities, followed by several phases of demotion and then construction. The final product should be much improved over the old version. A single lane of traffic will run in each direction, with a turn lane in between. Bike lanes will also be included in each direction.

The plans announced for the span (which you can read in detail here) were announced with a $17.4 million budget and an ending date of August 2022. It appears the August finish date is still in play, but despite appearances, it isn’t likely to be finished prior to that point. So, that’s eight more months of alternative routes. On the upside, most of us should never see it closed again.