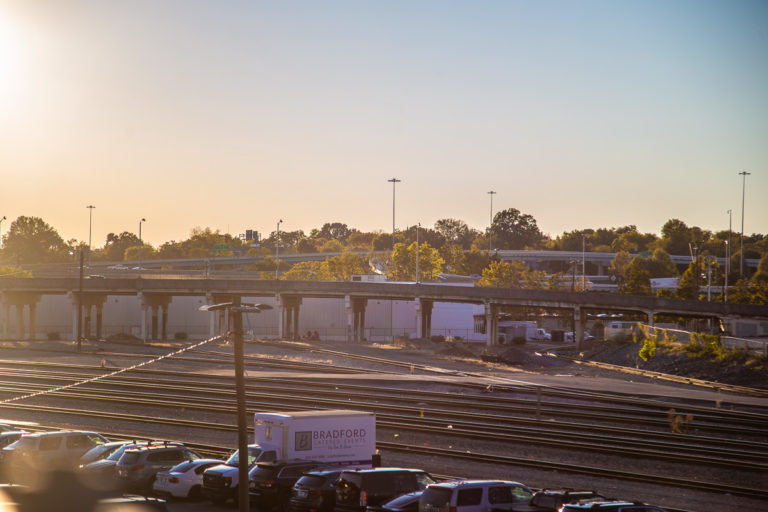 It’s hard to believe that two large viaduct projects that have been discussed for many years are finally becoming reality. The removal of the Jackson Avenue Ramps is already underway, and work on the removal of the Broadway Viaduct over the train tracks is beginning soon. That the two of them are happening at the same time will make the projects more challenging for commuters and for businesses in the impacted areas.

The Broadway Viaduct and the Jackson Avenue Ramps each serve as main connectors for traffic and pedestrians. The Broadway corridor serves as a primary north/south connection for commuters from Halls and Fountain City south to Seymour, and vice versa. Turning from Broadway St. onto Jackson Ave. also serves as a main entry into the Old City. Businesses such as Balter Beerworks, Sweet P’s Barbeque, Knox Whiskey Works, and The Standard are located at the heart of both projects.

The $17.4 million Broadway Viaduct removal project is set to start November 3, when the viaduct will close at midnight. Bell and Associates, the same company replacing the Jackson Avenue Ramps, will also complete this project. The current estimated traffic for the corridor is just over 10,000 vehicles per day, meaning those vehicles will have to be routed elsewhere. In an interesting aside, TDOT estimates traffic over the next twenty years will only grow to just under 11,000 vehicles per day.

The initial phase of the project will include moving related utilities, with demolition being some months away. Demolition will begin on the north side of the viaduct and will be in two phases. The second phase, demolition of the south end of the viaduct, will be complicated by the business located in the rail yard beneath the viaduct and by the Southeastern Glass Building, which is attached to the south end. Some windows on that building will have to be boarded during that stage of demolition.

The project is necessitated by the deterioration of the viaduct, which is about ninety years old. The average life span of this type of construction is generally estimated at about fifty years. Once the structure is down, it will be replaced by two bridges of, “steel welded and pre-cast, pre-stressed concrete beams with concrete decking,” resulting in, “two bridges constructed with (an) alignment break,” according to the presentation at last night’s meeting at the Emporium on Gay St.

The viaduct will include bike lanes on both sides and one lane of traffic moving in each direction. TDOT officials insist one lane in each direction can handle the traffic load comfortably. A center “turn” lane will also be included. This is for separation of the lanes and also to provide a turn lane at each end of the bridge to improve traffic flow.

A series of alternate routes are being recommended, varying slightly for through traffic and local traffic. Through traffic is primarily to be routed from Henley St., via Summit Hill Dr., to Hall of Fame Dr., and then back to Broadway St. going north, and the reverse going south. Local traffic is to be routed similarly, but using Fifth Ave. to connect between Hall of Fame Dr. and Broadway St. Central Ave. was avoided in the detours because of random train blockages. Magnolia Ave. will remain open. Depot Ave. west of Gay St. will not.

The project is expected to be completed by August 2022, meaning local commuters will be without the viaduct for nearly three years, if that estimate holds true. Rachel Bentley is the Project Supervisor, and the website for the project may be found here. The maps you see in this article have not yet been added to the site, nor has a helpful video which was shown at the public meeting. Presumably that will be added, along with contact information for Ms. Bentley.

On a more personal note, please patronize the businesses in the impacted area. This will, no doubt, be a difficult time for them.