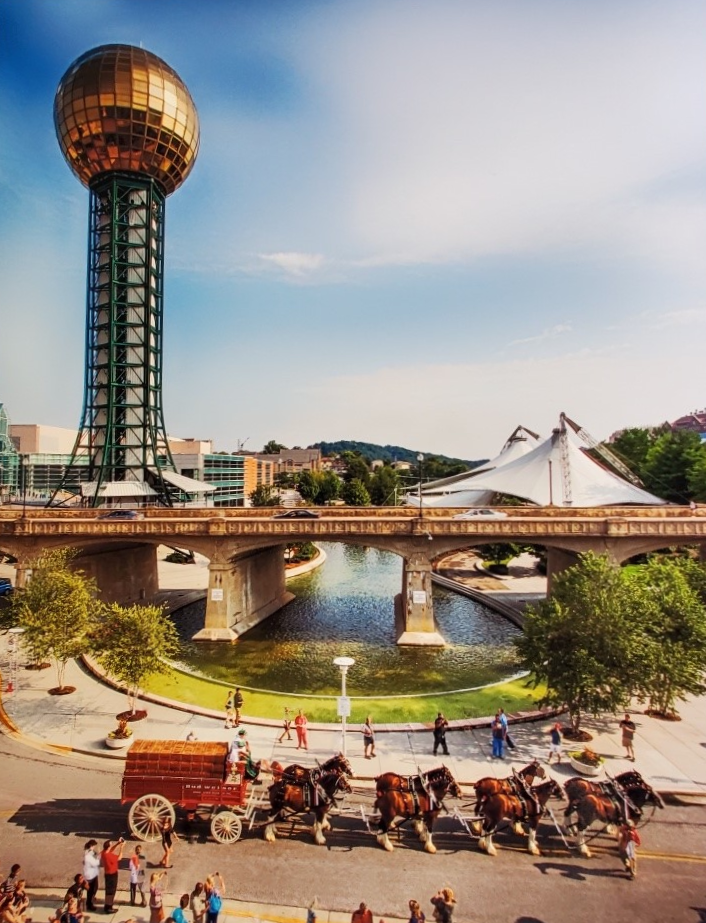 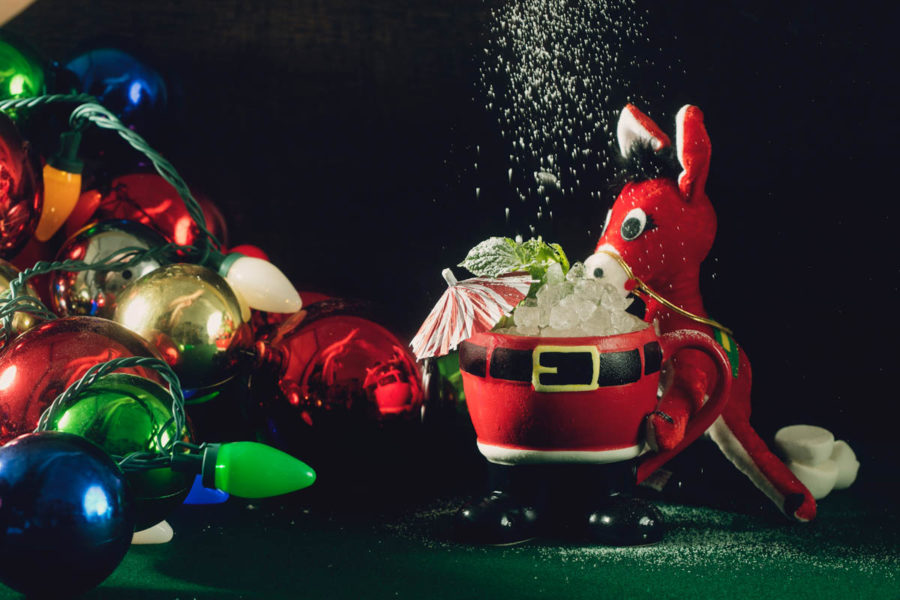 It’s been a while since I introduced you to “Miracle on Gay Street,” which ran successfully for three years at Sapphire, including last Christmas season, before the cocktail bar closed its doors for good in that location (don’t be surprised if it re-emerges down the road). Read the link above for details on the history of the event which links New York City and Tibet in one small story.

The event is licensed only to select locations each year and this year it appears at Brother Wolf, “Knoxville’s new Italian Negroni bar,” in the old city. Aaron Thompson and Jessica “Rabbit” King, owners of Sapphire, as well as the new Brother Wolf (and its sister Osteria Stella), along with the soon-to-arrive Lilou French Restaurant have again been given the rights to present the pop-up, this time at Brother Wolf. 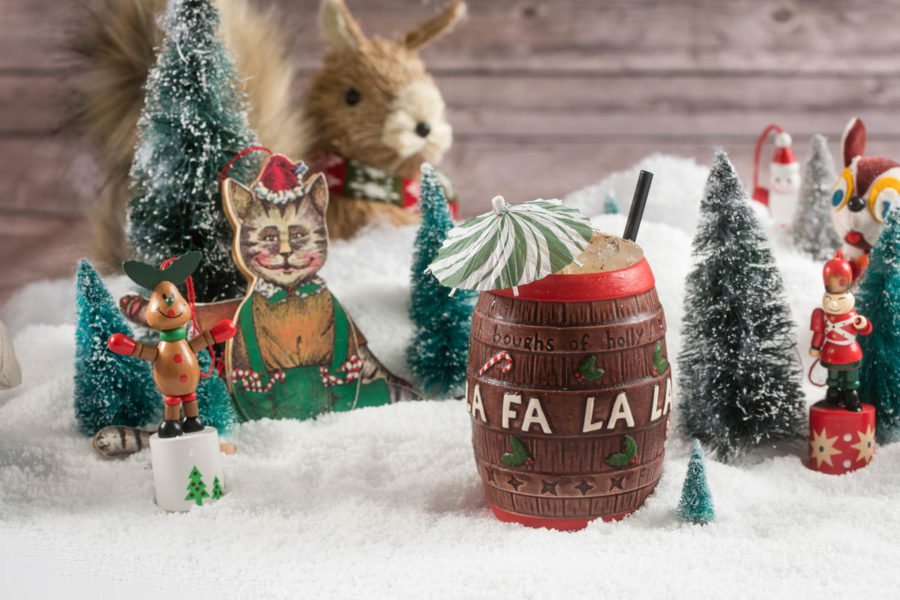 So what will you find? “Cocktail Kingdom’s beloved Christmas promotion that takes place in top craft bars across the U.S. and internationally, it includes whimsical seasonal cocktails, unique barware and over-the-top decorations.” Thompson said,

“We are beyond excited for Brother Wolf to take part in the Miracle Holiday Cocktail Pop-Up this year and the only bar in Knoxville to be invited to participate. Especially coming out of a very challenging 2020, we can all use some unabashed holiday cheer, conviviality and good times that this pop-up brings to the heart of Tennessee. We are looking forward to reuniting and raising toasts with our regulars and seeing new smiling faces. There is no better place to make merry than at Miracle at Brother Wolf.” 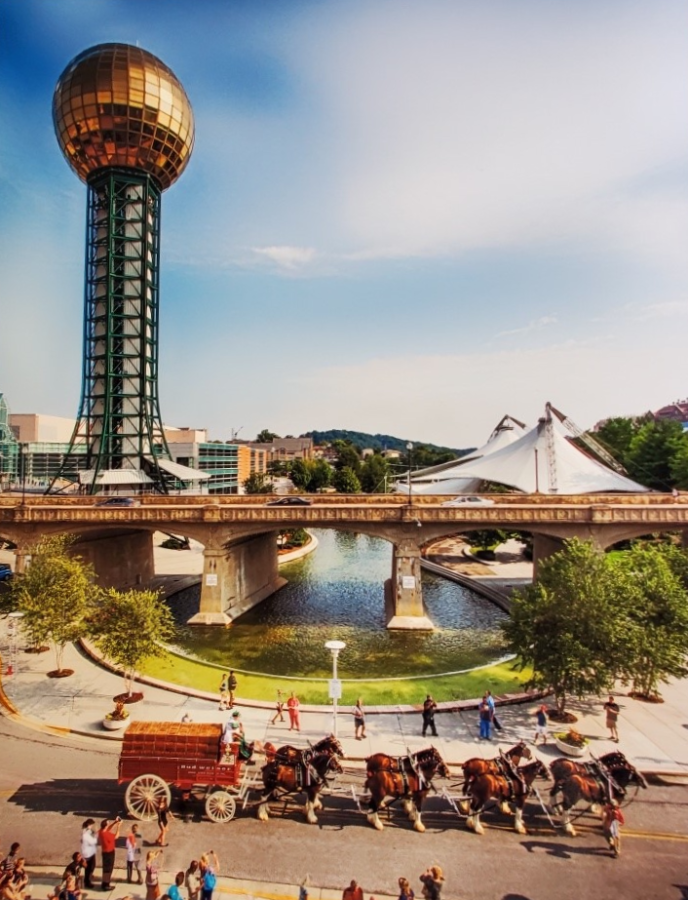 Ok, I’m going to be honest — I don’t really know if they are mares. They could be stallions, but that wouldn’t have gone very well in a caption with “miracles,” so sue me. In any case, it’s the Clydesdales (which also wouldn’t have worked, though I could have gone with “Cocktails and Clydesdales.”)

Sunday afternoon, the Clydesdales come to the World’s Fair Park and the public is invited to the kick off of the 40th anniversary of the World’s Fair coming to our Scruffy City. You’ll recall that event provided the genesis of the term “Scruffy City,” as wikipedia reports,

There was skepticism, both locally and nationally, about the ability of Knoxville, described as a “scruffy little city” by The Wall Street Journal in a 1980 news article, to successfully host a World’s Fair.[3]“

Well, we defied the skeptics and, according to that same Wikipedia article, we cleared a cool $57, but somehow managed to come out of it with debt. I’m not sure how both are possible. Still, the fair was massively attended and was considered a success by that standard. And now we have a Sunsphere, an amphitheater and a park.

And so, we celebrate this Sunday afternoon. The hitching of the horses happens at 12:30 am and photo ops for everyone start at 1:30 pm. To get you in the mood, here are a few photos that should bring back some memories. Beyond that, there are two videos below. One shows some highlights of the fair and the other covers the entire opening festivity featuring Dinah Shore, the Fisk Jubilee Singers, Porter Wagner, Ricky Scaggs and some beautiful 80’s fashionwear.