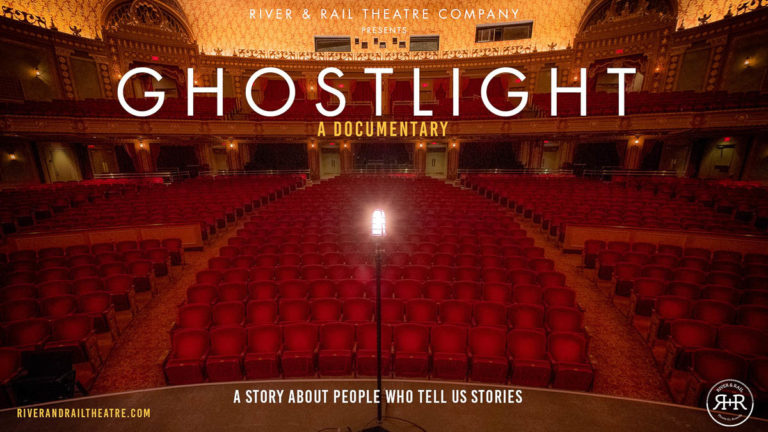 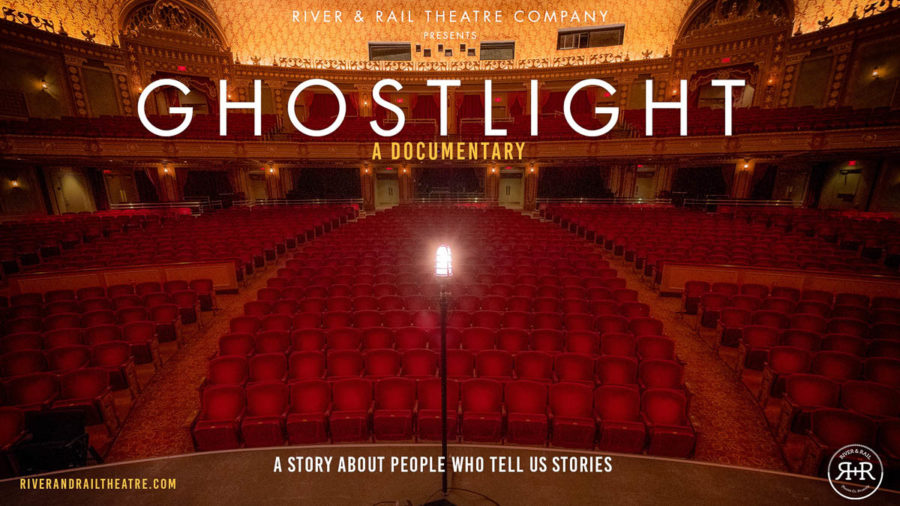 There are a couple of movies with local ties that are garnering attention recently. We’ll look at one today and another tomorrow. First up is Ghostlight, a documentary feature film produced by River and Rail Theatre Company. While the movie remains in production, I was fortunate enough to be invited to a private screen testing for the movie.

The title derives from the theater industry practice of leaving on light glowing on the stage after the performance ends. As the COVID-19 pandemic began and theater companies shuttered their doors, the light became a symbol of determined resilience, a sign that they would survive this and return. Survival in the interim is the focus of the movie.

River and Rail, realizing the historic nature of the shutdowns, began this project in March 2020, identifying nineteen artists and asking them to record the lives of themselves or their families for the duration of the pandemic. The group met weekly via zoom and that was recorded, as well. The project was continued to the end of 2020, stopping with the turn of the new year. The result was seven hundred hours of footage which has been edited down to the length of a feature film.

The artists taking part in the production included directors, actors, musicians, poets, filmmakers and more. The soundtrack for the movie was entirely written and performed by the musicians included. The focus was simple: What does an artist do when their medium disappears?

While some of the issues faced by the participants were unique to their status as artists, the film also recorded the same struggles and complications many of us faced. Much of it brought back memories as I watched. As a group, many live on the financial margins and the financial impact of losing work was felt keenly. Some volunteered, started new projects or taught their children at home. Many went through phases where they knew they should try to be productive, but simply couldn’t bring themselves to do so.

When one participant asks, “What day is it?,” it evoked what many of us felt as each day seemed the same early in the lockdowns. Some found themselves facing painful parts of their past they had blocked with the business of their pre-pandemic lives. The killing of George Floyd and the Black Lives Matter movement profoundly impacted some of the group, illustrating the layers of frustration, anger, and helplessness many experienced during the period.

With so many focusing their lives on their community of performing artists, their loss was profound. Some spoke to the camera about dealing with family members who had accepted conspiracy theorists. They told of missing family, of depression, and anger. Some were spending money they had saved to further their career.

As the months moved forward, the participants knew people who contracted COVID-19, got the virus themselves, and lost people they loved. Life continued and with it came love, loss, pain, hope and then the joy and hope of a vaccine. While documenting those who are members of a particular group, the film captured universal experiences of the period.

Applications have been submitted to a range of festivals with hopes of securing wide distribution for the project. I will personally be hoping the final product can be experienced by a wide audience. It feels like an important document, both historic and personal.