Patti Smith and Others Announced for Big Ears 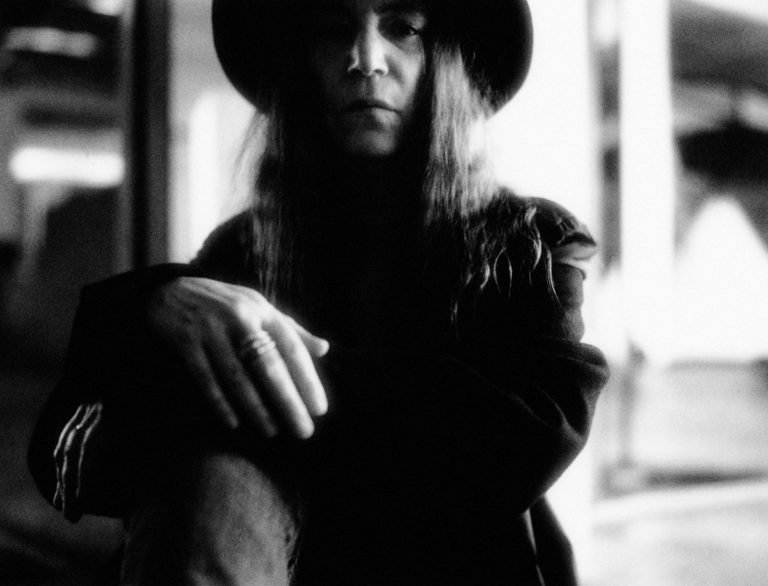 If you feel a bit of déjà vu with this announcement, you can be forgiven. You aren’t imagining things. Almost two years ago a similar announcement was made that Patti Smith and her band would perform at Big Ears 2020. That festival and the next were ultimately canceled and it was easy to assume that Knoxville might never be graced with one of rock and roll’s greatest poets. Today’s announcement changes that narrative.

Not only will Smith perform with her full band, she will also contribute a night of acoustic music and poetry to the festival. Hailed for her music over the last five decades, Smith is also known for her poetry and her National Book Award winning Just Kids which beautifully chronicles her time with Robert Mapplethorpe. (Ed note: It’s one of the best books I’ve ever read. Even if you have no idea who the protagonists are, the writing is completely captivating and and, word-for-word, simply beautiful.)

Hailed by Rolling Stone as one of our 100 Greatest Artists of All Time, Smith galvanized the New York punk scene in 1975 with the release of her debut album, Horses. She is both a member of the Rock & Roll Hall of Fame and a Commandeur of the French Ministry of Culture’s Ordre des Arts et des Lettres, in recognition of her significant contributions to the arts. Smith won the National Book Award in 2010 for her memoir, Just Kids, which chronicles her friendship and artistic journey with photographer Robert Mapplethorpe. She has since published several other acclaimed collections of poetry and prose, including 2019’s The Year of the Monkey.

Just three weeks ago Smith electrified London with performances at Royal Albert Hall. The Guardian raved, “The punk legend and poet laureate of dissent returned to London with the apparent intent to wring blood, sweat, and love out of every second of stage time.” NME simply declared, ” . . . it becomes crystal clear: Patti Smith is the world’s greatest living rock star.”

While the most well known names may attract the headlines, the best surprises and most talked-about performances are often the artists whose work isn’t as widely known in popular culture. The appearance of a host of additional performers were also released today and are included below. They will likely steal their own respective Big Ears moments in 2022.

In addition to their participation in Big Ears’ celebration of the music of John Zorn,John Medeski plays a rare solo piano recital and guitar wizard Julian Lage performs with his crackerjack trio.Ideally matched in their innovation and vision, guitarists Marisa Anderson and William Tyler play music from their new Thrill Jockey release, Lost Futures.Mind-blowing fingerstyle guitarist Yasmin Williams brings her abiding sense of invention to a solo set. Celtic harpist Maeve Gilchristis entirely redefining the use of her instrument; she plays a solo set highlighting material from her acclaimed recent release, The Harpweaver.

GEORGE—a new collaboration between percussionist John Hollenbeck, saxophonists Aurora Nealand and Anna Webber, and microtonal musician Chiquita Magic—makes its debut live performance. Cornetist Ben LaMar Gay leads a quartet playing music from his highly anticipated new album, Open Arms to Open Us, which is being co-released by Nonesuch Records and International Anthem. Celebrated clarinetist Evan Ziporyn plays a solo program of his own compositions, as well as the world premiere of a newly discovered late-1960s piece by Philip Glass. The duo Mind Maintenance features decades-long collaborators Joshua Abrams and Chad Taylor performing a focused and enchanting set on the Gnawa guembri and the Zimbabwean mbira.

Sound collagist and composer Claire Rousay plays a set that showcases gorgeously whispered melodies and meticulously assembled found sounds. A pair of Philadelphia-based saxophone titans, the 82-year-old Odean Pope and the 24-year-old Immanuel Wilkins, are joined in a trio at Big Ears by the fine Danish drummer Kresten Osgood. Finally, acclaimed Chicago-based chamber collective Ensemble Dal Niente is joined by path-breaking saxophonist Ken Vandermark for a new piece composed by Roscoe Mitchell; in addition they offer a marathon of free-to-the-public performances throughout the festival weekend at the Knoxville Museum of Art.

This festival transforms downtown Knoxville into the scene for an international happening. If you have never experienced it, please get your tickets before they are gone. Past festivals have sold out with heavy attendance from all over the world. This one will be no exception, and with the pent-up demand for live performance, it could sell out more quickly than any in the past. Tickets (as well as performance clips from many of the artists) are available here.