Big Ears Evolves and Grows: A Conversation with Ashley Capps 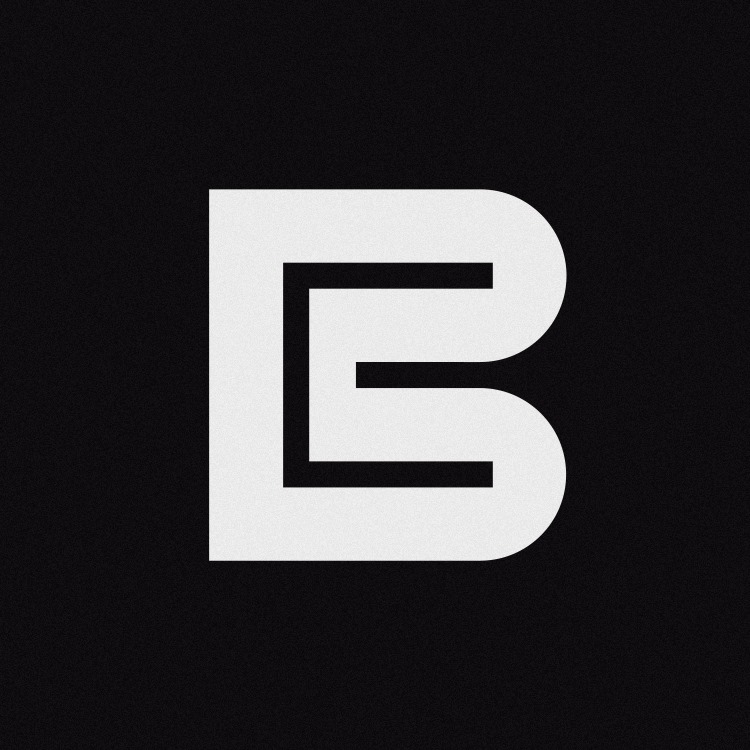 At the pivotal moment in March 2020, just before we understood that the world was about to be quite different for an extended period of time, the annual Big Ears festival was ready to explode onto the Knoxville scene with one of its best and most ambitious line-ups ever. It was not to be, of course, and thoughts of moving to later in 2020 or even to spring of 2021 soon faded. For the organization it may have expedited storylines that had already taken seed.

A successful series of streaming events in the spirit of the festival, though different from anything that came before it, launched during the pandemic. More recently, a series of sold out, socially distanced shows at the Mill and Mine concluded with a show by Amythyst Kia. Employees were added to the organization which had essentially been one person, with large backing from others. An office was secured. And the leader of the organization, Ashley Capps, officially stepped away from his ownership and leadership roles in A.C. Entertainment, allowing him to devote more time to molding his vision of Big Ears into reality.

“I was facing a ‘great’ dilemma: Did I want to continue what I’d been doing for the last thirty years, or did I want to free myself up for some new adventures? It was time to do that, as well. It was a combination of what I felt was best for the company and what I also thought was healthy for me.

“I think Big Ears offers an extraordinary opportunity for the community. When I originally launched it, I would never have dared predict the kind of response it has received nationally and internationally. In some ways, it feels like a responsibility. It’s a lot of fun and it is a project that really absorbs me and I’m passionate about, but it also feels like a unique opportunity” to explore the idea’s full potential.

He does point out that, while it is all a natural progression that had been set in place, “The pandemic does figure into all of this.” He had sold the remaining interest but continued working with the company during the transition. When the pandemic hit and everyone was sent home to work, his role became murkier. As the company made the decision to close the local office space (along with about two dozen other Live Nation offices) permanently and have workers continue working at home, he felt more than ever, it was time to make his next move.

“The most fortunate among us had time to think ‘what do I want to do?’ In some ways it opened up a whole new set of possibilities and also a new awareness, thinking about how you want to spend your time and what do you want to spend it on? That combined with changes going on in the industry . . . it gradually became apparent to me it was time to move on.” He said events like Bonnaroo benefit from a younger perspective. “Change is healthy and this feels like a really healthy change.”

As Live Nation closed offices, Big Ears opened their first ever office at 514 West Jackson Avenue. Saying he enjoys working from home, he also said there are times when the collaborative energy of having the team in the same room is helpful. The office opened in mid-May and the entire team shares one large space. “For me, it was refreshing and so much more productive.” He sees the benefits of both ways of working and the team will flow between home and office as needed and desired, but without holding typical office hours.

The team currently consists of four full-time Big Ears employees: Ashley is the Executive Director; Aaron Greenwald (who was the first employee, starting in February 2020) is Managing Director, Bryan Crowe (who was Ashley’s assistant at A.C.) is Producing and Coordinating Projects; Casey Fox became the latest employee, as Development Director, on May 17, the day the new office opened. He pointed out that Big Ears never had a full-time employee until Aaron and has grown rapidly in recent months.

While A.C. Entertainment was contracted as the producing entity of the Big Ears Festival, that arrangement has ended. Future festivals will be mounted by the group at Big Ears, with support of many others who help temporarily, as they have in the past. “It sounds formidable, and it is not without its challenges, but we’ve developed a really great network of people over the years.”

While the focus will remain on the annual festival, particularly as it gets closer, the organization is looking at other ways to serve the community, year-round. He pointed to the streaming events and the April performance of Inuksuit at the Knoxville Botanical Gardens and Arboretum as examples of what the future might hold. “Our initial impulse was simply to be active. We were missing what we did and looking for opportunities to do it. At the same time, we feel there is an opportunity for us to have a greater impact on the community. It’s part of our evolving strategic plan.”

He did point out that presentations and performances Big Ears will pursue during the year will bear some relation to the festival as they attempt to fill a void in a certain type of arts programming. Many of the musicians involved in the single events are festival alums or are going to play a part in future festivals.

Planning has been underway for the 2022 festival since early this year. Ashley hinted that Julian Lage, whose trio is set to play at St. John’s Cathedral this December, will play a large role in the festival the following March. Ashley said that it feels good to be able to have a greater level of certainty that a festival can be planned and executed – a feeling that was missing a year ago. Little was certain about the pandemic and artists were not willing to commit.

Regarding the events scheduled for this year, he felt something was needed for the community as we exit the pandemic. Most of the concerts or events are not ticketed and the Aslan Foundation agreed to make that financially possible. Both Aslan and Pilot are current major supporters, but Aslan has been heavily involved since Big Ears returned to Knoxville in 2014 and has allowed the festival to grow. He credits Jim McDonough, who died in March of this year, with reaching out that year on behalf of the Aslan Foundation and ensuring the festival would continue.

There are three performances or projects currently announced for the remaining months of this year. The first is tonight at Lakeshore Park. Tonight’s performance is free to the public. From the website:

Cormac McCarthy’s iconic novel, Suttree, set in Knoxville in the 1950s, chronicles four years in the life of Cornelius Suttree, who has abandoned a life of privilege, lives in a dilapidated houseboat on the Tennessee River, and spends his days navigating the gritty underside of the city amidst its outcasts and eccentrics. On Thursday, July 8, the Big Ears Festival will present Suttree’s Knoxville: A Hymn to the Past in Film & Music, an outdoor multimedia experience offered free-to-the-public at West Knoxville’s beautiful Lakeshore Park, where the Tennessee River and the Smoky Mountains serve as a stunning stage set for the evening. Tennessee Archive of Moving Image and Sound (TAMIS) archivist Eric Dawson has drawn from TAMIS’ extensive collection of film footage and photographs from Knoxville in the 1950s to create a riveting 70-minute silent film that mirrors the scenes, places, and character of McCarthy’s landmark book.

The film will be projected onto a 40-foot-wide screen and scored live by an all-star ensemble of musicians, including Knoxville’s inaugural poet laureate RB Morris with guitarist Greg Horne and bassist Daniel Kimbro; jazz singer and ukulele player Kelle Jolly with saxophonist Will Boyd; balladeer, guitarist, and folklorist Jake Xerxes Fussell; and guitarist and composer Bill MacKay with banjo player and old-time music expert Nathan Bowles. RB Morris will read key passages from the novel during the performance.

The performance takes place on the main lawn at Lakeshore Park and is free and open to the public. Music will start at 8pm and the film with live score will begin at 9pm, just as the sun is setting. There will be ample free parking on-site. Sweet P’s Barbecue will offer food and beverages, along with Captain Muchacho’s and Fai Thai food trucks.

Suttree’s Knoxville is made possible with generous support from the Aslan Foundation.

Big Ears is excited to announce that composer Ellen Reid — 2019 Pulitzer Prize for Music winner and Oak Ridge native — will create a version of her signature work, SOUNDWALK, at Ijams Nature Center in Knoxville. The work consists of music composed by Reid specifically for the project — recorded by her own all-star ensemble, as well as the renowned Kronos Quartet. Accessible on your smart phone by downloading a free app, the work uses GPS to unfold and transform as a listener wearing headphones walks through Ijams’ network of trails.

Conceived to be installed in multiple cities simultaneously, Reid launched her initial SOUNDWALK in September of 2020, in conjunction with the New York Philharmonic Orchestra, mapping the entirety of New York’s Central Park. Other presentations of SOUNDWALK have now been offered in Los Angeles at Griffith Park and in San Francisco at Golden Gate Park, among other locations. Now, Reid is excited to bring a SOUNDWALK to her native East Tennessee.

SOUNDWALK consists of musical cells, carefully crafted by the composer to harmonize with the surrounding landscape, with surprises — musical “Easter eggs” — hidden within to accentuate some of the special features of the nature center. The choice of paths and the pace at which they are explored determine the music each listener hears, ensuring that no two visits are ever quite the same.

SOUNDWALK at Ijams Nature Center will launch in September of 2021, in conjunction with the announcement of the lineup for Big Ears 2022, scheduled for March 24-27. SOUNDWALK will be at Ijams for one year.

Hailed as one of the most prodigious guitarists of his generation and “highest category of improvising musicians” (The New Yorker), Julian Lage has spent more than a decade searching through the myriad strains of American musical history via impeccable technique, free association, and a spirit of infinite possibility. The California-born New York-based musician boasts a prolific resume on his own accord in addition to collaborating with Gary Burton and John Zorn, as well as duo projects with Nels Cline, Chris Eldridge, and Fred Hersch, among others. As Lage set out to record his debut for Blue Note Records, the virtuoso guitarist reflected on the label’s storied history and the way his own music connected with it. The result is Squint, a striking new album that weds incisive, expressive songwriting with the profound interplay Lage has honed over the past few years with his deft trio featuring bassist Jorge Roeder and drummer Dave King.

You will find greater detail at the Big Ears website, along with a link to purchase tickets to the December performance.