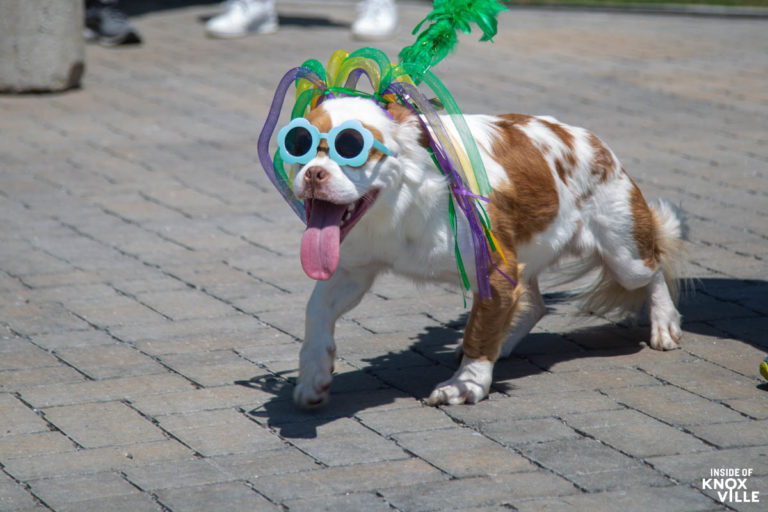 On a warm June day, Mardi Growl returned after a year hiatus. The date was moved from the traditional near-Mardi Gras season. The crowds were smaller. The location was different, as the event moved from Gay Street and Market Square to the World’s Fair Park. But, despite the bleak outlook earlier this year, Young Williams Animal Center was able to make it happen and that is enough cause for celebration.

The performance lawn at the World’s Fair Park may be the festival site of choice for the future. With ample space, solid infrastructure and lots of near-by parking, it checks a lot of boxes. It’s a bit more of a hike from the center of the city, but it is workable. It is also reasonable to ask at this point if having so many festivals on Market Square is as helpful and necessary as was once the case.

The event offered the spaying and neutering and rabies vaccinations of past events. Rather than Market Square restaurants, food trucks offered the dining option and a large covered eating area provided shelter from the sun. Merchants offered doggie wares and a stage for music and for judging anchored the north end.

The stars of the event, of course, are the pups and there were plenty, though, as with the crowd, the number was smaller than previous years. The parade for the judges allowed for better views for spectators than the route along Gay Street because the dogs more-or-less came one at a time. There were various categories to be judged, but mostly it was fun seeing the happy dogs and their costumes — as well as lots of happy children.

Enjoy the shots and we’ll look forward to next year as events grow back to their previous size. For now, just to be together and to celebrate wonderful events together is enough.