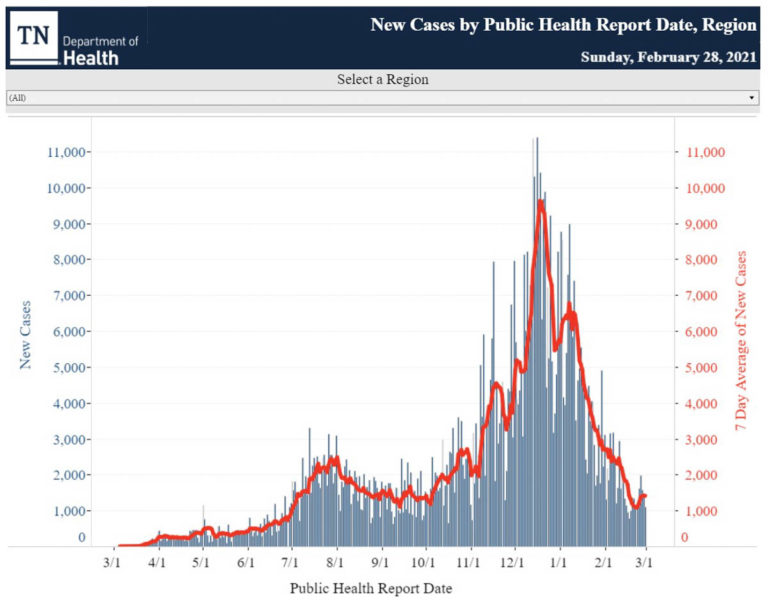 I hope you had a great weekend. We got a little surprise sunshine that prompted some bonus balcony time. I need the fresh air because apparently, I have wrinkles. I had never noticed, but Urban Boy pointed it out this weekend. Ever helpful, he suggested that Urban Woman might be able to iron them out. Now I’m sleeping with one eye open on the chance he might decide to do the job himself some time in middle of the night.

114.7 million people around the world have been diagnosed with COVID-19 since the beginning of the pandemic. The number of cases increased by about 2.7 million in the past seven days, up about 100,000 from the previous seven-day period. It marks the first increase in case rate in weeks. The seven-day average for new cases is 385,397 per day, up about 25,000 from the same day last week.

Over 90.2 million people have recovered from the virus, while 21.9 million people currently have confirmed cases of the virus. Active cases declined about 300,000 over the last week. This marks the third consecutive week with a decline in active cases.

2,543,310 people have died because of the virus, including over 62,800 in the past seven days. That number fell by about 3,000 from the previous week. The current seven-day average for deaths is 8,977 per day, down just over 400 per day from a week ago. The current rate remains similar to that of mid-November.

While many countries are attempting to open their economies, others are experiencing surges and are locking down, once more. Finland has closed restaurants and bars for the month of March and all students over 6th grade have been shifted to virtual instruction. Norway has done the same. A new variant identified in Finland may not be detectable by current COVID-19 tests. Czechia has entered a strict lockdown, limiting travel across the country and has deployed 30,000 police to 500 checkpoints to enforce it. The Philippines has started its inoculation program, while polls there show as many as two thirds of the country’s 108 million citizens are skeptical of taking it.

The U.S. has reported about 29.3 million cases of COVID-19, including just under 500,000 this past week, like the week prior. About 19.7 million Americans are recovered, while just over 9 million currently have an active case of the virus. The number of active cases declined by about 300,000 over the past week.

525,780 Americans have died of the illness, including 13,929 in the past week. The number of deaths recorded for the week is 43 higher than the week before. What is notable about the small increase is the fact that deaths had been declining for weeks and have now either paused or are rising.

Yesterday, 49,433 new cases were reported in the country and 1,285 deaths were added to the total. Relative to the same day the previous week, new cases fell by almost 8,000, while deaths increased by 38. New cases are averaging 68,966 per day, down 39 from a week earlier. The rate of new cases remains like that in late October.

The U.S. is averaging 1,989 deaths per day over the last week, up six from the previous week. Death rates remain like those in early December.

Among the same group, the U.S. continues to rank seventh in deaths per million. The U.S. ranks first in total testing, but has dropped to 9th in per capita testing, down a spot from last week. In vaccinations, the U.S ranks third in those fully vaccinated, behind Israel (37.9%) and Seychelles (24.3%), at 7.5% fully vaccinated. The U.S. number increased from 5.7% a week earlier.

The top five states in per capita cases remained the same: North Dakota, South Dakota, Rhode Island, Utah, and Iowa. Tennessee is sixth. The same five states lead in per capita deaths, though Rhode Island moved up another spot (it moved up one last week, as well): New Jersey, New York, Rhode Island, Massachusetts, and Mississippi. Tennessee moved up a spot to 18th in per capita deaths. Alaska leads the U.S. in first vaccinations (23%) and second vaccinations (12%), while Tennessee is in a two-way tie for 47th in one vaccine administered (13%) and in a three-way tie for 41st in second shots (6.7%).

The biggest news of the week is the authorization of use of the Johnson and Johnson vaccine. The vaccine is being shipped to states today and the company promises 20,000,000 doses will be delivered by the end of the month. The vaccine is a game-changer in several ways. Requiring only one shot, it cuts in half the workload on vaccinators, and it removes the issue (apparently a big one) of people not showing for a second vaccine. It can also be stored and normal refrigerated temperatures and does not require specialized shipment and storage.

While some concerns were raised regarding its effectiveness, which at 66% is far below the 95% or so of the Moderna and Pfizer vaccines, those concerns may be over blown. For example, a flu vaccine would be considered highly effective at the lower number. Additionally, these are numbers related to catching the virus. In comparisons between the vaccines of patients getting serious or fatal versions of the virus, the J&J vaccine may be the best of the three.

The New York Times examines possible explanations for the decline in testing in the U.S. (30% drop in recent weeks). Houston, which has done genome testing on coronavirus cases from the beginning of the pandemic, has found every known variant, though some in small numbers, in their metro area. It is unclear what, if anything, this means. Event with all the variants, there has been no recent surge in cases in the Houston area.

The stimulus bill has passed the house along partisan lines, with no Republican support. It has now moves to the Senate, though the parliamentarian there has determined the $15 minimum wage increase cannot be included if the bill is to be considered and back-up plans to include it have been abandoned. The senate is hoping to beat a March 14 deadline on the bill, which could get checks out to Americans by the end of the month.

749,863 cases are now considered inactive, while 13,730 Tennesseans currently have an active case of the virus. Active case numbers continue to drop, with the current number about 2,600 fewer than a week earlier. This most recent number represents the lowest number of active cases in the state since October 3 (13,502).

An additional 19 COVID-positive Tennesseans were hospitalized yesterday, bringing the pandemic total to 18,605. The number of current hospitalizations, after pausing for a few days, has resumed a slow decline. With 882 COVID-positive Tennesseans hospitalized as of Saturday, the number has fallen by about 80 from the same day a week earlier. ICU (246) and ventilated patient (132) numbers also continue to fall slowly, with the former down 34 in the last week and the latter down by 27.

Since the last article, the state reported 56 COVID-19 deaths on Friday, 16 on Saturday, and 18 on Sunday, or about 14 more than the previous weekend. The seven-day average for deaths from the virus is 40 per day, up from 29 a week earlier.

Reported tests averaged just over 15,000 per day for the weekend, up from about 10,000 per day the previous weekend. Just over 11.4 thousand tests were reported yesterday, with a positive test rate of a (relatively) excellent 6.77%. The state has given almost 6.8 million tests since the beginning of the pandemic. Johns Hopkins University is reporting a 9% average rate over the last week and shows the rate declining, once more.

The pace of vaccinations in the state has increased significantly. In its most recent update, the state reports 1,368,885 vaccinations have been given to state residents. While only 4,687 tests were given yesterday, only 1,582 were given the previous Sunday. More importantly, 250,662 were given in the last seven days, nearly three times as many as in the previous seven days. 475,579 Tennesseans are fully vaccinated, while 12.54% of state residents have had at least one shot.

At the current rate, all state residents would be vaccinated in the next 343 days, or by February 7, 2022.*

*As previously noted, this assumes 100% vaccination for all residents in the state. Some will decline, some will be excluded due to health or age concerns (there are no currently plans to vaccinate small children), and most scientists agree that 70% to 80% vaccination rates produce herd immunity.

Since Friday’s article, the Knox County Health Department reported 73 additional cases on Saturday, 68 on Sunday, and 35 today, or 54 fewer than the same three day stretch a week earlier. The 35 new cases reported today is the lowest number since August 26 (34).

New pandemic totals for the county include 39,909 confirmed cases and 7,056 probable cases. 45,084 cases are considered inactive, while 1,345 Knox County residents are currently confirmed COVID-positive. The number of active cases in the county is the lowest it has been since November 4 (1284).

54 COVID-positive Knox County residents are currently hospitalized, with a total of 1,259 hospitalized at some point during the pandemic. While the number has held steady in the 50s for ten consecutive days, it dipped to 51 yesterday, tying the number from one week earlier which was the lowest number reached since October 7 (also 51).

Over the three-day period, only one death was reported. The death, reported today, was of a person between the ages of 45 and 64. The two consecutive days with no deaths reported (Saturday and Sunday) were the first since October 23/24.

The state is reporting an 11.7% positive test rate for the county, down 1.2% from the same day a week earlier. County vaccination numbers have been updated and indicate that 98,730 vaccinations have been given locally. 63,444 county residents have had one shot, while an additional 35,001 are fully vaccinated. 13.49% of all county residents have had at least one shot.

As of Friday afternoon, the Knox County School system is reporting 88 active cases of COVID-19, down from 137 a week earlier and down three from the previous day. 3,283 students and staff are considered recovered, while 907 are currently in quarantine or isolation. Of the 907, 822 are students and 85 are staff members. The number in isolation/quarantine is down about 600 from a week earlier.

The metrics are slightly worse than I last reported. Student attendance remains green, but teacher attendance has dropped to yellow. Cafeteria and bus service remain green, while custodial support has dropped to red, joining and substitute availability at that rating. All schools are currently offering in-person instruction.

The University of Tennessee reports just 59 total active cases of COVID-19, the lowest since January 18 (51). 10 new cases have been reported over the last three days, six fewer than last weekend. 2,919 students and staff have recovered from the virus and 331 are currently in isolation or quarantine, down 54 from the same day a week earlier. Of the 331, 37 are staff members, 198 are residential students, and 96 are non-residential.