How Well Has Knoxville Tourism Survived the Pandemic? 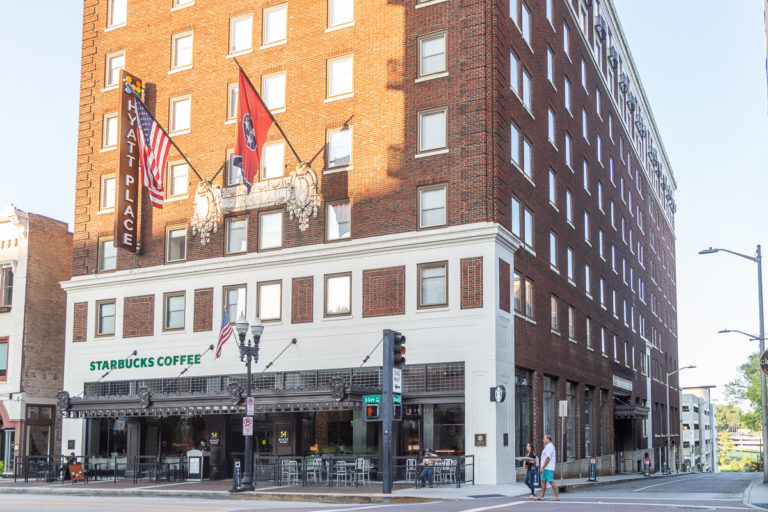 We all remember last March when hotels suddenly emptied and it seemed the world stopped traveling all at once. There was no way to anticipate what awaited in the coming months, but serious changes were clearly not simply temporary. As the pandemic lingered, it was hard to imagine anything but severe harm to our tourism industry.

Visit Knoxville recently released their annual report on 2020 and the impact the pandemic has had on the tourism industry is readily apparent, though it might surprise some to know it remained as strong as was the case. While many people did not travel during the last ten months of 2020, a perhaps surprising number did so.

Hotel occupancy for the full year was 47.2%. We can assume some hotels did better than others and while the rate may seem low, it might have seemed unimaginably high in March of last year when hotels were laying off staff and reporting little to no occupancy. The rate did reflect a serious drop from 2019’s 72.9% rate.

It might or might not surprise you that staycations were a big thing for the year, with the Knoxville area being the third highest booking market for itself. I’ve learned from local hoteliers that area residents booking hotel rooms downtown for the weekend isn’t unusual. This year, it made even more sense for people who wanted to get out of the house, but didn’t want the risk of long-range travel.

The top five markets for our hotel rooms were (in order), Atlanta, Chicago, Knoxville, Memphis, and Nashville. The surprise of the list, for me, is Chicago. It’s a little farther away than the others and it’s certainly a city that has a lot to offer in itself. I have to wonder if Knoxville was the primary destination or if the Smoky Mountains might have been what drew them here.

Over 170,000 copies of the Visitors and Relocation Guide were distributed through the year. It’s an important annually produced document that directs visitors to local businesses and attractions, as well as giving reasons one might consider moving to the city. The top ten states from which requests were received for the guide (in order) were Tennessee, Florida, California, Illinois, Texas, Ohio, North Carolina, Georgia, New York and Virginia.

The list of top states from which people traveled and checked into the downtown Visitor Center is similar (also in order): Tennessee, Florida, California, Georgia, Illinois, North Carolina, Ohio, South Carolina, Indiana and Michigan. Clearly, we are on the radar of people all across the east and in California.

One of the interesting stories of the pandemic has been an unexpected mobility in terms of permanent relocations. Much has been written about the outflow from residents of New York City and California. In most cases, they land nearby. Arizona, Texas and Idaho have seen significant population growth from California, and many from New York City have settled in New Jersey and other nearby areas. But some will come further and Knoxville has been on the receiving end of new residents from each.

There was little chance that 2020 was going to be a banner year and at least some portion of 2021 will be somewhat suppressed. Still, Knoxville has done relatively well and stands a chance to benefit from the pent-up desire to travel and experience new places. Or perhaps serve as a refuge for people wanting to move from larger population centers.

As we begin to see the end of a long, hard fight, and the biggest economic disruption of our lifetime, there is clearly reason to be optimistic that our best days still lie ahead.