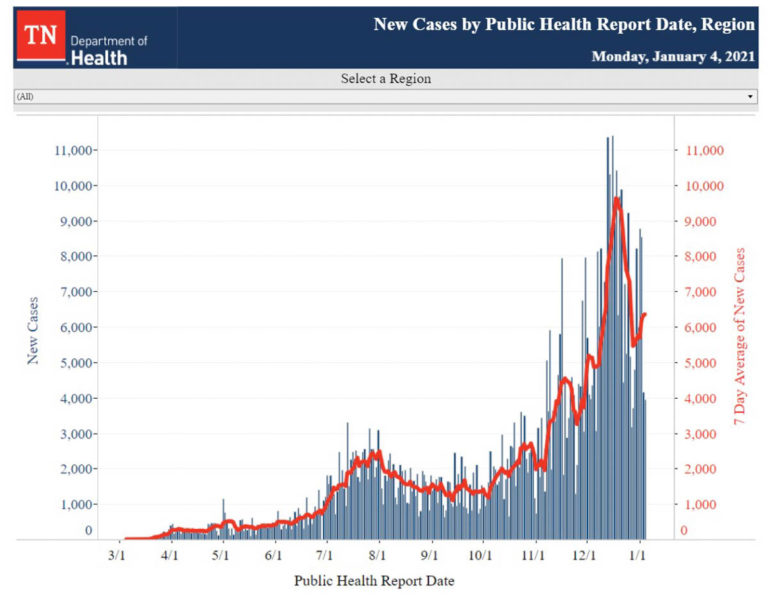 Special Editor’s Note: At this time, I expect the site to be down tomorrow before re-emerging on Thursday. This is a necessary break for technical reasons. I think you will be pleased when it returns.

I hope your week and your year are off to as good a start as possible. We may not feel the same optimism we have felt in other years, but maybe we are starting the year with a realistic understanding of where things stand. Maybe this year our hopes aren’t for that elusive magical year but are for something more based in reality. I hope that later this year I’m enjoying friends and family in person again. That we laugh and hug. That we meet for a cup of coffee, a glass of wine or dinner. Maybe more modest hopes will make the year seem magical after all if they come true.

State testing continues to be reported at extremely low levels, impacting the number of cases being discovered and the number of active cases be reported. Please understand that the true numbers are much higher. Please continue to watch hospitalizations and deaths as more accurate indicators of where things stand. If testing is improved case counts will once again be helpful information.

The state of Tennessee reported 3,953 new cases of COVID-19 for the day, yesterday. Case totals in the state have now reached 534,474 confirmed cases and 77,776 probable cases. Of these, 530,494 are considered recovered or inactive, while 74,588 Tennesseans are reported to have active cases of COVID-19. The state is averaging 6,352 new cases per day.

An additional 112 COVID-positive Tennesseans were admitted to the hospital yesterday, bringing the pandemic total to 14,760. 3,224 Tennesseans with the illness are currently hospitalized, just two people shy of the high set last week. Of these, 797 are in ICUs across the state and 466 are on ventilators.

The ICU number is within nine patients of the record, which was set last week, while the number of COVID-positive Tennesseans on ventilators is a new record. Hospital beds across the state are at 86% capacity, while ICU beds are at 91% capacity. Remember the capacity is not equally distributed across all counties and some counties are at higher capacity.

The state reported 143 deaths from COVID-19 yesterday. The total was second only to the 177 reported by the state on December 17. Since the beginning of the pandemic, 7,168 Tennesseans have died of the illness. The state is averaging 83 deaths per day from COVID-19.

14,598 new tests were reported yesterday, about 25/% to 35% of the number the state was routinely reporting a month ago. The positive test rate number for the new group of tests was 21.57%. Johns Hopkins University reports a 25.3% average positive test rate over the last seven days. The desired goal, representing an adequate testing program is to achieve a positive test rate of 5%.

The state website for testing totals has not been updated.

The Knox County Health Department reported 170 additional cases of COVID-19 today. New totals for the county include 31,742 confirmed cases and 3787 probable cases. Of these, 30265 are considered inactive and 4,918 are considered active. The number of active cases is slightly lower than the highs set over the last week.

For the first time, there are more than 200 COVID-positive Knox County residents in the hospital, at 205. A new record has been set for each of the last four consecutive days. The number is nearly twice as high as it was a month earlier (117 on December 5). The total number of county residents hospitalized at some point during the pandemic is 843.

Today, the largest single-day death toll was announced when the Health Department reported that 13 additional Knox County residents had died of COVID-19. The total for the pandemic has now reached 346 and twenty-two have died in the first five days of this month. Those who died were spread among the various age groups, though weighted heavily toward older people: 1 (18-44), 2 (45-64), 1 (65-74) and 9 (75+).

The state is reporting a 24.1% positive test rate for Knox County.

Dr. Buchanan expressed thanks to those who are assisting with the vaccine distribution. She noted the 200 slots opened yesterday and filled very quickly and more will be opened as soon as vaccine is available. She noted the massive influx of calls and said they are doing their best to work through calls and are adding lines. She said she is pleased with the interest level for the vaccine.

She noted that eventually, there will be many more providers offering the vaccine. She reminded those present that testing was initially only available through the Health Department. She asked for patience and stressed that more vaccine will come eventually. She said they anticipate demand to outstrip supply for some time.

She confirmed the above numbers. She stressed that these are not numbers but are people. She pointed out that 13 families are starting the new year without a loved one. She asked that people please think of these families when they make decisions. She said the vaccine will help in the future, but for now it is critical that people wear masks and follow the other behaviors. She cautioned that the new low numbers of cases is a result of reduced testing.

The Knox County School System began second semester today. A significant number of students were shuffled from online learning to in-person learning, with a smaller, but significant number moved in the other direction. Early numbers are now being reported by the school system regarding COVID-19 numbers. Given that most information to this point is simply that volunteered by students and staff during the holidays, expect these numbers to increase rapidly.

In an interesting shift, within the metrics monitored, substitute availability is rated green for the first time I can remember this year. Custodial staff availability is rated red, as it has been for most of the year, but cafeteria staffing is rated red, also for the first time this year. Teacher and student attendance are rated green, though students had not attended when the metric color was determined.

All schools start the year with in-person instruction, even though the Knox County Teacher’s Association recommended that schools should start where they ended last semester and all instruction should be virtual.