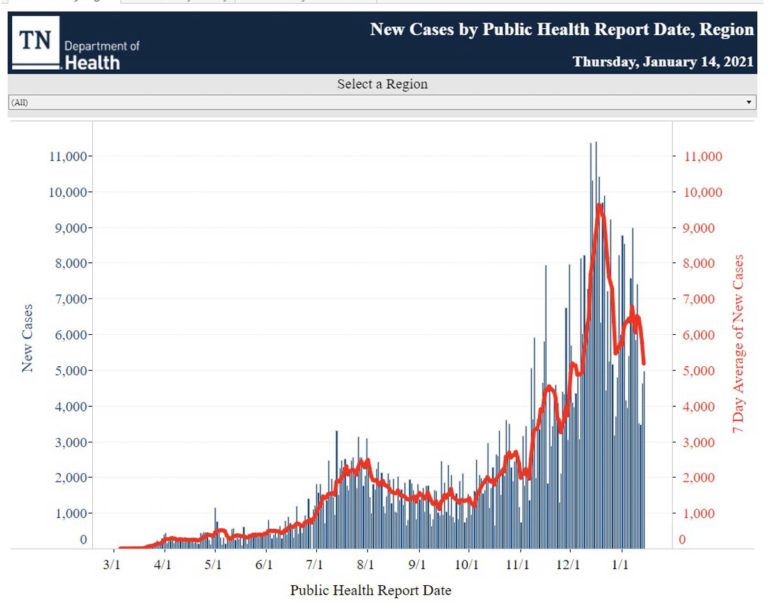 I’m not a movie person, in general, though I do have a few movies I love. I cannot name actors or actresses and even the ones I do know, I generally only recognize them periodically in the movies I watch. I’ve been aware there is a Tim Burton following, but I don’t think I’d ever seen any of his movies.

Our current in-house crew has fixed that. We have watched “Alice Through the Looking Glass,” (multiple times) and “A Nightmare Before Christmas.” Tonight, for Family Movie Night we have “Corpse Bride” in the queue. That Tim Burton guy turns out to be fairly good. Anything for a distraction at this point, right?

If Dr. Buchanan was correct in her press conference yesterday, our local, and probably state, testing will not resume the levels it reached during the Thanksgiving and Christmas holidays as she feels it was pushed by people being tested in order to travel. If true, we’ll never have a true comparison of case numbers to that few weeks period and we’ll not see accurate documentation of any surge via case numbers.

The state of Tennessee reported 4,983 new cases yesterday, bringing pandemic totals of COVID-19 cases in the state to 576,406 confirmed cases and 94,076 probable cases. 596,883 people are considered to have inactive cases, while 65,367 have active cases of COVID-19. After rising slowly following the Christmas and New Year holiday, average case numbers are falling, with the current average at 5,178 per day.

An additional 98 COVID-positive Tennesseans were admitted to the hospital, bringing the pandemic total to 15,753 hospitalized over the last ten months. The total number currently in the hospital, after peaking January 6, has slowly and steadily declined, and is now reported at 2,962, almost 400 below the peak. ICU patient and ventilated patient numbers have also declined, though more slightly. COVID-positive patients in the state now number 759 in ICUs and 429 on ventilators.

If the decline in cases and hospitalizations across the state proves to be sustained, we can hope and probably expect that the number of daily deaths will also decline. It has not to this point, but as a lagging indicator, hope remains. The state reported an additional 84 deaths yesterday, bringing the total to 8,232. Deaths from COVID-19 have averaged 106 per day over the last seven days, reaching a peak of 109 twice in the last five days.

Testing for the day was reported at just over 24,000, leaving the pandemic total at just over 5.9 million. The positive test rate for the day was reported as 17.08%. Johns Hopkins University has the state averaging an 18.8% rate over the last seven days. While testing has declined, the positive test rate has also declined. Could it mean a real improvement?

The state has not updated its vaccination progress since January 11. The current reported pace of vaccinations would yield 100% vaccination for the state in 592 days, or by August 31,2022.

The number of Knox County residents hospitalized with the illness continues to drop, with 153 being reported in the hospital today. This marks the lowest number since 138 reported on December 26. The trend is surprising given that we expected a holiday surge to have started by this time.

Five deaths were reported today, so that would mean that a net of 34 people had to be discharged overnight. It seems likely some were admitted and hard to imagine that large a percentage of discharges in one day. It may simply be that those reporting numbers are not aligned. Still, when I saw a jump of 22 total hospitalizations, I expect an increase in current numbers, not a dramatic decrease.

The five deaths reported today bring the pandemic total to 391 Knox County residents who have died of COVID-19 since the beginning of the pandemic. The majority of those whose deaths were reported today were between the ages of 45 and 64, with three in that category and two reported to be 75 or over.

The Knox County School system is reporting 274 active cases of COVID-19, up from 251 the day before. 207 of the cases are among students, while 67 staff members have active cases. The new number represents the largest group of COVID-positive students and staff at any one time during the academic year. 2,230 students and staff are considered to be recovered.

The number of students and staff in quarantine or isolation continues to rapidly escalate. The system is reporting 2,494 in isolation or quarantine currently, compared to 2,112 the day before. Of the current number, 2,226 are students and 268 are staff members. The number remains well short of the peak of 2,908 the system reached in early December.

Metrics continue to rate the same as previous days, with all being green except for custodial help rated yellow and substitute availability rated red. One additional school was added to the virtual-only list, as Northwest Middle School joined the two already on that status. Officials said it was added due to teacher/staff attendance issues. The virtual-only list includes the following: