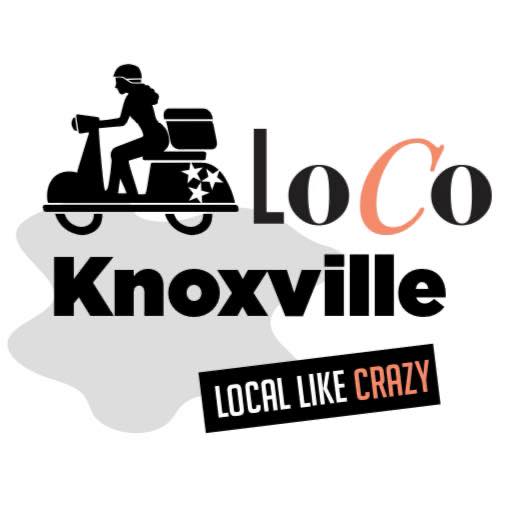 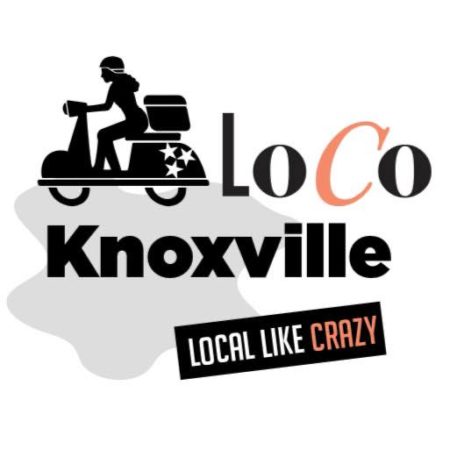 The pandemic has killed some businesses and left others relatively unscathed. Then there are the businesses and trends which have been accelerated by the same forces. Eating out has diminished for the time and food pickup and delivery, already an expanding niche, has exploded. National companies get the press, but there are problems related to local deliveries which are managed via a remote app or phone number.

Enter Eat LoCo Knoxville, as a potential answer. Amber and John Pfohl will soon begin service for locally owned restaurants – and some of those restaurants will have a share in ownership of the company. The development feels like the culmination of a natural progression for the couple.

Amber grew up in Knoxville, graduating from Bearden High School, and attending Pellissippi State. With no career direction in mind, she began working at Pizza Kitchen and fell in love with the industry. She “loved the hustle and bustle of the work and picked up extra shifts.” She became the GM at Stir Fry Cafe at age 22.

In 2003, she moved to Johnson City to open the new Stir Fry Cafe there and returned to Knoxville where she was Training and Development Director for Aubrey’s. She was part of the transition team when Randy Burleson bought Bistro on the Tracks and says she loved working with Burleson. She transitioned to the supply side, working with Sysco food suppliers for four years, before switching to equipment supply at TriMark. She met John when she was GM at Aubrey’s on Papermill.

John graduated from West High and attended UT where he obtained a BA in Studio Art. He’d started working at restaurants in high school and worked in bars and restaurants in college. He was working with Red Bull on on-premises sales when he met Amber. He joined friends to open Tipton Street Pub in Johnson City, where he lived for a couple of years before returning to Knoxville to be closer to Amber.

Once back in Knoxville, he worked with a liquor and wine distributor before pivoting and moving into television production with Jupiter, which is now a part of Hive TV. Both he and Amber maintained many professional relationships and friendships with people in the industry.

Last spring, Amber was approached on LinkedIn by John Sewell. The founder of his own restaurant, D.P. Dough in Iowa City, also founded Chomp in the city in 2017 to counter efforts of national delivery services which, he felt were hurting his restaurant’s bottom line. Chomp was a local coop with some restaurants simply using the service, while others bought shares and split profits. He’d previously working in the hospital industry and had been successful convincing hospitals to work together for better pricing on supplies. He some of what he’d learned to the new venture.

His idea of a locally based co-op, in which competing restaurants work together with lower delivery fees and local control of service, quickly became successful. The concept was replicated in Fort Collins, Colorado where it also became highly successful. The pandemic has helped it take off even more quickly. John began reaching out to people in the industry who seemed connected to the local restaurant scene and might be interested in bringing the concept to their city.

Prior to being approached, Amber and John had been in touch with friends who own local restaurants and had witnessed the struggle they were facing in 2020. They felt something had to happen for those restaurants to claw back some of the ground back they had lost. When they learned of the possibility of a local co-op supported by the technological expertise developed via Chomp, they were all-in.

For the last several months, the couple has been lining up restaurant owners who want to be a part of the co-op, as well as getting the word out to others which may want to use the service. While all local restaurants can use the service, 75 restaurant shares are available to 75 different restaurants, while the couple retains 25% ownership of profits. The shares have been selling well, but some are still available. Everyone gets the benefit of local dispatch and excellent service, but partners share in the profits.

The couple has an aggressive plan to open January 7. Once live, you can download their LoCoKnox app (Get LOCO) to use the service or order via their website. There is a restaurant partners link and a link to apply to be a part of the delivery service available on the website. You can also email John and Amber at eatlocknox@gmai.com.

Restaurants are being added daily and if you do not see your favorite restaurant, let Amber and John know and let the restaurant know that you’d like to see them get involved.

Amber said, “The platform is awesome for the consumer, with a local dispatcher, which doesn’t exist with national brands. There are lower commissions, but the main point is we will always offer better service than national brands because we are local.” John added, “This is an extension of the local hospitality industry. You can expect the same fine service you expect from your favorite restaurant. We are here to help in any way possible.”