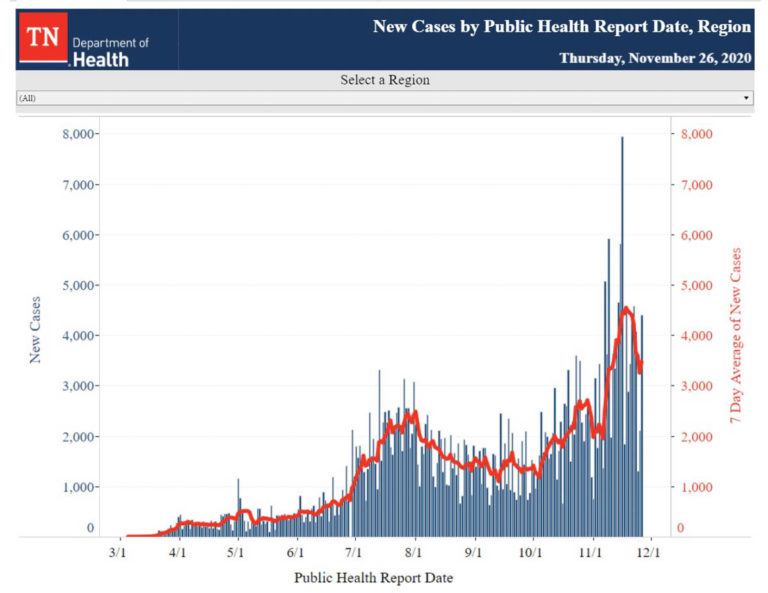 I hope everyone had a good Thanksgiving. There is still so much to be thankful for, even during a challenging year. Health, always high on the list, is at a premium this year. We gathered outside, used disposable plates, remained distanced, wore masks when not eating and kept the gathering to seven family members. It was not the same, but we were with family and enjoyed a meal cooked with love by Urban Daughter and Urban Son-in-Law. I ended the day with a quiet walk in the city, stopping along the way to have distanced and masked conversation with downtown friends. Not a bad day at all.

Today is Black Friday, which I never did quite understand. I hate shopping, so that might explain some of my puzzlement. Of course, this year many of us will escalate the trend toward online shopping. As you do so, remember there are local businesses that need every dollar they can get and even more so this year than any other in recent history. You can shop locally, while shopping safely. Look online, consider calling to request your item and, if you shop in person, please do so carefully. Crowds are not our friend at this point.

After Wednesday’s lowest number of tests since April was reported, the state has incrementally increased the number of tests reported each day, which has resulted in higher numbers of cases discovered. I am not sure we’ll see accurate numbers across the board until next week as different pieces of the reporting apparatus will likely be short-staffed or closed.

If hospitalization data is accurate during the holiday, there has been a slight dip in hospitalizations and would represent a rare decline over recent months. The state reported 97 COVID-positive Tennesseans were admitted to the hospital yesterday, bringing the total to 11,814 who have been admitted in the state since the beginning of the pandemic. 2,168 are currently hospitalized, while 554 are in ICUs and 274 are on ventilators. I would not be surprised to see those numbers revised upward as more hospitals report. ICU beds continue to be the one area most near capacity, with 11% currently available.

Over the last three days, reported test numbers have increased from roughly 5,800 to 14,400 and then to about 36,800 yesterday. Yesterday’s number denotes a return to the high average range for the state. It is good to remember that these daily numbers, if all systems are flowing properly (not a given) reflect a snapshot of testing anywhere from two to seven days earlier.

The state reported a positive test rate of 11.51% for the day, while Johns Hopkins is reporting a positive test result rate of 14%. Both numbers reflect improvements over recent days but may be impacted by who has been tested over the last week, as many healthy people have sought testing in order to feel better about traveling to the homes of relatives.

On Thursday, the Knox County Health Department reported 147 cases and followed that with 312 today. Today marks only the third time the county has reported over 300 new cases for a single day. Each of the three largest day totals have come in the last eleven days.

The new cases bring the county’s totals to 17,883 confirmed cases and 1,041 probable cases. Of these, 16,731 Knox County residents are considered to have inactive cases, while 1,933 are counted as having active cases of the virus.

The number of COVID-positive Knox County residents continues to rise and has set a record each of the last five consecutive days. There are currently 119 hospitalized, bringing the pandemic total to 586 who have been hospital. Over 20% of all Knox County residents hospitalized with the virus over the entire pandemic are in the hospital today. The daily number is nearly double the same number a month ago (67) on this day.

On Thursday, the county reported two additional deaths and five were added today. The fifty-five deaths reported so far this month represents over a third (34.4%) of the total county deaths from the virus in the last nine months. The total is now 160. The most recent deaths included one person between ages 45 and 64, one person between 64 and 75 and six people over 75 years old.

The state reports a 16% positive test rate for the county.