River and Rail Asks: How Are You, Knoxville? 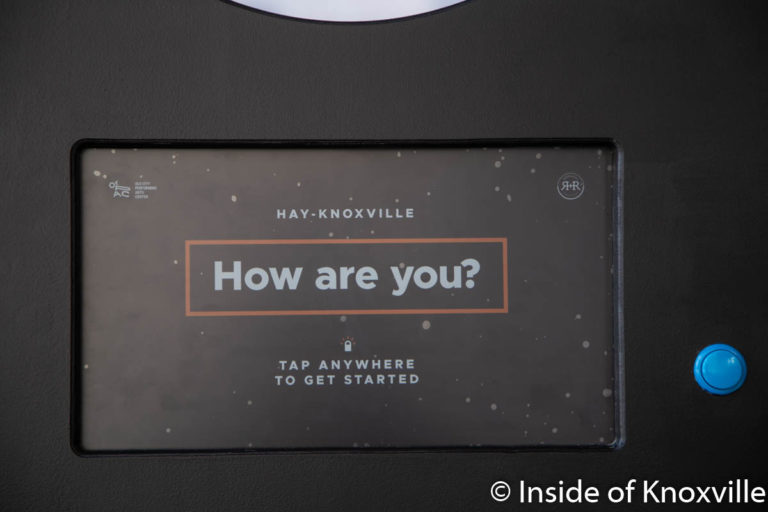 How Are You Project, River and Rail Theatre Company, Knoxville, October 2020

Out of every human tragedy, out of every period of hardship or massive challenge, the resilience of the human spirit shines through. Humans will make art, rise to challenges, build and re-build, and show empathy to others who suffer. It’s at the core of our humanity. We move forward, find new pathways and look for new meaning.

River and Rail Theatre Company, like most performing artists, have had to draw from that reservoir of creativity during the pandemic. There are no productions with sell-out crowds, no rave reviews or play bills. Even Broadway is dark and will remain so in the near future. It’s a challenging time.

Starting today, River and Rail begins a project that they’d love for you to join. It gets at the heart of what’s going on for each of us. We’re all experiencing the same set of circumstances, yet, our individual stories are very different from each other. Some are enjoying working from home, while others have lost their jobs. Some of us aren’t worried about our health, while others of us know our bodies are compromised and we are at risk. It’s the same and it’s not.

A kiosk has been designed by Tyler Hayes and Vessul Creative to record the personal perspectives and thoughts of ordinary people going through an extraordinary time. You’ll find it outside the Old City Performing Arts Center at 111 State Street. If you don’t know where it is, this is a good time to find it. The kiosk is self-explanatory: After the legal stuff, you’ll answer a few questions that get to the heart of where you are at this time. The group intends to edit the results into a series of short videos you’ll see showing up on their new website, social media accounts and other outlets.

The whole process only takes a few minutes while you answer simple, but provocative questions. You’ll be asked to stand on the logo (see above) to ensure enough distance for the camera. Speak loudly so you’ll be heard. And simply answer the questions openly. The more honest and open, the more poignant the footage produced will be.

Think of it sort of like “Humans of New York,” but more like “People of Knoxville During a Pandemic.” After a week or two, the group plans to move the kiosk around to spots where the foot traffic is a bit heavier. You might encounter it on Market Square or elsewhere.

Joshua Peterson and new Associate Artistic Director Chris McCreary gave me a look at the kiosk and an update on River and Rail. Joshua said that the group wanted to continue to create, and digital content seemed to offer an avenue for that impulse. Live productions involving union actors are almost impossible in Tennessee as the guidelines for sanctioning a production as safe for its members involves metrics that eliminate Tennessee out the gate. For that reason, even an outdoor production isn’t possible.

The River & Rail team deeply misses live theatre, and we will be ready to return to live performances once we can. But, unfortunately, it doesn’t seem like live theatre is in the near future because of the pandemic. Broadway will remain closed through, at least, the end of May 2021. And there is other news across our country of performing arts companies planning to remain closed for live indoor performances even through the end of 2021. River & Rail is planning to announce our next theatrical season before the end of this year; the season will be scheduled to begin sometime during Fall of 2021.

He added that they have been awarded a grant to “upgrade our HVAC systems in order to make the OCPAC as safe as possible for our audiences and staff post-pandemic. The upgrades include MERV_13 filters and Bipolar Ionization Systems. The upgrades will be installed before the end of the year.”

In addition to the above project, the group has pursued another project from the middle of March. On March 17 they began developing a documentary about the pandemic lives of a group of middle class artists from households across the country. The group includes recording artists, actors, film makers and more, who have each filmed their lives during the pandemic. The result is hundreds of hours of footage from which they intend to make a documentary.

The group is looking for donors and investors. Check it out and stop by to record your answers to the above questions and become part of the document of these crazy times.