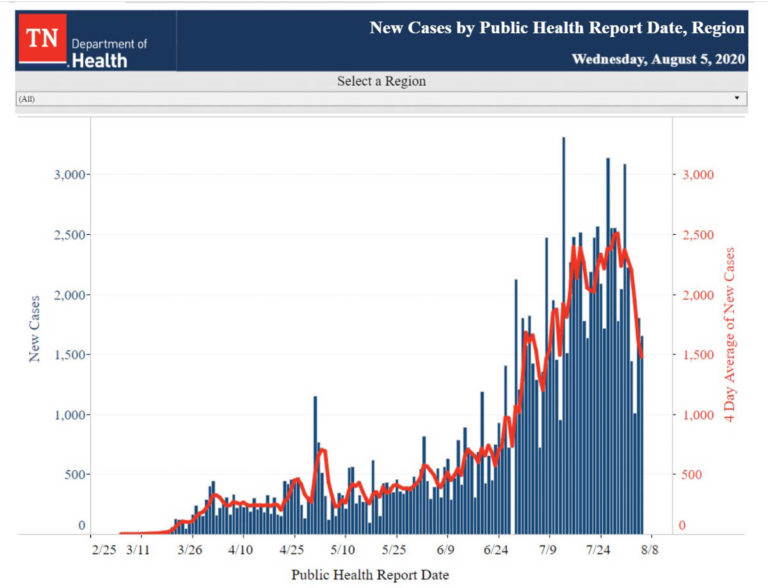 It is a measure of how things have changed that I “attend” meetings like the Board of Health meeting last night from the comfort of my home, with a five and eleven-year-old underfoot. The biggest measure of the shift may be that I celebrated that last night’s meeting was “only” two hours and fifteen minutes! Relative to last week’s four hour marathon, that represented a major improvement. Its another item in the long list of current realities we could not have imagined six months ago. No way I would ever be happy with a 2+ hour meeting! And what do you mean “attend from home?” Ah, life.

The 271,685 additional cases compares with 289,173 a week earlier, for a drop of about 17,500. The seven-day moving average dropped yesterday to 255,494. As we’ll see in the national report, almost half of the global drop in cases over the last week came from the U.S. The flattening of the global increase in cases is a hopeful sign.

Generally edging higher, the average death rate in the world has seen smaller changes. Yesterday’s 6,832 deaths compares to 7,037 a week earlier and brings the average daily deaths down slightly from yesterday to 5,798 per day. That is higher than it was a week ago and similar to late April numbers. Four countries reported a large percentage of yesterday’s deaths: Brazil (1,322), the U.S. (1,311), India (919), and Mexico (857).

In cases, recent patterns hold, with a cluster of countries reporting the majority of worldwide cases, but a large portion of the world reporting significant numbers. Yesterday, only four countries topped 10,000 new cases and three of them far out-distanced the fourth: India (56,626), the U.S. (55,148), Brazil (54,685) and Colombia (10,735).

For the first time I can remember, 30 countries reported at least 1,000 cases. Nine of the countries are in Latin America, while Ghana and Morocco have joined South Africa to bring Africa’s total to three countries. As an additional note, Germany (1,024), France (1,695) and Japan (1,271) have re-emerged in the group. Leading the European resurgence is Spain, which reported 2,953 new cases yesterday, the eleventh highest total for the day in the world.

Here’s a look at Spain and France’s current situation, with their highest daily spike in weeks. Prime Minister Abe says there is no need to re-institute emergency procedures there as they have seen “fewer serious and fatal cases,” than the previous round. Here’s a look at the African outbreak. At the same time, the WHO says a lack of testing is resulting in massive under-reporting on the continent.

4,987,218 Americans have been diagnosed with COVID-19 and 161,889 have died with the illness since the beginning of the pandemic. Yesterday, an additional 55,148 cases and 1,319 deaths were reported. Over 2.5 million have recovered and just under 2.3 million people remain ill.

The news continues to be good regarding the number of new cases reported, with yesterday’s case number falling over 10,000 relative to the same day last week in the typically cyclical reporting pattern. The drop explains well over half of the reduction in world cases mentioned above. The result is a continuing fall in the seven-day moving average which now sits at 58,024 new cases per day, compared to 66,481 a week ago and 68,494 a week earlier. There is no questioning the pattern in the numbers over the two week period.

The number of deaths yesterday is also lower, by about 150, than the number of deaths a week earlier, leading to a slight drop in the seven-day moving average to 1,107 per day. The trend here might be better described as a plateauing, with the average a week ago sitting at 1,020. Still, it is a welcome plateau and we might hope it precedes a drop in deaths. It is the longest plateau since deaths began rising a month ago.

As noted yesterday, there continues to be wide-spread high numbers of cases reported across the U.S., with the big drop in cases largely coming from the states at the top. Fourteen states reported at least 1,000 new cases yesterday, with four reporting multiple thousands: Texas (9,625), California (5,559), Florida (5,409) and Georgia (3,765). The southeast continues to be a hot spot for the virus. In addition to the three states in the top four, other southeastern states high on the list for most cases yesterday includes Tennessee (#7), Louisiana (#8), South Carolina (#9), Mississippi (#10), North Carolina (#12), Alabama (#15), Arkansas (#16) and Virginia (#18).

The New York Times takes a stab at what went wrong regarding controlling the virus in the U.S., which it notes is “the only affluent nation to have suffered a severe, sustained outbreak for so long.” The complicated relationship between testing and numbers of reported cases I mentioned two days ago is now being discussed more widely, like here by the Washington Post. Drops in testing numbers in Ohio are being looked at there. Time magazine looked at the issue, reporting that some of the problem is that people are simply discouraged by the long waits for results.

The Time article notes that testing had dropped about 3.6% in the U.S. over the last two weeks. I continue to worry that some of the improvement in case numbers is due to this drop in testing, particularly in places like Florida where it has fallen off a cliff. I’m hopeful, at the same time, that some of the drop is a result of greater mask usage across the country.

101 people were hospitalized yesterday, bringing the total currently hospitalized to 1,127, a number that has remained remarkably stable over the last two weeks. Two weeks ago the number of people in Tennessee hospitalized with COVID-19 was 1,083. There are currently 370 cases pending.

The number of cases reported each day has almost as sharply dropped as it was rising during July. The current four-day average is 1,479, roughly where it was a month ago after peaking just a week earlier at 2,507, really stunning decline for such a short period. During the same period, deaths have remained steady in the high teens, currently sitting at 18. That said, yesterday’s total of 27 tied for the second highest on record from the illness in the state.

Testing is a continued focus across the country and Tennessee has gotten accolades for its program. That said, the questions that are being raised about testing volume also apply here. Yesterday, the state reported testing about 19.3 thousand people, marking the fourth consecutive day under 20,000. That hasn’t happened since about a month ago. A week ago yesterday, the state reported giving 25 thousand tests. If we are testing 20% less, we will find fewer cases, which is what is happening. I hope the drop in cases (which is larger than 20%) is also due to more of us taking the virus seriously.

Locally, the Knox County Health Department reported 75 new cases today, bringing the pandemic total to 4371 in Knox County. 2,307 people have recovered and 2,166 remain ill. The number of active cases has declined slightly and is now its lowest in the last four days. Thirty-three Knox County residents are now hospitalized, which also represents a slight decline. There are 144 probable cases.

Testing was raised as an issue in last night’s Board of Health meeting, with Dr. Shamiyeh questioning whether it isn’t dropping here as it is in other places around the country. Dr. Buchanan seems comfortable with it and Charity Menefee pointed out that numbers will be added to last week’s total as more reports come in. With that asterisk in mind, the last three weekly totals reported in sequence by the health department are 5,972 – 4,353 – 3,492. It again begs the question of how much of our drop in cases is due to a drop in testing.