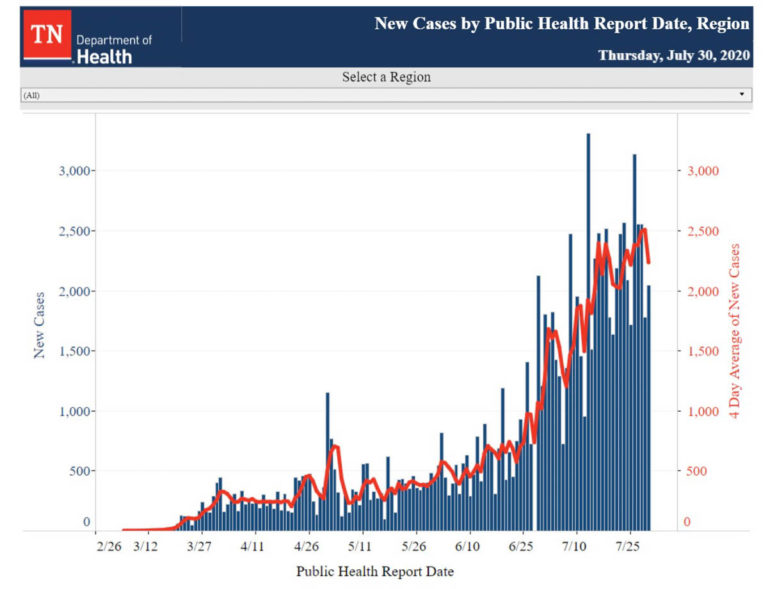 Welcome to the weekend. There are some hopeful spots in today’s report. Maybe we can take a little hope into the weekend and look for diversions to take us from the news for a bit. Tonight is movie night in our home, with the 5 and 11 year old deciding the movie, so I have high expectations for  cinematic greatness. We’ll grill and make margaritas. It’s scientific fact that an average movie can be elevated by 1.5 stars if accompanied by margaritas. I’m going with the science on this one.

Yesterday’s total case numbers reflects a slight drop over the day before, but is the third highest single-day since the beginning of the pandemic. It reflects about an 11,000 case increase relative to the same day last week. As a result, the seven-day moving average continues to increase and set new records each day, now reaching 259,988 per day.

The number of deaths for the day dropped by about six hundred from the previous day, but is slightly higher than the same day last week, and the seven-day moving average moved up slightly, as a result, to 5,656. The good news is that the average has been fairly stable for the last week. Countries leading the world in deaths yesterday included the U.S. (1,465), Brazil (1,189), and India (783). As was the case yesterday, ten countries reported at least 100 deaths. Of note: Chile and Peru have joined the top ten countries with the highest death rate per capita.

Spain and France appear to be returning on a regular basis as cases there increase.  Restrictions in both countries are increasing and fears of another lockdown are also growing. Israel continues to see a resurgence and Japan reported over 1,000 new cases yesterday with 1,148, its largest single-day total since the beginning of the pandemic.

How has Italy gone from being a COVID-19 disaster to a model for keeping the virus at bay? Here’s a look. Just as we learned this week that the U.S. has experienced its most severe economic contraction in history, the numbers confirm the same is true for Europe.

Since the beginning of the pandemic, 4,652,842 Americans have been diagnosed with COVID-19 and 155,716 American deaths have been attributed to the illness. Yesterday, an additional 68,569 cases were reported, along with an additional 1,465 deaths. About 2.3 million have recovered and about 2.2 million cases remain active.

The best news is that new cases continue to slowly decline as they have over the last 2 1/2 weeks. The seven-day average now sits at 66,263 new cases per day. That’s the good news. At the same time, those are numbers few, if any, other countries have experienced at any point. Still, dropping is better than rising.

Deaths, however, continue to rise, reflecting the outcomes of the dramatic case increases we’ve experienced in recent weeks. The 1,465 deaths yesterday precisely tied the previous day and now both days are tied for the highest daily totals since May 27. The number compares to 1,192 the same day the previous week, bringing the seven-day moving average to 1,058, the highest it has been since June 2. Four states topped 100 deaths, with Texas (322), Florida (252) and Arizona (172) leading the way. Florida has set new records for deaths three consecutive days and Texas has done so for two, while Arizona set one yesterday.

Dr. Fauci testified today that he feels we will likely have a vaccine by late fall or early winter. Contact tracing is struggling in many places across the country due to increased case loads and testing lags. Salt Lake City schools are the latest to announce they will begin the year with virtual-only learning for the first semester of the school year. The MLB season continues to struggle, with the latest game cancellations due to two new cases on the St. Louis Cardinal’s team. The SEC has voted that football teams will play a 10 game schedule, facing only league teams, starting September 26.

Since the beginning of the pandemic, 102,871 Tennessee residents have tested positive for COVID-19 and 1,033 have died. Yesterday, the state reported an additional 2,049 cases and 13 deaths. 2,105 people were reported to have recovered, reducing the net of active cases by about seventy to 37,604.

Ninety additional people were hospitalized, while others were released, leaving the hospitalization number reduced by about 30 to 1,127. There are an additional 367 pending cases. About 24.5K people were tested yesterday, bringing that total to just under 1.5 million. Unfortunately, the seven-day moving average of positive test results went up to 8.6%, well above the 5% target.

The four-day moving average the state provides now sits at 2,234 cases per day. The average has remained in the low 2,000s since first crossing that line on July 15. The seven-day average for deaths in the state sits at 17 and has been in the mid-teens for about three weeks.

Locally, the Knox County Health Department reported 120 new cases today, marking the tenth consecutive day over 100. As recently as six weeks ago, single-digit days were common for the county. It appears no new cases were moved to the recovered column, leaving that number the same and increasing the number of active cases to 2,085.

The total number of people hospitalized since the beginning of the pandemic grew by four to 190, but the number currently hospitalized only grew by one, to forty. It appears one person was discharged and two were reported to have died. The deceased are two men, ages 64 and 67. This brings the total deaths in Knox County to 33. There are 123 probable cases at this time.

Local news included the announcement last night that Knox County has suspended contact sports, meaning football, at this time. There has been no explanation given for the sudden change, which was announced after practices were held yesterday. A meeting to further discuss the situation will be held today.

Dr. Buchanan chaired today’s meeting and began by thanking the environmental team. Monday testing will be at the Health Department. On Wednesday and Friday next week, the testing will shift permanently to the Jacobs Building at Chilhowee Park and the hours will be extended to 9 – 3 pm. She confirmed the above numbers.

She addressed false negatives and positives. All tests have them. A false positive means the test is positive, but the person does not have the illness. The opposite is true for false negatives and is more a concern because those people would continue spreading the illness and think they are negative. The test the health department uses is the gold standard of tests. 70% to 90% accuracy rate has been reported.

A number of issues can produce an incorrect reading. Local doctors are reporting 3 to 4 false positives per 1000. Waiting five days after exposure to be tested is best or otherwise the virus hasn’t had enough time to build up. The Health Department has had very few people tested twice and had one positive and negative. When that happens, they are counted as positive in order to contact trace, etc.

False positives are not ballooning our numbers. We continue to believe there are more false negatives than positives. Those are much more of a concern because they can result in spread. Please only get one test and simply wait. It wastes resources.