A Walk Through U.T. Gardens and Back Into the City 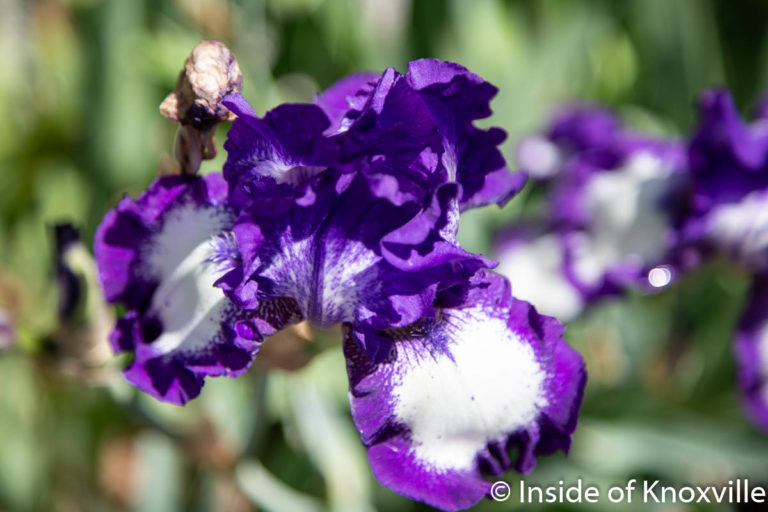 I took a lot of long walks before the heat got turned up to full volume in recent weeks. It was a good way to get some exercise and to see something besides the four walls of home. I’d walked through UT Gardens before, but it had been quite a while and it had been a pretty superficial visit.

The photographs here show the gardens in late spring. There were a few irises left, but they were fading quickly. As you’ll see in one of the photographs, there were UT graduates and their families around, mixing and mingling as if a virus wasn’t lurking about. I kept my distance, but seemed to be one of only a few trying to do so.

The gardens were beautiful and the whimsical touches added a bit of fun to an otherwise serious era. With these photographs, I’ve shared most of those I shot during this spring. It was a brilliantly beautiful spring. Or perhaps it only seemed so because I payed more attention.

After leaving the gardens, I walked back along Neyland, which I would have to say is not entirely pleasant. There were sections where I had to walk along the road due to construction, etc. We still have work to do around the city in order to become more pedestrian-friendly or even pedestrian-safe.

Several things struck me as I moved at a slow pace: I didn’t realize how big Third Creek is at that spot. It’s quite attractive and navigable, if only for a short stretch. I also had no idea there was a boat ramp alongside the road. Finally, the rail bridge, once discussed as a pedestrian walkway, is now fading quickly, standing as a sad and beautiful monument to another era.

Thompson Boling’s scrolling digital marquee advertised a Def Leopard/ZZ Top show that would never happen. Construction continued rapidly on a building beside the empty Neyland Stadium. As I returned to downtown, the marquee at the Bijou more accurately captured the moment, with a lyric from John Prine, who died of COVID-19 early in the pandemic, “You don’t have to be alone. Just come on home.”