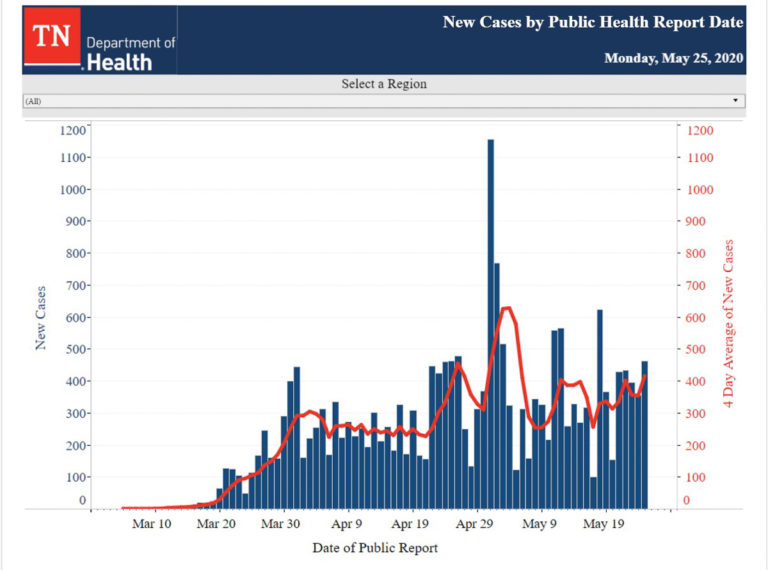 Later today the United States of America will report its 100,000 death due to COVID-19. The current number of 99,950 deaths due to an illness most of us had not heard of just five months ago is hard to fathom. Many feel we likely passed this mark sometime ago as the number is likely higher. While the number can be seen as just another statistic along our way in the pandemic, it is important to remember the humanity of these people and to acknowledge 100,000 grieving families for whom the illness is very real.

I’ll admit that when the president first used that figure, I was shocked, and felt he was exaggerating the number. The date was March 30 and the president, after speaking optimistically just a few days earlier about holding Easter services nationwide, noted then current predictions of 100,000 to 140,000 dead by August. He said if we kept the number below 100,000, he and his administration would have done a “very good job.”

At the time, there were 4,000 deaths in the U.S. Less than two months later, we have added 96,000 to that number. It’s an old practice to “sandbag,” as we called it when I was a kid: Downplay how well you’ll do in order to surprise everyone when you do much better. I assumed that’s what we were seeing. Just eight weeks ago, I simply didn’t think this day was possible. Thankfully, daily deaths are decreasing and we can hope we don’t have to see another 100,000 of our fellow citizens die before we gain control of the pandemic.

While there have been numerous comparisons to the annual round of influenza, numbers for the last decade show that the worst year produced 61,000 deaths in the U.S. If there were no more deaths from COVID-19 starting today, the cause of death would likely rank seventh or higher for leading causes of death for 2020.

There are 5,631,831 confirmed cases of COVID-19 worldwide. 348,965 people have been confirmed to have died of the illness since the beginning of the outbreak. Yesterday, 90,184 new cases were reported and 3,096 deaths were reported for the day.

As is clear from the graph at the top of this page, the number of identified cases continues to increase. While some of the increase in numbers may be due to increased testing, it, nonetheless confirms the massive presence of the illness around the globe. While yesterday’s number on the graph reflected a third consecutive day of decline, we’ve come to expect a seven-day pattern in which the early days of the week are lower. Relative to seven days ago, this number is higher. The three days of decline come on the heals of the highest single day total of newly identified cases, 107,521 on May 22.

The best news in the world is that reported numbers of daily deaths are decreasing. While it is clear that some countries are under-reporting deaths (Brazil, Mexico, Russia), the trend is likely bigger than those omissions. That they would decline as a percentage of cases is to be expected as a greater percentage of ill people are identified. That there would be a decline in raw numbers of deaths is more complicated. Earlier hospitalization and intubation? More protection for the most vulnerable? It’s hard to say until some time has passed.

There are currently 1,711,008 confirmed cases of COVID-19 in the United States. As of this writing there are 99,950 confirmed deaths in our country. New cases reported yesterday numbered 19,790 with an additional 505 deaths for the day. New case totals, while remaining stubbornly high, have slowly decreased over the last four weeks. Ranging around 30,000 new cases per day in late April, the number has more recently fluctuated around 20,000.

As beaches, theme parks, theatres and all manner of businesses continue to open around the country, many people are choosing not to use face masks or adhere to social distancing requests. While medical professionals continue to stress the importance of these measures, many people simply feel they aren’t necessary or that being told what to do is an infringement of their rights.

So, what will give? Will we have a surge in cases across the country? Will warmer weather save us from ourselves? Are we really doing beteter with social distancing than it appears? Was the medical advice wrong?

Twenty states are reporting increases over the last week, compared with thirteen saying the same a week earlier. Many of the largest increases (week over week) among states are found in the south: South Carolina, 42% (the largest weekly increase); Alabama, 28%; Missouri (27%); and North Carolina, (26%). “New cases in Georgia, one of the first states to reopen, rose 21% after two weeks of declines.”

As of yesterday afternoon, the State of Tennessee reported 20,607 total cases and 338 deaths. The twenty-four hour increase in cases was 462, with 2 additional deaths for the period. 11 additional people were hospitalized and 236 were considered to be newly recovered. Again, as with a number of recent days, the new cases out numbers the recoveries, by more than two hundred, meaning our total number of active cases is rising. That number is currently around 7500.

The state reports that it has tested just over 396,000, including over 12,000 the previous 24 hours. Testing across the state, as seen in the graph, has clearly increased, with the two highest daily test totals coming in the last three days. Increasingly, health organizations are looking at the percentage of positive tests to estimate prevalence and rate of increase of the disease.

The benchmark is to keep positive tests below 5% of tests given. Tennessee’s seven-day rolling average positive rate bottomed out at 3.6% earlier this month, but has since risen to 4.6%.

Locally, the Knox County Health Department is reporting ten newly confirmed cases of COVID-19 since yesterday, marking the first time the county has seen a double-digit increase since May 11 when there were 15 new cases. The total since the beginning of the pandemic shows Knox County with 352 cases. Active cases have increased from 27 reported yesterday, to 34 reported today. Two Knox County citizens are now hospitalized, an increase of 1 since yesterday. The county is now listing 10 probable cases (not included in other numbers).

Catherine Killen and Charity Menefee led today’s meeting. Ms. Killen thanked the many people who are following medical guidance and said she felt it was a majority. She said they are looking out not only for themselves, but for the community at large. She confirmed the above numbers, with the exception that she said there are 39 active cases. I assume that was an error, as the website says 34. I initially changed the number above to be consistent, but since decided she probably misspoke. She noted there has been a statistically significant increase since yesterday and said they will continue to keep a close eye on that, but that increases were expected as we open up our economy.