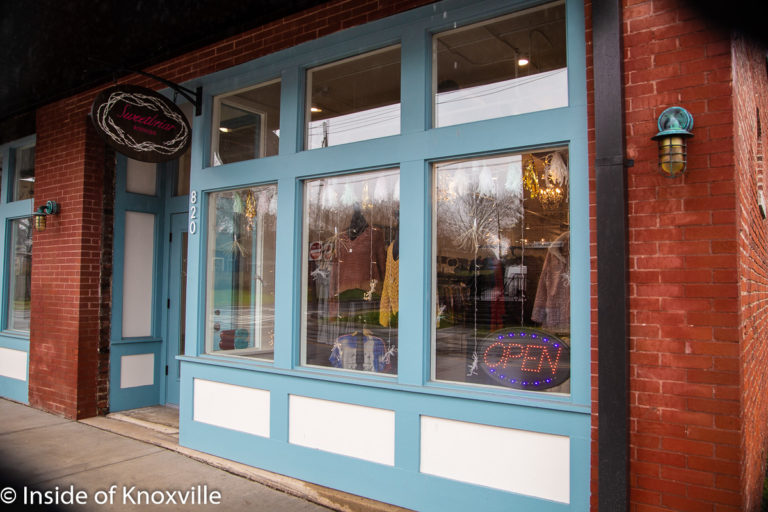 South Knoxville continues to grow and produce more businesses as Sweetbriar Boutique opens at 820 Sevier Avenue. The Boutique is located in an older building that was beautifully renovated just recently. The building includes retail on the lower level and a condo and short-term rentals on the top floor and joins a growing number of renovated and newly constructed buildings beginning to dot Sevier Avenue.

Owned and operated by life-long South Knoxville resident Whitney Jenkins, Sweetbriar Boutique is the culmination of a circuitous path but is a dream she has long considered. Graduating from South-Doyle High School, Whitney says she was always interested in fashion. When it came time for college however, she chose a more conservative path, attending Pellissippi State and Tusculum College to obtain her teaching credentials. She said her student teaching showed her it might not be the path for her.

Whitney says while she’d always dreamed of owning her own business, it took her a while to feel the time was right. Her son was eighteen months old (Kingston is now nine-years-old) when her first husband died in a motorcycle accident. “I had to be a very independent woman.” She began taking the necessary steps to be able to support herself and her son alone if needed.

After graduation, rather than teaching, she joined the world of business, first learning accounting and working in that arena before changing companies and working in human resources. Thinking she wanted to move up in the field, she began online classes and recently obtained a BA in business from the University of Alabama.

Whitney remarried, and she and her husband Michael spoke to friends in Sevier County who owned a boutique to learn more about the business. Later she got a call that they were selling their business in Sevierville. That was a while ago, at a time they felt wasn’t right for them to make a move. And she really wanted to be a part of the energy in the South Knoxville community.

She found the building where she was to ultimately locate the business and loved the transformation taking place there. She loved the exposed brick and the fact that there would be another business beside her. She was sold. She bought the business name, along with some of the fixtures, décor, and inventory from her friends in Sevierville and moved the business to its current location. She was able to sign a lease in time to have some input on the buildout.

While fashion has always been an interest, she said the biggest draw for her is that she likes to wear clothes that make her feel confident and she loves sharing that with other women. To do so, she’s carrying carefully selected shoes, clothing, and accessories. She said she loves going to shop and finding quality brands at a reasonable price. She plans to keep the vast majority of her merchandise under $50.

Whitney emphasized that her shop is for all women. She says in the month or so she’s been open, she’s had customers who are teenagers up to women in their 60s, and they all left with something that pleased them. She has clothing sized from small to 3X. She said all that matters when they leave is that they have found something that makes them feel good about how they look and that they have more confidence.

In the coming months she said there could be changes. She is considering expansion into gifts such as candles and wallets. She also may expand hours as she gets to know the market better and she may add an employee. For now, you’ll find Whitney behind the counter whenever the store is open.