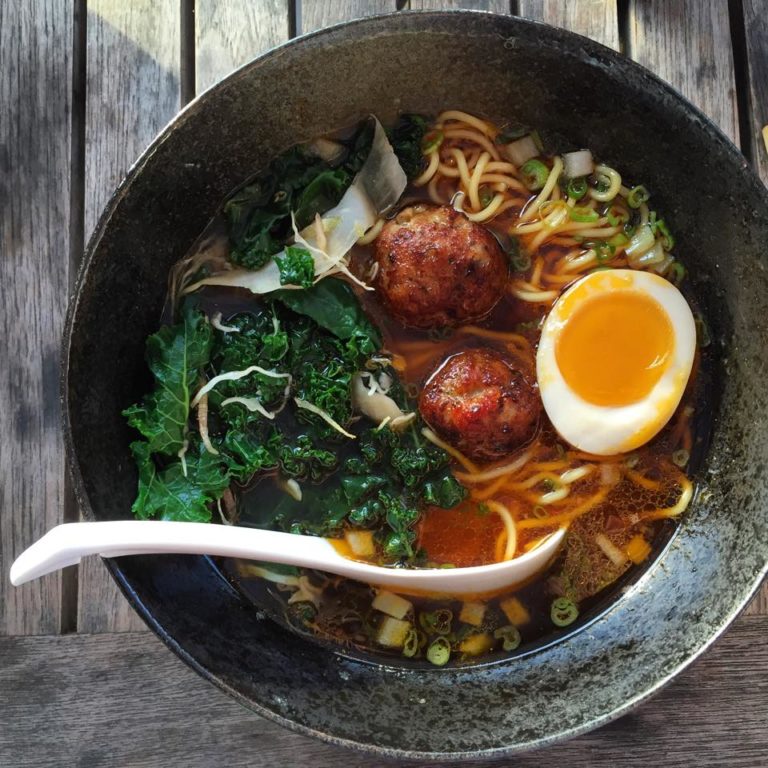 Downtown Knoxville now has a Japanese Ale House. Raymond Yip announced plans for the restaurant last December (follow that link for a detailed look at his background and plans). As with so many commercial endeavors, and certainly restaurants, there were delays that prevented him from opening as rapidly as he’d hoped.

The design for the restaurant was completed by Design Innovation Architects, who did an excellent job of maximizing an oddly shaped space. The design allowed for the bar, which faces Willow Street, to intersect with the restaurant that opens onto Central Street. Jimmy Diluzo did the design work for logos and menus. All food and beverages are available on each side.

The restaurant experimented with a soft opening the last weekend in September and officially opened this past weekend. Serving both lunch and dinner, it fills a void for lunch service in the Old City. Lunch will be offered as counter service, with the idea of being a quick way to pick up something to eat during the work day. It will be dine in or take out. (Update: Lunch service will not begin until next week!)

The restaurant will be closed between lunch and dinner each day for an hour-and-a-half to allow the kitchen staff to prepare for the next meal. It’s also worth noting that the restaurant will be open exceptionally late hours on the weekend, offering food at another under-served time in the city.

Raymond promises the authentic Japanese food he enjoyed while growing up. He was making dumplings by the time he was four and he promises to bring those family recipes to life in the new spot. You’ll also find fun Japanese bar foods like yakitori and ramen. Early reviews are very good.

The interior construction is simple yet very attractive with clean, modern lines. Raymond led the build-out himself and is very pleased with the results. The space is as functional as it is attractive. Seating will be at tables, booths, the counter, and the bar, with total capacity at 105.

Currently serving only beer, the bar will be fully stocked as soon as the liquor license arrives. Plans include having two wines and three cocktails on tap in addition to the beer. Saki will also be on tap.

The restaurant is now open for regular hours, which include Monday through Thursday from 11:00 a.m. to 2:30 p.m. and 4:00 p.m. to 10:00 p.m. On Fridays hours will extend to 2:00 a.m. Saturday hours are noon to 2:00 a.m., and the restaurant is closed on Sunday. They will take reservations. Be sure to follow them on Facebook for updates. (Update: Lunch service will not begin until next week.)