IndiaFest Comes to the World’s Fair Park This Weekend 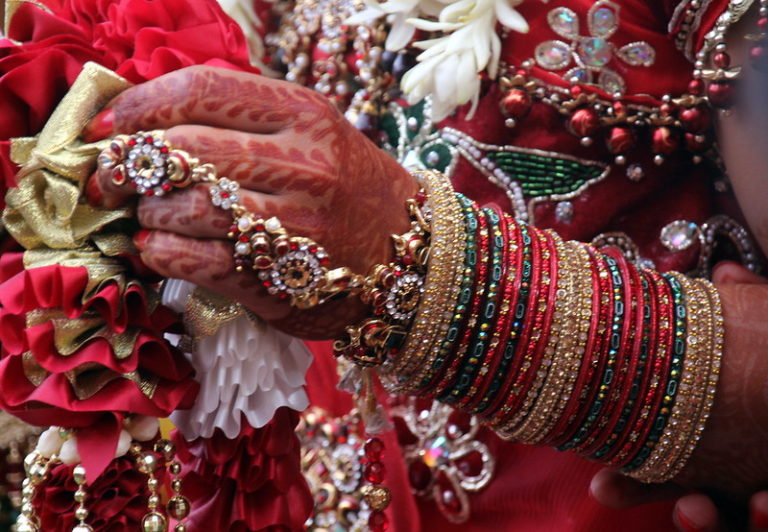 It might be a surprise to some (it was to me), that the latest festival to hit downtown has been going strong since 2005. Traditionally held at the Hindu Community Center and Temple, its growth has paralleled the growth of the local Indian community which numbered in the low hundreds in 1992 when the Temple was founded. Last year the event drew between 2,000 and 3,000 people at the deep West Knoxville location.

Hoping to draw several times the number from last year, the festival will be held on the Performance  Lawn at the southern end of World’s Fair Park. All Occasions Party Rentals will be setting up a large stage for performances. 250 volunteers from Webb School, UT and the Indian community will be on hand to make sure the event runs smoothly and over 20 different food vendors will be on hand to serve authentic Indian food. 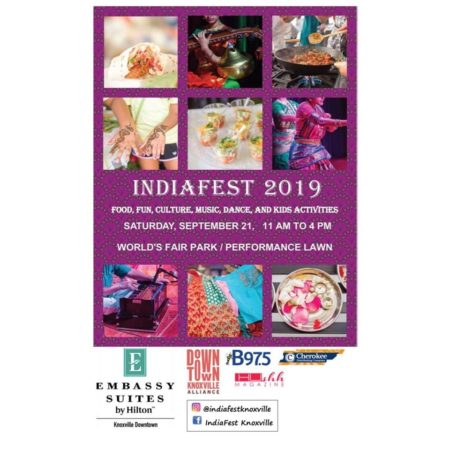 Alpesh Patel, one of the organizers described the Indian community as “tight-knit,” while saying they have a strong desire to “showcase the culture and share it with the wider community.” He and his sister Alpa Scarbrough emphasized that, while a couple of local restaurants will be present, most of the food will be made by local Indian-Americans, preparing it the way they do at home.

The event will have a range of children’s activities which, like the entire festival, will include a focus on the culture. Children can learn to write their names in Gujarathi, have their faces painted and much more. A number of Knoxville’s very best henna artists, including Jannette Hypes and Gretchen McMurry will be on hand to share their art with people of all ages.

Often spoken of as having a monolithic culture, India has very distinct regions with differing cuisine, dress and customs. Various food stations at the festival will highlight those distinctions. A food demo station will offer ten different presentations on cooking Indian cuisine including spices used and where to find them. Some of the chefs have been featured locally on WBIR.

The stage will feature a range of Indian entertainers, including children and adults performing traditional Indian dances. One highlight of the entertainment will be a fashion show, which begins at 1:30. Ten couples will dress in attire representative of the ten regions of India. Entertainment will continue on the stage throughout the festival.

Health will also be a focus, with yoga demonstrations by various instructors, including Juhee Shah. A range of classes will be offered, so bring your mat and join in for sessions of your choice, from yoga for lower back pain, yoga for kids, yoga for balance and more. The Knoxville Region Indian Origin Physician’s Association (K.R.I.P.A.) will have a tent with information and conversation regarding eastern medicine.

All the fun and activities for the free event start at 11:00 am on the Festival Lawn and the festival will close at 4:00 pm. Be sure to like their FB page and check out their website for the latest details about the festival.