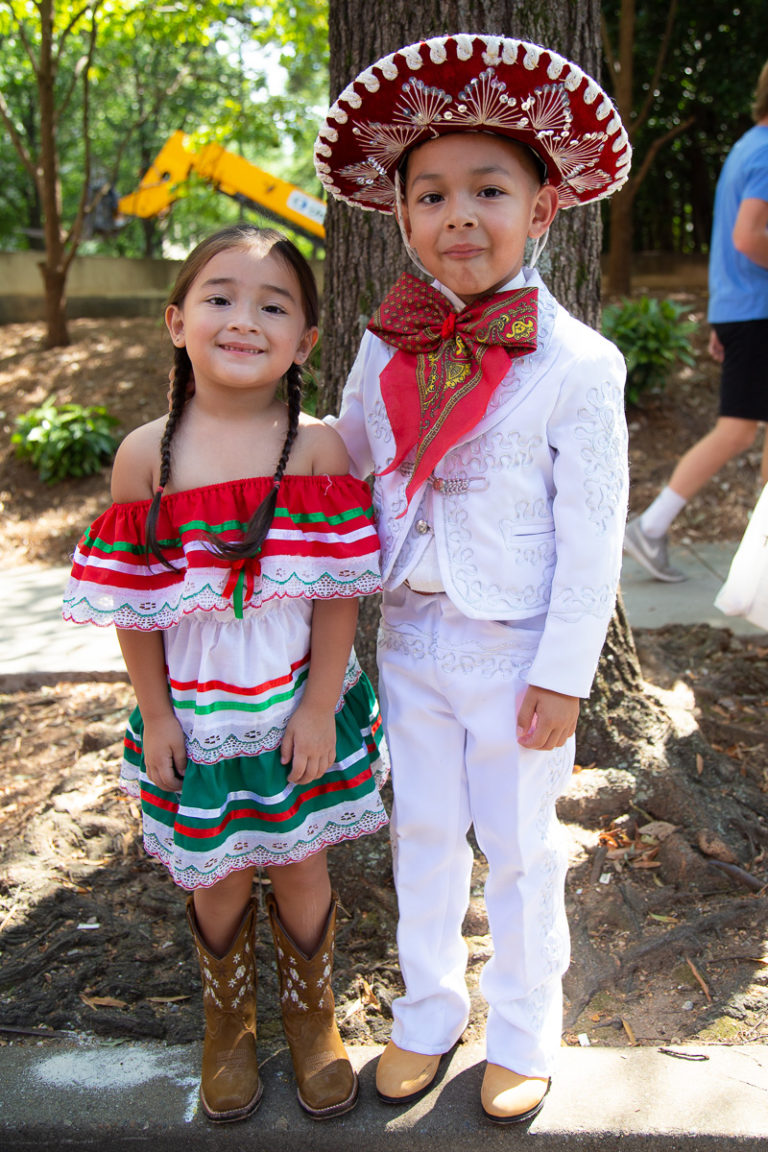 The Hola Festival was one of the first festivals I covered after I started this website. It has continued to be one of my favorites as it has moved through a number of locations and configurations. It also continues to be a Knoxville favorite, attracting large crowds for its mix of great food and cultural entertainment.

A missed jewel for many people (who may not realize the festival starts that night), in my opinion, is the kick-off on Saturday night. The Salsa band from Nashville ( a schedule of entertainers was not released, so I don’t have the names of the bands) that plays is excellent, and their impact on the crowd is beyond joyful. To see dozens of dancers moving with abandon in semi-syncopation is mesmerizing. If you can only catch one part of the festival next year, consider that night.

If you can make it out a little early on Sunday morning, the Santana cover band is the perfect way to kick off the main portion of the festival. It’s perfect music for a brunch, and the band absolutely nails the Santana repertoire. I’ve listened to Santana since somewhere around 1970 and I’d be hard-pressed to tell the difference with my eyes closed.

Two stages were in play for the festival, including a smaller stage on Krutch Park extension. The show at Krutch Park appeared to be some sort of cultural re-enactment and it was fascinating.

Entertainment stopped at 2:00 p.m. for the Parade of Nations, which is a centerpiece of the festival, with Hispanic countries represented by native costumes or traditional attire. It’s great for seeing clear distinctions between the countries for those of us who may not know that level of detail. It’s also wonderful to see some of Knoxville’s typically unseen populations having a moment of pride in their heritage and traditions. It all culminates on the Market Square stage with over twenty national flags (including the U.S. flag) flying together across the stage.

Food and cultural exhibits are also a major part of the attraction of the festival. This year there were vendors from many of the countries, and they were lined up along Market Street. Lines for the vendors got longer through the afternoon. The smells mingling with the music and the colorful costumes in every direction make the festival an annual highlight.

The festival concluded at 6:00 p.m. with the final act being another large dance band on the Market Square Stage. It was another great year for the festival, and here’s hoping for many more.

There were also a lot of other things going on this weekend and I’ll get to some of those tomorrow.