Downtown Hotels: Too Many? Too Few? Just the Right Number? 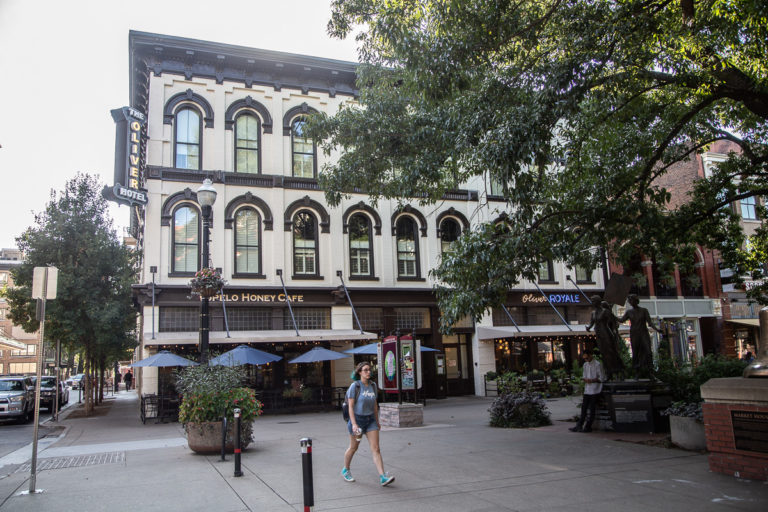 Oliver Hotel, Union Avenue, Knoxville, September 2019
I get these kinds of questions often. Most of the time they are asked from the perspective of doubts about whether downtown can support all the new hotels that have sprung up in recent years. In the nine years I’ve been writing about downtown, four new hotels have opened to go with the five that were already present. Three of the existing five have been seriously upgraded during that time, another new one is scheduled to open this fall and yet another has been announced.
According to the most recent numbers provided by Visit Knoxville, our city hosted 6,500,000 overnight visitors in 2018. That number has grown 8.3% since 2015. Occupancy rates have grown 11.9% since 2012. During that same period, average daily rates (cost of an overnight stay) have increased 25.6%.
In all of Knox County, occupancy has increased from 58.2% in 2014 to 64.8% in 2018. During that same time period, rates have grown about 3.5% a year, moving from $78.82 in 2014 to $93.50 in 2018
Downtown’s occupancy rates are similar, though slightly higher. In 2014, the downtown hotel occupancy rate was 63.9%. That rate has grown more slowly and fluctuated slightly as new hotels and additional rooms have come online. For 2018, it was 65.1%, yielding a 1.9% growth during those five years. 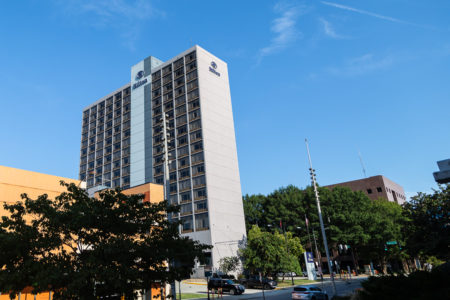 The total number of downtown rooms has grown to about 2,200 in recent years. The increase in number of rooms is only one part of the story for downtown, however. The average rate for an overnight stay was $112.32 in 2014 and grew to $132.08 per night by 2018, for a 17.6% increase over the five-year period. Given the large increase in the number of rooms downtown, the slight increase in occupancy rates and the large increase in prices, downtown hotels are generating far more revenue than they were just a short time ago.
There are other signs that Knoxville’s tourism industry is doing well. The Visit Knoxville website was visited almost 1.3 million times in 2018. Some of that was driven by major events like the Bassmaster Classic which drew a three-day attendance of over 153,000 people and the USA Cycling Championships.
An interesting sidelight to these major events is the fact that many smaller events come and go, often utilizing the Knoxville Convention Center (now managed by SMG and booked by Visit Knoxville) and, unless you are really tuned in, you never know they are here. For example, did you know Knoxville hosted the Southeastern Theatre Conference? Probably not, but it drew 4,500 attendees from across the south.
You may have noticed the Wing Ding, with all the Honda Gold Wing bikes circling around, but would you have guessed that event brought in 8,000 visitors? Kim Bumpas, of Visit Knoxville, says the Convention Center is completely booked to the point that some events get bumped for larger ones and are moved to other local venues.
For a big-picture reference point, Visit Knoxville works with 110 local hotels with about 9200 rooms. These hotels are the beneficiaries of the conventions, exhibitions, sporting events and overnight getaways people come to our city to enjoy. It also benefits us, the citizens of Knox County. The hotel tax generated about $8.7 million last year, in addition to the sales tax collected on those rooms. And that does not include money spent on meals, entertainment and retail purchases made while visiting.
The occupancy rate for downtown hotels and for county-wide hotels is up slightly from several years ago. For downtown, this comes despite a major increase in the number of available rooms and significant increases in price. It comes as a result of increased high-profile and lower-profile gatherings in the city, as well as a general increase in tourism interest in the city. There may come a time when we have too many hotels, but we do not seem to have reached that threshold yet.