A Business Closes, Plus Transportation, Style and a Superstar 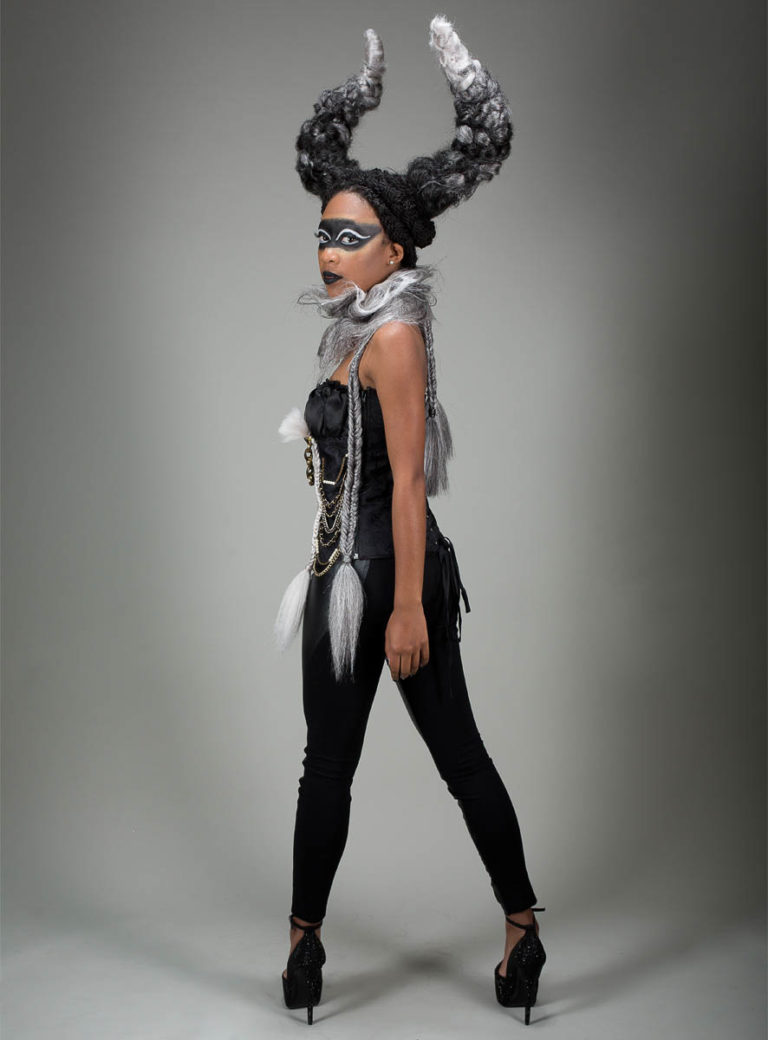 That’s a lot of weight for a caption to carry, but there are a number of smaller and larger items that warrant a mention and they cover quite the range of topics. Some of it has been covered in other media outlets, some not as much. So here’s a quick-hit of several topics worth mentioning:

Uncle Lem’s closed their Sevier Avenue location. It’s the first closure of note in what has been an unrelenting expansion of new businesses to the south side of town. It seemed like a natural fit — outdoor gear for a part of town increasingly known for its trails and outdoor activity. Anytime a business closes, it’s likely there are multiple causes, some of which are probably not obvious to an outside observer. My only thought here is that perhaps it was too early. The sign posted on the window made clear that the West Knoxville location and the new location in Pigeon Forge remain open. 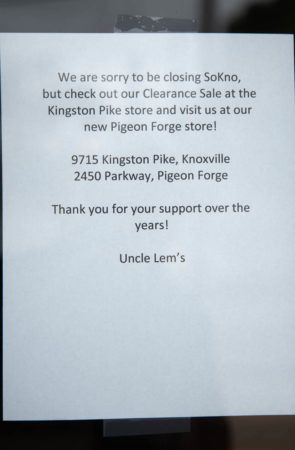 Transportation has been in the news, recently, with the temporary addition of the Red Line Trolley looping through Blount Avenue on the south side of the river, crossing the Henley Bridge to Main, taking Main to Gay and returning across the river on the Gay Street Bridge. It’s funded ($300,000) as a one-year demonstration project which will be extended if it gets enough ridership.

The plan for the Trolley is for people along the south waterfront, particularly residents at One Riverwalk and employees at Regal Headquarters, to take the trolley into town and then switch to other lines if they want to get to UT, further into downtown or elsewhere. I’ve heard from one Regal employee that the workers there appreciate it.

I’m not completely sold on the new route. While the south waterfront needs to be served, I’m not sure this does it well enough to generate the numbers of passengers they’re hoping for. I think I could start at Regal and walk across the Gay Street Bridge in a similar amount of time it would take to get to that point on Gay Street by the time riders crossed the Henley Bridge, traversed traffic lights, sat in front of the City County Building and changed lines before proceeding onto Gay.

That assumes that the desired destination isn’t the City County Building and I don’t think that would be a very commonly desired endpoint. Ultimately, I’d love to see this line extend to and loop through Suttree Landing Park. As that stretch becomes more densely occupied, that would be a no-brainer. A stop outside the public garage across from Regal would encourage parking there and riding into the developing strip. I don’t think we’re there, yet.

I wonder if it would not have been better to have the route extend into the heart of downtown before looping back across the river. If I wanted to catch the trolley from Regal to go to lunch downtown, it would be much more helpful if it traveled straight to the Market Square vicinity.

If the route is changed, due to poor ridership, I’d love to see a trolley stop near Market Square with a line that traveled to the north waterfront. Visitors have a tough time finding the river and getting down to it. A stop clearly marked “River Trolley near the heart of downtown activity would likely be used. Of course, that would mean we would need meaningful development on the riverfront that made the trip more appealing to larger numbers of people, but that’s a story for another day. 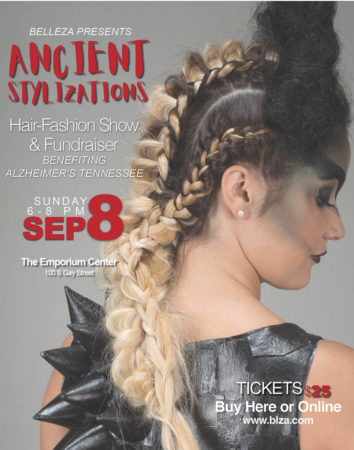 And what of style? There is a fascinating event happening in the Emporium this Sunday night. Ancient Stylizations is sponsored by Belleza Salon and Spa and benefits Alzheimer’s Tennessee. According to Holly Rainey, “Our Hair-Fashion event invites stylists to explore new, creative and innovative approaches to hair, makeup and fashion. Stylists will show off their best skills, while competing for cash prizes to be used for continuing education. The event will include delicious hors d’oeuvres, a cash bar, and silent auction, followed by our hair-fashion competition with Belleza stylists.” It runs from 6:00 PM to 8:00 PM and tickets are $25, available here or at the door. 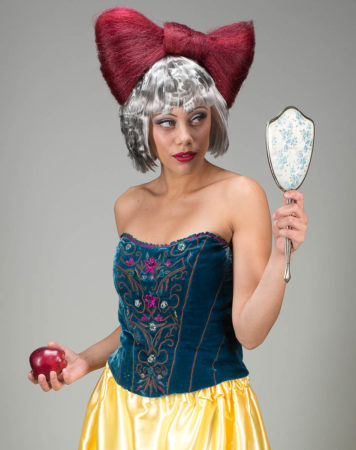 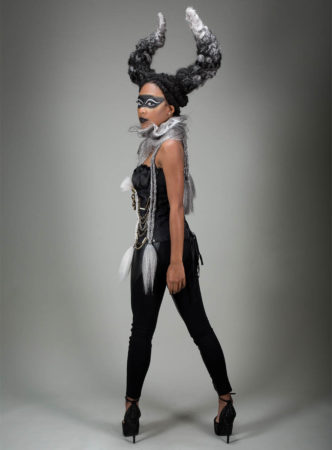 And the superstar? Well, unless you live under a rock (sometimes I think I do), you probably heard the announcement that Garth Brooks will give a concert at Neyland Stadium November 16. I suspect beer sales helped make it possible. Visit Knoxville and UT are producing the event and tickets go on sale September 30 at a cost of just under $100.

I’m probably the world’s worst ambassador for the show. I can only name one Garth Brooks song and I’m not real big on that one. He did bring country music into the massive stage production era, but then I was always a big believer in a singer with a guitar and a microphone delivering songs that are so strong production is an afterthought. But that’s just me. I’m sure it will be packed with excited fans. Enjoy it! And here’s hoping that Neyland Stadium could become host to other major touring artists. U2, anyone?