A Look (Way) Back at Downtown Businesses: Do They Last? (Part Two) 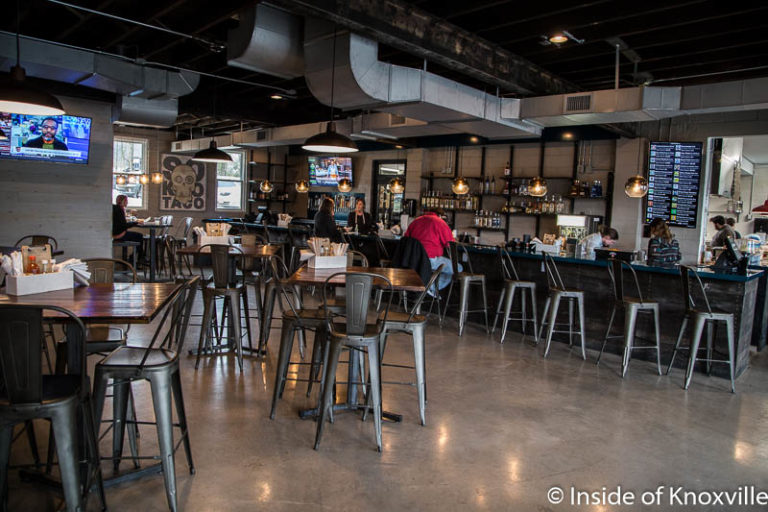 Last Friday I looked at downtown businesses, from 2010 through 2013. I found that survival rates were about average for downtown Knoxville as compared to national business survival rates. In 2010, seven businesses opened and two remain open. In 2011, nineteen opened and eight remain open. In 2012, twenty-five opened and thirteen remain.   Of those that opened in 2013, six of seventeen remain. Overall, Knoxville barely edged out the national averages for the years covered.

Today I’ll look at 2014 through 2017. I cut it off there because 2018 would include some businesses open less than a full year. During these years, the pace of openings escalated. Part of that has to do with my expansion into areas outside downtown proper that have experienced renewed interested and development.

Thirty-two businesses opened in downtown Knoxville and surrounding areas in 2014. Of those, nineteen, or  rem59%ain open. National figures would suggest we should be down around 49% open after five years, so we’re doing markedly better among this set of businesses.

The ones that opened that year, but have since closed their doors include Five Bar, Holly’s Corner, Bootleg Betty, Empire Deli, Walmart (I’m counting it because it was on the KAT Trolley line and was considered an asset for downtown), Bar Marley, Zip Car, The Village Marketing Group, Bula Boutique, Flow: A Brew Parlor, James Freeman Interiors, Mangos Decor (later Adorn) and Coldstream Market.

In 2015, the rapid rate of openings continued, with twenty-nine businesses opening their doors. Of those, fifteen, or 52% remain open. According to the national rates, we would expect 56% to be open, so we are very close to the national average in 2015.

The fifteen remaining business that opened in 2015 include Pretentious Glass, Knox Whiskey Works, Waldorf Photographic Art, Knox Heritage Art and Salvage Shop (counted as new because it moved to a stand-alone location in 2015), Frussies (counted as new though it was open before at a south Knoxville location), Red Door Boudoir Photography, Painting with a Twist, Babalu, Alliance Brewing Company, Wild Lavender, Good Golly Tamale (counted as an opening because Matt moved his business from his cart alone, to the store-front), Stripped Light, Oliver Royale and Crafty Bastard.

2016 was the biggest year for numbers of openings in the eight years I examined, with a total of thirty-eight businesses getting their start. Of those, a large percentage are still around, with twenty-nine continuing to do business. With 76% of the businesses still open after three years, we are far out-pacing the national average of 61%. What was it about that year?

Finally, 2017 saw nearly as many new businesses as the previous year, with thirty-four openings. Of those, twenty-seven, or 79% remain open. The expectation after two years is that 66% of new businesses will remain open. It’s daunting for anyone considering a business venture to think that nearly one-in-three will close in two years or less.

The seven businesses that opened in 2017 and didn’t make it past the two-year mark include Modern Studio, Exhale Old City, Lady Parts, City Lights Bar and Grill, Broadway Market, 19 Square Bar and Asian Kitchen (the name has changed, but it’s really hard to track), and White Dog Gallery.

The sky is not falling on downtown businesses. Quite the opposite: they are healthy and opening at a rapid and increasing rate.