The Nail Room to Open on the 100 Block 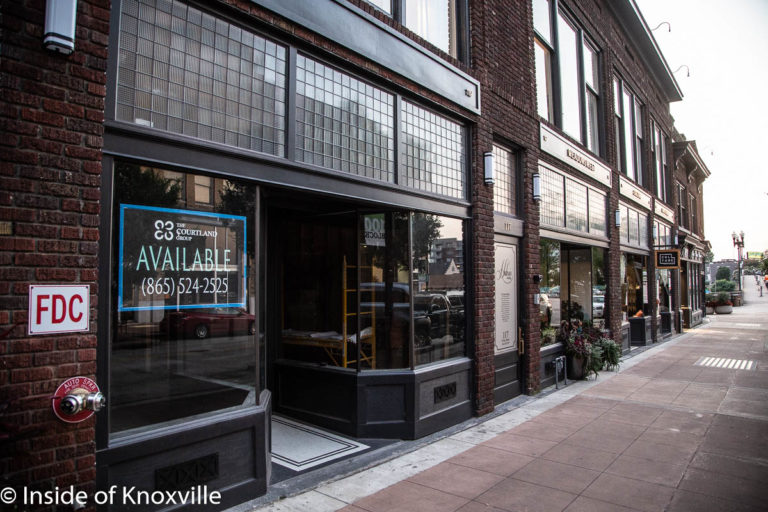 Truc Thanh Ngoc Pham is set to own her first business. She, along with David Nguyen, are at work preparing the space at 119 South Gay Street. That the couple would be together opening the project in downtown Knoxville is something of an amazing longshot. Born in the same town in Vietnam, they had to travel around the world to meet and to arrive at this moment.

Truc grew up in Vietnam helping at her mother’s restaurant. She attended three years of college in Vietnam, but her mother wanted her to leave Vietnam and experience the world. She attended college for a year in India before coming to the US, arriving in Chicago on Christmas night in 2009. With only one cousin in the United States, she traveled to New Orleans to attend college at Delgado Community College and “stayed with a friend of a friend of a friend of my mother.”

She studied English as a second language, but majored first in hospitality before switching to the Physical Therapy Assistant program, but her interest in school began to wane. She finished her pre-requisites and her hospital hours, but she got a job at a popular New Orleans restaurant which happened to be owned by David Nguyen. Her life changed directions with that meeting.

David, a native of Da-lat Vietnam, just like Truc, had taken a very different path to that moment. He and his parents and six siblings moved to New Orleans in 1990 where they were sponsored by an uncle who was a fisherman there. While they had been farmers in Vietnam, they worked in restaurants in New Orleans.

In 1998 the family moved to Knoxville where they had been preceded by one each of David’s older brothers and sisters. They operated nail shops and David got experience in them while attending Bearden High School, from which he graduated He attended Pellissippi for a couple of years and opened a nail salon inside Walmart, which he operated for six years.

Ironically, Katrina drew him back to New Orleans in 2009, at a time when most of the movement was in the other direction. He said he felt compelled to return and do what he could for the city. He operated Pinky’s Nail Salon from 2010 to 2016 and then opened MiMi’s Seafood which won the Best of New Orleans award.

He was open for two years and it was the second year when he was joined by Truc. The restaurant was very seasonal and he saw the future stretching out as a boom/bust cycle which would find him hanging on during rough seasons. He visited his parents, now in their late 70s, at their home in Knoxville a year ago and became convinced he needed to return to this city.

Once here, it seemed to he and Truc that the nail business offered more immediate opportunity. When they saw the space at 119 South Gay, they new it was what they were looking for. It had the right amount of space for what they have in mind and they feel it fits with the other businesses lined up in the Hubris Building by Jeffery Nash. They’ll join Meadowsweet Massage, Culture Hair Studio and Bat n Rouge eye lashes.

Truc, who has been doing nails for the last three years and is now working full-time at another shop, says they are looking to have a modern, trendy atmosphere. They are currently working through permitting, ordering product and working to set the design for the space. They hope to open in mid-fall.

Once open, they anticipate having six tables for nails and six for pedicures. They plan to host special events and parties for small groups, such as wedding parties. They plan to offer complimentary drinks to go along with their manicures, pedicures and artificial nails.