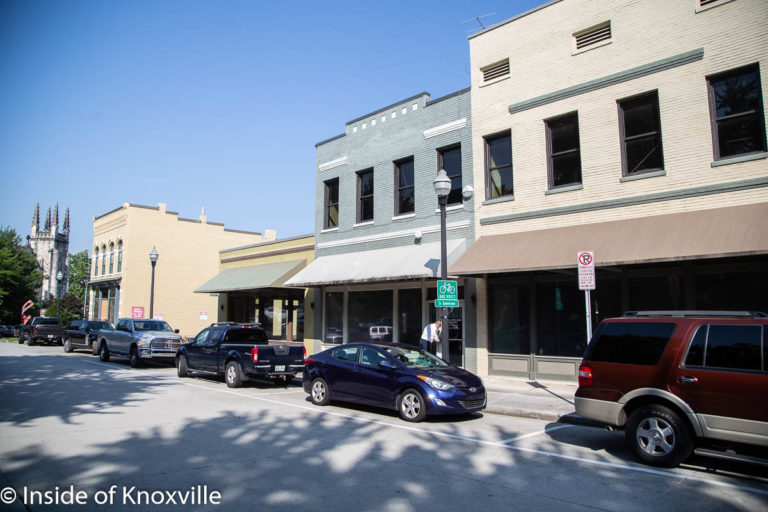 If you’ve never considered Emory Place, it’s worth walking through and giving it a bit of thought. If you don’t know where it’s located, consider walking north on Gay Street, past the 100 block, over the tracks and past Regas Square, under the Interstate and another couple of blocks. It’s less than a mile from Market Square, but it was developed to be similar to our favorite square. 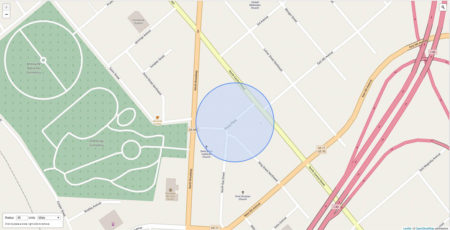 Tim Hill has owned the buildings on the northwestern side of Emory Place for about ten years and has recently begun the redevelopment of 5, 7 and 13 Emory Place. The interconnected buildings most recently housed General Auto Parts which had the first and second floors and the basement filled with inventory. The 15,000 square foot basement stretches along that entire stretch of buildings and underneath an adjacent parking lot and under the old post office building on the corner. Mr. Hill said the basement of that building originally housed the horses used by the postal service.

When the business closed, Mr. Hill said entering it was like stepping back in time. From the 1970s paneling to the linoleum and ancient carpet covering amazingly intact hardwood floors, it was from another era. Manual typewriters sat beside early versions of desktop computers with green screens. He likened it to a set of Mad Men.

Hill renovated the corner building when he took possession, but these had to wait until they were not in use by the business which dated back to the mid-1970s. He’d also restored the facades and the electrical system which he said was so old that KUB only had a couple of people who could work on it — and they were nearing retirement.

The majority of demolition has been completed inside for what Hill says he wants to be a development “with a historical feel, but a modern use.” R2R architectural group developed the plans. The market will dictate the ultimate use, of course, but plans call for retail on the bottom floor and two large apartments on the top floor. He envisions restaurant use for 13 Emory Place. The adjacent parking lot could be utilized as a patio for the restaurant, while the basement offers plenty of space for any needed grease interceptors.

The parking lot/potential patio has been scraped clean of asphalt which was covered a cement slab covering the basement. Water had seeped through over the years and had begun to deteriorate the supports underneath. The cement supports are being recast and the pedestal will be re-sealed for its future use.

The other spaces (and, really, all of them) could be used in other ways, for retail or flexible office space. The work, so far has rendered them near-blank slates for future tenants to help determine design of the interior space. Hill says he could see a brewery or maker space as well as other uses. Each of the three ground-level spaces has over 2,000 square feet, plus basement space below.

The primary external difference to the building will be that the apartments on the second floor will have expanded windows relative to what is seen today. This is to make the apartment space more appealing. The group considered making four smaller apartments, but went will two large units in an effort, not only to provide windows at each end, but also to allow for larger units which are hard to find so close to downtown. While one unit is just over 1750 square feet and the other is just over 2,000, they each have three bedrooms, 2 1/2 baths and a skylight.

It’s another step in the movement of development to the north of downtown and a major step in the re-emergence of Emory Place. It’s easy to imagine the smaller version of Market Square becoming a smaller, but equally vibrant version of its older twin. Simply replacing the small road and parking between the two buildings could be transformational to that end.