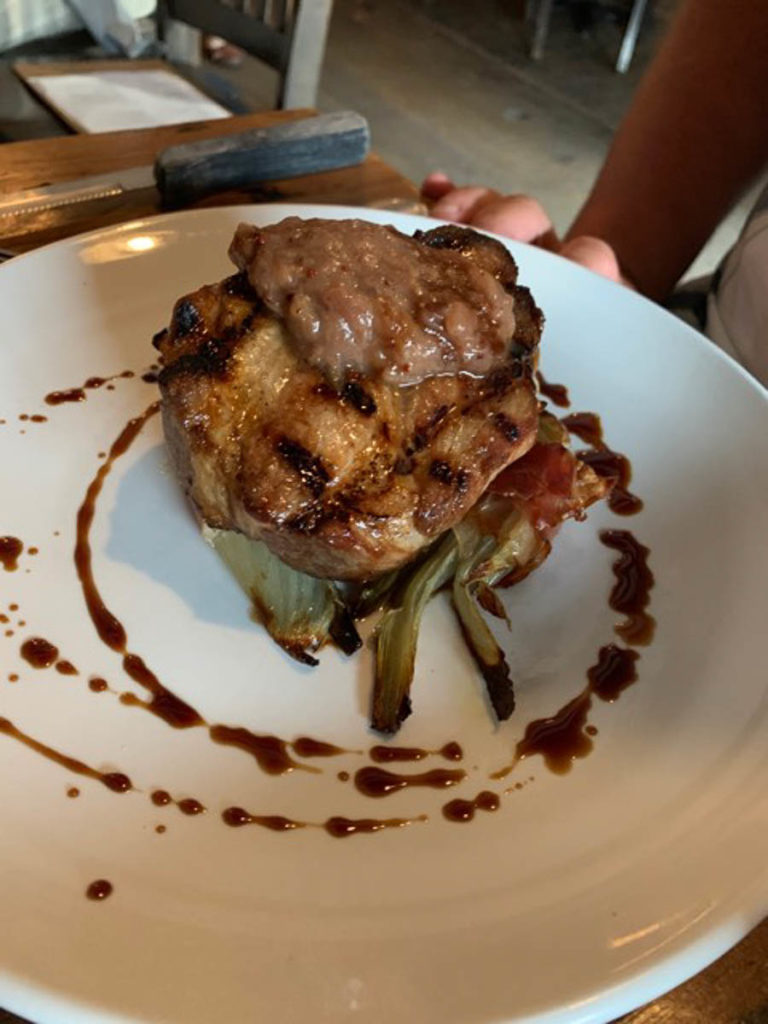 (Ed: Written by AppalachianGastroventures for Inside of Knoxville. This is the fourth installment in their monthly series of restaurant reviews, allowing for further exploration of local restaurants after their opening. Check out their blog for many more dining experiences!)

Any discussion of Italian cuisine has to include Emilia-Romagna, the food-rich area in Northern Italy. It’s not Rome, or Venice, or Florence, but it is affectionately known as Italy’s bread basket for a reason.

It’s the home of prosciutto de parma and stuffed pastas like tortellini. It’s the birthplace of balsamic vinegar and parmigiana-reggiano (parmesan) cheese. It’s the stuff of Italian culinary dreams. It’s also the region where Aziz Ansaris’s Netflix show “Master of None” spent much of season two, learning how to make pasta and gorging on the region’s bounty.

We salivated over those seasons of “Master of None” back in 2017 (“Allora!”) and while Italy is still an unchecked bucket list item, Knoxville’s own “Emilia” is a perfect gem of Northern Italy nestled in Market Square.

The restaurant is not actually named for the region; that honor goes to Chef Matt Gallaher’s grandmother and sister, both named Emily. But the restaurant does proudly take inspiration from Emilia-Romagna, and since opening in 2016, it’s established itself as one of Knoxville’s premier fine Italian dining destinations.

We recently made our second trip there, taking a trip through the eclectic menu. Shrimp, octopus, mussels, and burrata entice as appetizers, but at the suggestion of our server, we opted for the artichoke fritters, which were described as similar to hush puppies.

That doesn’t quite do the fritters justice—they were delicately fried, bringing out the nutty sweetness of the artichoke. A charred romaine salad also highlighted one of Northern Italy’s best ingredients, parmigiana-reggiano, with the salty flakes of cheese drizzled in olive oil and Caesar dressing. We found ourselves scraping the plate to get every last piece of cheese into our mouths.

Everything at Emilia is made fresh, including the wide variety of house-made pastas, and no dish better exemplified that than the lobster campanelle pasta.

The subtle sweet and tangy of pickled summer corn, tart local tomatoes and rich and smoky Maine lobster was like taking a bite out of summer itself, and it was all perfectly paired with the “little bells” pasta. Corn puree acted as a sauce, and basil and Calabrian chiles added a refined level of flavor to the dish.

Not to be outdone, the plump and tender pork blade steak was topped with a rhubarb mostarda, blending the sweetness of rhubarb with the mustard and vinegar preparation of a mostardo in the consistency of a jam. The hints of sugar and mustard brought out the flavor of the pork and made for a perfect protein dish. We’re not typically fans of fennel and its black licorice tones, but wrapped in Benton’s ham, the anise-flavored vegetable was an herbaceous complement to the smokiness of the ham.

There is plenty of wine on the menu to pair with any dish at Emilia, and we chose a Lambrusco di Sobara Rose’ from Emilia-Reggiano. Sweet and perfectly effervescent, it had enough acidity to level out the richness of the lobster.

As sides, house-made focaccia and grilled broccolini were perfect in their simplicity. The focaccia was warm and served with Cruze Farm ricotta and olive oil and sprinkled with sea salt flakes; the broccolini exuded freshness with lemon, garlic and Calabrian chiles for a bite of heat.

Dessert was a perfect complement to the savory dinner: a coconut semifreddo with a passion fruit mousse dusted with coconut sugar. When the pillowy mound arrived, it looked like a small version of a white frozen Hostess snow ball, but it was a great contradiction in flavors: smooth coconut on the outside and a tart kick in the mouth from the passion fruit on the inside.

It was a perfect palette cleanser for a brilliant meal that transported us to Northern Italy, if only for an evening. Allora!