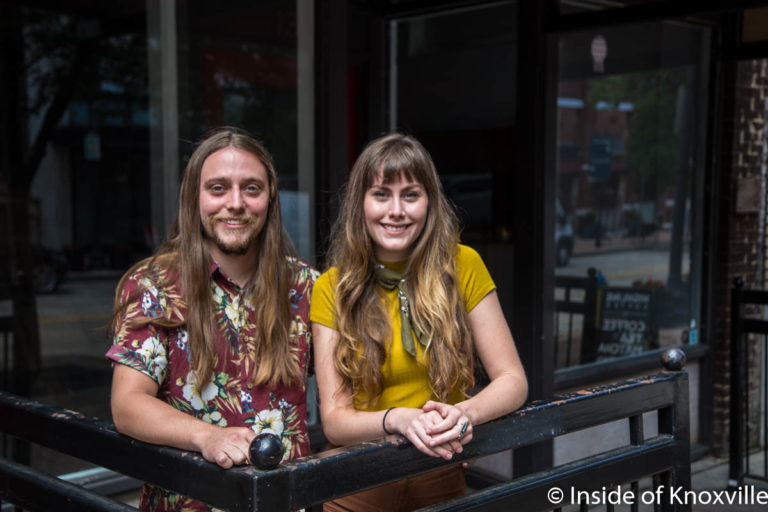 Co-owners Ryan Shanley and Jocelyn Morin have announced plans to open Tern Club, a neighborhood bar with high-end cocktails at 135 South Gay Street, most recently the home to Sugar Mama’s. Named as a tip of the hat to the Stork Club operated by Ryan’s grandfather, the couple hopes it is a comfortable place for the patron who wants a Coors and the patron who wants a sophisticated cocktail.

The couple recently moved here from Portland, Oregon. It’s the area where Ryan grew up, though he graduated high school in Seattle, after which he graduated from the University of Oregon with a degree in English Literature. The next years involved travel and a range of experiences.

He lived in India for six months, worked for a non-profit and spent time in Vermont, Pittsburgh, Alaska and Illinois where most of his extended family lives. He worked construction and traveled in South America. He says he’s been intent on traveling and seeing the world. Eventually, he returned to Portland and began work at Altabira City Tavern.

That’s where he and Jocelyn intersected. He had a similarly interesting journey to that spot. Born and raised in New Hampshire, she attended college in Burlington, Vermont, where she majored in Community and International Development and minored in Food Systems.

She studied abroad in Oaxaca, Mexico and began developing a love for food and a range of cuisines. After graduation in 2014 she took a jewelry class and apprenticed for almost two years to learn the craft. She worked in the service industry and began selling her jewelry on Etsy. She boarded an Amtrak train and crossed the country in an effort to pick a place to live.

She landed in Portland, working for a time at The Alibi, Portland’s long-running Tiki Karaoke  Bar which opened in the 1930s. She continued to make jewelry and worked in a maker space there and eventually shifted to work at Altabira. One day arriving at work, she was joined on the elevator by Ryan, who was there to apply for a job. They said little to each other for months, but eventually became a couple.

As time passed, she decided she would quit and devote more time to her jewelry or, perhaps, study graphic design. Similarly, Ryan made plans to attend nursing school. They quit their jobs and took an extended road trip before making their next move. It was on that cross-country trip that the couple began questioning their plans and even the choice of Portland as a place to build their future.

Stopping often at national parks, the couple traveled through California and Colorado. They visited Philadelphia, New Hampshire, Vermont and landed in Illinois where their stay was extended due to the death of Ryan’s grandmother. With the business idea taking root in their minds and not wanted to return to Portland which they feel is crowded and intensely competitive, they began looking for a smaller city.

They looked at maps in a radius out from Illinois. They began to study liquor laws in various states. They learned that some locales restricted the number of liquor licenses awarded, meaning a new business had to wait until one came available. They considered Atlanta, Nashville and Asheville. They noticed a small city in the middle of them all and, as a bonus, it was near a national park.

They visited Knoxville, looking for a city that is ascendant and “hasn’t already blown up.” They were also focusing their plans and wanted to find a place that didn’t have what they hope to offer. They visited last September and fell in love with the Old City. Oli Bea made a favorable early impression.

Intent on living in a place they could walk for most of their needs, they moved into White Lily Flats in November, expressing surprise at the low cost of living in the city. Saying the walkability is important to them, they say they only move their car about once a week.

They looked for a small space to execute their plans and feel they’ve found it on the 100 block, which they feel is a beautiful spot. Their concept involves “rum-centric tropical cocktails.” While the whole range of cocktails and local craft beer will be on tap, the emphasis will be on “tiki cocktails with a mid century aesthetic.”

The heyday of tiki was in the 1950s and they plan to incorporate a mid-century, “funky” decor and intend it to be a “transportive environment.” They will give a nod to the tiki tradition while giving it a modern twist. They’ll start with a collection of “fifteen to twenty” rums and will likely expand from there. They say to expect rums that might not be as common. They’ll have traditional drinks and their own creations, alongside any liquor patrons may want.

Small plates will be available emphasizing fresh ingredients and dishes from other cultures. They are ready to hire staff who they intend to cross-train as much as possible. Service will be an important part of the experience they hope to deliver.

They are currently working through the licensing and permitting processes and hope to be open six days a week (likely closed on Monday) starting in late summer. Their plans include special events and private events on Monday. Working with local maker groups is a priority.

The couple says people have been dropping in whenever the doors are open, just to welcome them to the block and the city. They are excited to be here and say it feels like they made the right choice.