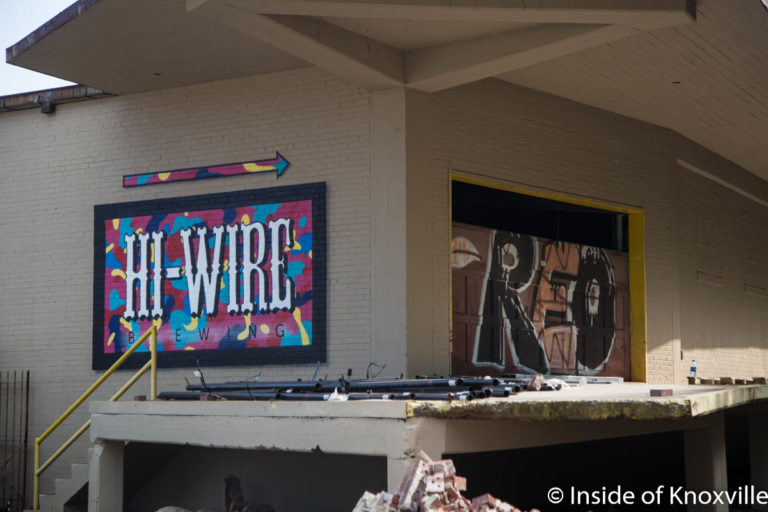 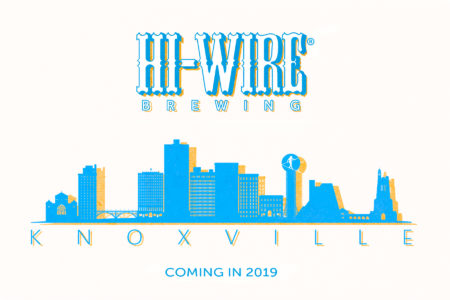 Last February, plans were announced for having a tasting room for Asheville’s Hi-Wire Brewing Company at 906 Sevier Avenue in South Knoxville. The addition of an award-winning Asheville brewery to our local landscape continues the expansion of the craft beer movement and extends its economic impact. It also furthers the rapid redevelopment of south Knoxville near the south waterfront.

Ben Bishop, the new Tap Room Manager invited me to come take a look at the progress. Ben may be known to readers for having managed both the downtown and west locations of Shuck. More recently he worked for Triple C Distributing for three years. When they were bought, he took a break to consider his next move. When Hi-Wire’s plans were announced for Knoxville, he applied for and got the manager’s job.

The entire top floor of the large building at 906 Sevier will be dedicated to the tasting room. At roughly 10,000 square feet and with a rooftop terrace being added, as well as a large patio space in the back, there is room for large crowds, as well as some of the games they intend to have in place.

The company was established in 2013 and this will be their fourth location. The other locations include two in Asheville and one in Durham. This is the company’s first venture outside of North Carolina. Having the tasting room in the city will allow Knoxville beer drinkers the opportunity to sample some of the company’s beers which are not released beyond their walls. Ben promises some one-time-only brews will be served at the location.

Entrance to the tasting room will be from the back, though the current garage doors will be replaced with glass doors. Inside, Asheville muralist Ian Wilkinson is painting murals as he has done at the other tasting room and brewery locations. Other interior touches include a bar built by Andrew Edens with Smoky Mountain Vintage Lumber and includes wood salvaged from elsewhere in the building.

The interior will feature community-style tables and the entire footprint, including terrace and patio will have an official capacity to be set later, but it was previously reported to be over 450 persons. Soccer pool, ping pong, shuffleboard and foosball will be found inside and a small frisbee golf area will be located outside. Two large televisions and a pull-down screen with a projector will show major sporting events.

Restrooms have been added, as well as a new HVAC system, but Ben says the room was pretty much usable as it was. The center features concrete columns that expand at the top and include the imprint of the boards that framed them. They are worth a look as you enter. Construction is being completed by a crew associated with developer Jason Stouffer, one of the owners of the building.

The previously projected summer opening appears to be on track, with a grand opening tentatively set for August 10, though Ben says he believes they will be open before that date. The grand opening will include a ferris wheel and other touches related to the circus, which is a theme in the company’s name and many of its beers.

Once open, we can expect 24 taps, with three reserved for wine for the non-beer drinkers. Plans are for the business to be open seven days a week with tentative hours to be 3:00 PM to 11:00 PM Monday through Thursday, Noon to 1:00 AM Friday and Saturday and Noon to 10:00 PM on Sundays. They also plan to have a range of events and want very much to be a part of the south Knoxville community.

You can connect with them via their Facebook Page or webpage.