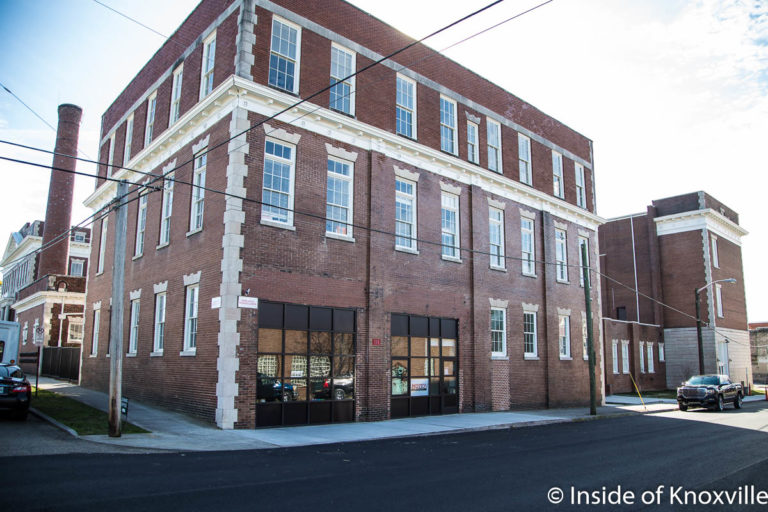 Dover Development has announced that a portion of the Knoxville High development, the previous Number Three Firehall will be offered as Firehall Apartments. The market-rate apartments will be managed by Senior Solutions, the company which manages Knoxville High Senior Living, but it will not be a part of the senior living component and is open to anyone.

The building is located on Fourth Avenue just behind the main Knoxville High campus. All twelve units are ready for occupancy and one currently has a commercial tenant, with Motion Physical Therapy having moved in earlier. Of the remaining eleven units, two are under lease and the other nine are available.

The units are similarly finished to those in Knoxville High, but will be leased without the meal component and other amenities in the senior living portion. All units have washer/dryer, range, microwave and dishwashers included and are wired for AT&T or Comcast. Security and maintenance is included and a trash pick up service is available and a possible rooftop space is being explored. The apartments range in size from 580 square feet to 820 square feet and in price from $900 per month to $1520 per month.

Knoxville High has continued to steadily fill, with over forty units occupied and others soon to be under contract, but it was felt that this building was better suited to young professionals desiring great proximity to amenities. While filling a senior living complex is a process – generally houses have to be sold and decisions made about changing lifestyle – the demand for apartments in and near downtown continues to outstrip supply.

The building dates to the 1880s and was originally called the North Knoxville Station. A third floor was added at a later time. The look of the original station was preserved with the new storefront glass emulating the firetruck bays that were in use until the 1970s.

This particular spot is one of the hottest in an area of town that continues to explode. With Broadway two blocks to the north and the Old City roughly three blocks to the south, it is also located an easy walk from popular spots like Elkmont Exchange, Kyrbra Athletic, Crafty Bastard, Remedy Coffee, Paysan Bread, the Corner Lounge and more.

The apartments will likely be taken rapidly. If you are interested, you should contact the marketing department of Knoxville High at 865-210-5544.