Big Ears News, Other Music Happening Around and Lots of Video for a Snowy Day 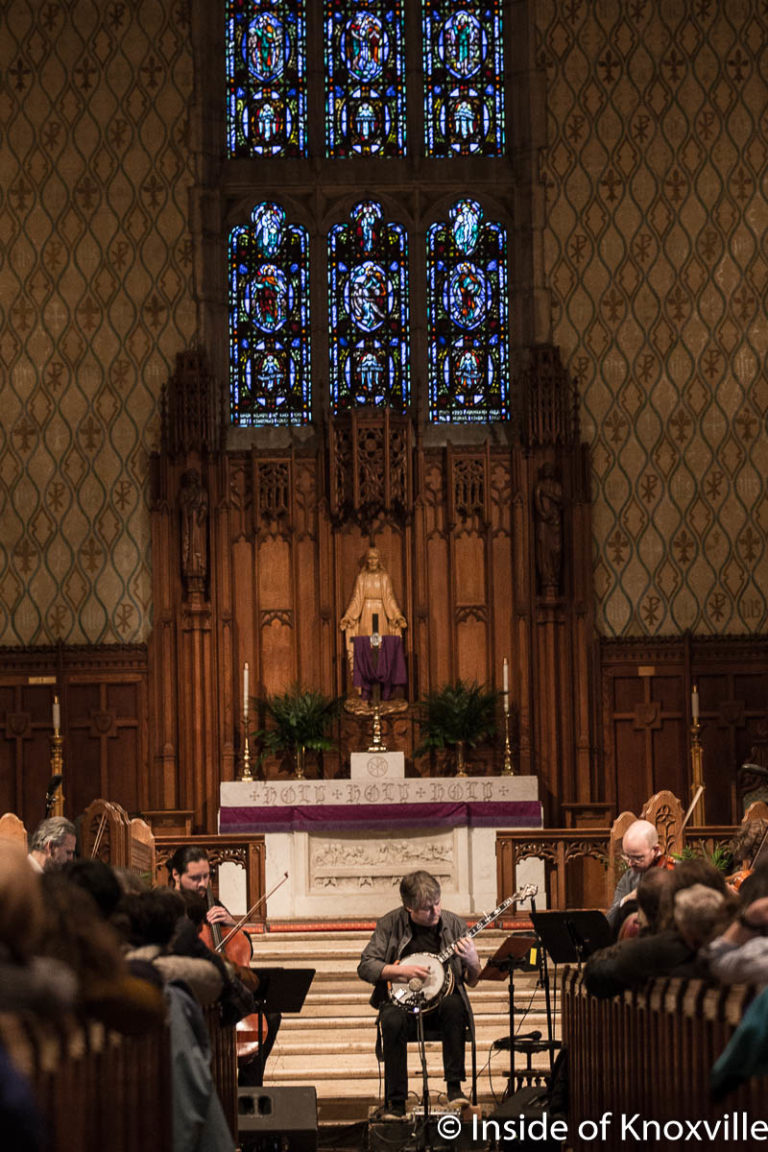 Well you’re either comfy at home in your pjs because of the latest snowpocalypse or you fought the ragged back roads of KnoxVegas to dutifully report to work. If you are home, this article is for you. It’s packed with enough music to spend your morning whiling away the musical gyrations included below. If you are at work, well, goodness knows this one’s for you. I guarantee your boss doesn’t expect you to work after driving the roads and risking your life. So plug in and act like you’re working.

What I’ve done with this article is blend several musical events coming, current and gone from the recent Knoxville stage. I’ll start with a large dose of Big Ears, hit you up with an excellent new single by a Knoxville band, tell you about a recent concert that blew my mind and end with where you need to be to hear great music this coming weekend. Is that enough. Oh, yes, it is.

First up is Big Ears. Incredibly, this will be the 10th anniversary edition and included will be over 100 concerts in four days at 12 venues along with “film, exhibitions, discourse and interactive experiences.” It’s enough to make a wannabe music officianado cry. Let’s narrow the focus (a tiny bit).

This year’s festival will feature a large number of artists from the ECM label which is celebrating its fiftieth anniversary. The label is very simpatico with the Big Ears universe and, so, a pairing of the two is a natural.  While a number of ECM artists have played Big Ears over the years, this year will be special. As the label celebrates all year and around the world, the twenty performances at Big Ears will represent “the largest group of ECM acts under one banner in the United States (and one of the largest in the world) during this auspicious 50th year.”

As Monty Python might say, “And now for something completely different.” The Sedonas are a Knoxville-based band touring hard in all directions. They fall into the large catch-all of Americana, but there are all kinds of roots running through this lean line up featuring the soulful vocals of James Connor Wike and a stellar band bringing home an early seventies, late sixties style groove that sounds as contemporary as the latest tweet. Check out their new single below and their album American Paint. Expect to hear them soon on KnoxCentric.

Next up, I’ve simply got to mention one of the finest concerts I have ever seen. It happened last Friday night at the local PBS studio on Magnolia. They’ve been recording a jazz series called, “Live at Lucilles,” which I’m sure you can expect to be aired sometime in the future. Don’t miss it. Hosted by Vance Thompson as part of the Knoxville Jazz Orchestra, this past week, the featured artist was the Christian Sand’s Trio. Mind. Blown. If I’ve ever heard a better pianist and composer I don’t remember when. Check out this video and don’t let the early minutes fool you. He’s just being chill and waiting to explode. Here me now, believe me later!

Finally, this is the biggest weekend of the year for local music as a host of musicians come together for a good cause. Waynestock: For the Love of Drew started as a spontaneous expression of love for local music critic Wayne Bledsoe on the death of his son, Drew. The causes supported by the show have rotated since, but the artists and bands presented are among a who’s who of Knoxville’s finest.

The first night (Thursday, January 31) this year will be at Outpost (a few feet off Central in Happy Holler) and the subsequent nights (Friday and Saturday, February 1 and 2) will be at Relix Theatre in the heart of Happy Holler on Central. You don’t want to miss any of it from the beginning with one of my favorites, the John Myers Band all the way to the finale on Saturday night which is always one of the highlight musical moments of the year in the city.

So, I’ll leave you with a few the of artists you can expect at Waynestock and I’ll hope to see you there.