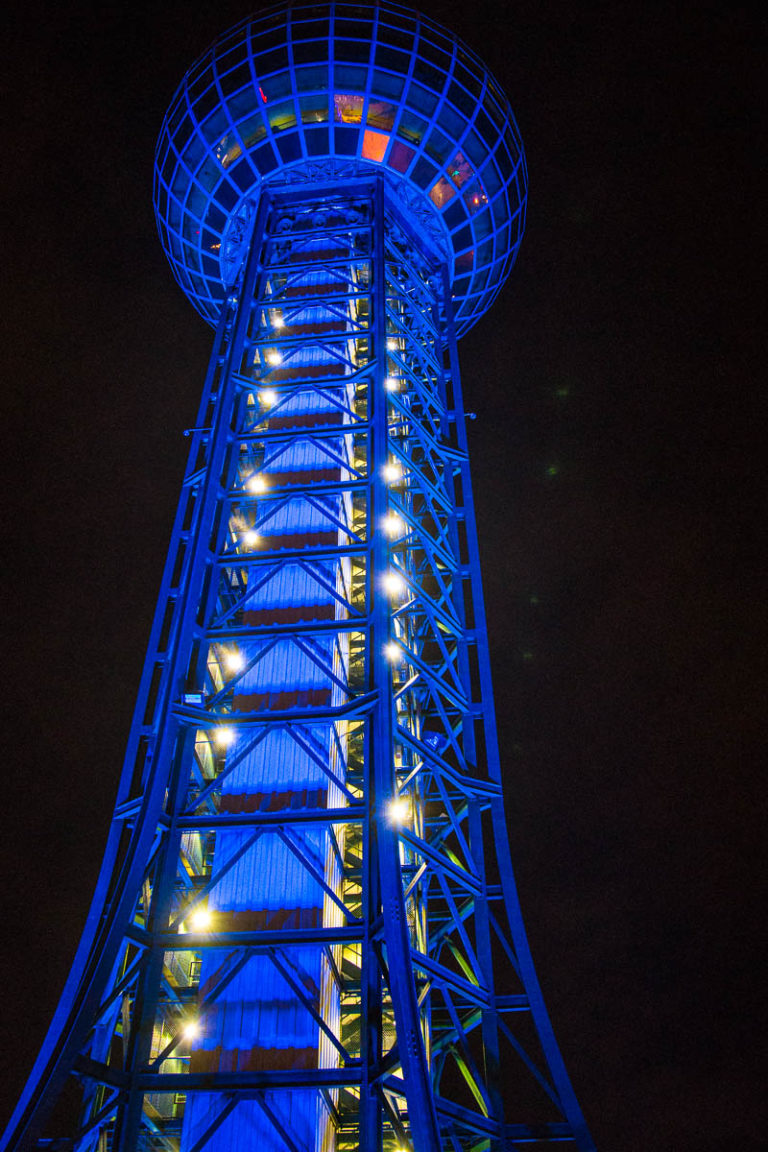 The time has finally arrived. If you haven’t finished the details and tasks demanded for that perfect celebration, you are up against a wall. Hopefully, the demands are met, presents wrapped and plans are underway to enjoy a happy time with people you love. Leading up to that perfect conclusion, the days can become a blur of obligations and stress. Except for those special moments.

You know the ones I’m talking about. That moment when you realize you are in the midst of very special people who you dearly love. Or that moment when the snow seems to be falling or the bells seem to be ringing for you personally. Maybe it involves the joy on a child’s face or a meaningful encounter related to your faith.

I’ve always waited for those special seasonal moments and, if I’m honest, they are harder to come by as I get older. We had some in New York City a month ago, as I wrote when we returned, but what about the month since in Knoxville? It might not surprise you to know that my special moments centered on both downtown and on music. Strangely enough, neither had anything directly to do with the holidays.

The first came with the Neif Norf performance of Phil Kline’s “Unsilent Night,” which I previewed here. The only connections to the season are in the obvious reference in the title, the fact that bells are a primary instrument in the piece and the similarity to carolers walking about performing music. Urban Daughter and I joined several dozen others beneath the magically lighted Sunsphere for the event. It was lighted for Children’s Hospital, but set the scene perfectly for the performance.

I won’t re-tell what is involved in the performance, but suffice to say that, played over blue-tooth speakers, it lasted forty-five minutes. It is in four movements and via apps, some people started with the first, some the second, etc. It culminates together at the end with fading bells. The intention is for the piece to be mobile.

We left the Sunsphere and walked across the beautifully lighted pedestrian cross-walk which encapsulated the sound a bit and added to the magical feel of the music. In addition to attempting a few photographs, I experimented with my own interaction with the sound by turning my head different ways and changing spots in the group. It was fascinating and surprising to hear the sound change as I moved.

Another layer of sound interaction came with the passing sounds of the street. Designed to be experienced in an urban environment, the piece was first performed in Washington Square in Greenwich Village in New York City. People talking, cars splashing through the streets, buses and street cars, conversations on the sidewalk, trash being taken out or loaded into trucks generated sounds that become part of the experience. If you love those sounds in a city, as do I, it’s like sprinkling fairy dust onto something that was already a favorite: it just makes it better.

The other delightful facet of the experience for me was watching reactions of people who didn’t anticipate it. I was amazed at how many people kept a stone-face pointed forward when encountered with dozens of bells and strings in an unexpected encounter on the streets. Others smiled or laughed in delight and it appeared a couple waited in anticipation from a window on the 100 block, cheering wildly as we passed. Or maybe they had too much to drink and thought it was cool.

I’ll confess to grinning like an idiot the entire time. For someone who loves cities, loves music and dreamed decades ago of being able to move about with a soundtrack hovering around me, it was a dream. And it was fun to be a part of a crowd bringing the music to our surroundings. It was my special moment. I felt the season, even if the event only had the barest of connections to it.

The second event was very different, but also involved music. A benefit concert for Bridge Refugee Services of Knoxville was held called Putting Down Roots. It featured some of my favorite artists, including R.B. Morris, Greg Brown, Malcomb Holcomb and Mary Gauthier. Held in the lovely Bijou Theatre, the show played to a nearly-full house and the money went to this great organization.

As with many special moments, it was a confluence of variables that made this one so great. The setting is one my favorites in the world, the music and musicians are some of my favorites, the cause is an important one and has more relevance today than it has had in a long time as we debate the future of refugees in this country. And the house was packed with people I love. It seemed nearly everyone associated with downtown and doing good things for our city was in the house. I told a friend later it was a group you’d want if you were picking a core of people to restart civilization. And maybe that’s what we’re doing.

The only connection to the season was that each artist played one of their songs that mentioned Christmas in a direct or indirect way. Very subtle. The other, obvious connection being that Jesus and his family, according to the Bible became refugees and were given safe harbor in Egypt until they could return to their home. It’s a good time of year to think of Jesus as a refugee and ponder that point, if you are a person of faith.

So, those are my two special moments of the season. Urban Daughter did not share my love of the first, so it wasn’t one of hers. Those moments are special. What were your magical moments of the season when the world felt right, even if momentarily? I hope you’ve had yours or you’ll have it in the next days. Happiness to you all.

Ed. Notes: I apologize for the photographs of the Bijou show – I took them with my cell phone and I’m terrible at that. Also, if you’d like to learn more about Bridge Refugee Services and to hear a live performance of a beautiful song by R.B. Morris, you can listen to my recent interview with him and with Executive Director Drocella Mugorewera, you can listen here.