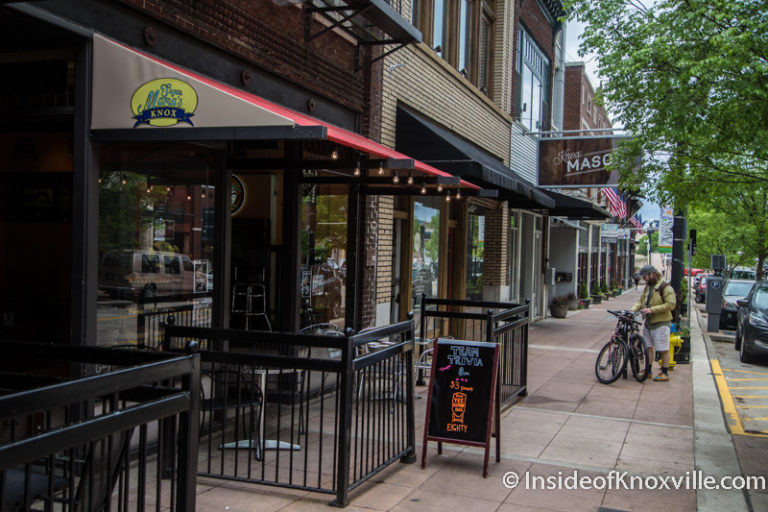 In March of 2016, Sugar Mama’s opened at 135 South Gay Street. Hannah and Mike McConnell brought a love of craft beer and Hannah’s baking skills to a brick and mortar address after early success working out of their home. A number of businesses carried their goods and the couple had a cooking segment on WBIR (which they will continue).

The subsequent years have seen the couple shift their menu, expand their taps to include all the local craft beers under one roof — the only spot to offer them all. They hosted comedy and music and developed a community of dedicated customers. In the end, while the business made enough to support itself, they realized they weren’t reaching their longer term goals. Mike says they never expected the restaurant would make enough to support them and they’d continued to work other jobs. They closed the doors on October 28 for the final time.

Several variables contributed to the struggles. The small kitchen provides a limit to the amount and kinds of food that can be produced, for example. Training was more difficult, because in the small space, everyone had to be cross-trained to do every task whereas in a larger kitchen, people specialize and are easier to train.

I met with co-owner Mike McConnell, who said that the couple is proud to have undertaken the business with no financial backers, but that they’ve learned that brings its own difficulties. “Our goal has always been to do something bigger. The plan for the new venture was closely designed and refined with the help of many local industry veterans.”

He says they were approached by a local non-profit about the possibility of “creating a bigger concept,” that would involve taking Sugar Mama’s community focus to a new level. While the idea is complicated, it appealed to them and fit more with what they’ve wanted from the beginning.

They’ve shifted gears to search for the right backers and the right location for a much larger (the kitchen, he says, will about the size of their main restaurant area), full-service restaurant and brewery. They plan to offer farm-to-table dishes and they plan to support local non-profits with a percentage of the profits from the new restaurant. While they will likely support a range of non-profits, the issue of food insecurity is one that particularly excites them.

They also hope the restaurant and brewery will be able to offer space, sort of as a “central hub” for community groups to come together and work toward mutual goals of improving the community. Mike promises the same inclusive atmosphere from Sugar Mama’s will be carried over to the next venture.

For the food, the plan will include some of Hannah’s most popular desserts, but also a focused menu offering fresh, healthy food for brunch, lunch and dinner. They will offer a “solid selection of excellent choices, not an overwhelming menu the size of a phone book. He says they are proceeding with “the help of local chefs adn business owners.” They plan to have options for people with dietary restrictions. They plan to produce popular beer styles, but also “a variety of beers not produced in the area. We also want an extremely collaborative relationship between the kitchen and brewing teams.” They also plan to have a full selection of cocktails and wine.

They continue to look for a perfect space and are combing downtown and near-downtown spots. They also continue to search for additional investors and interested non-profits. If you’d like to discuss becoming involved with their next step, contact Mike McConnell at mike@sugarmamasknox.com. And watch this space for future developments.