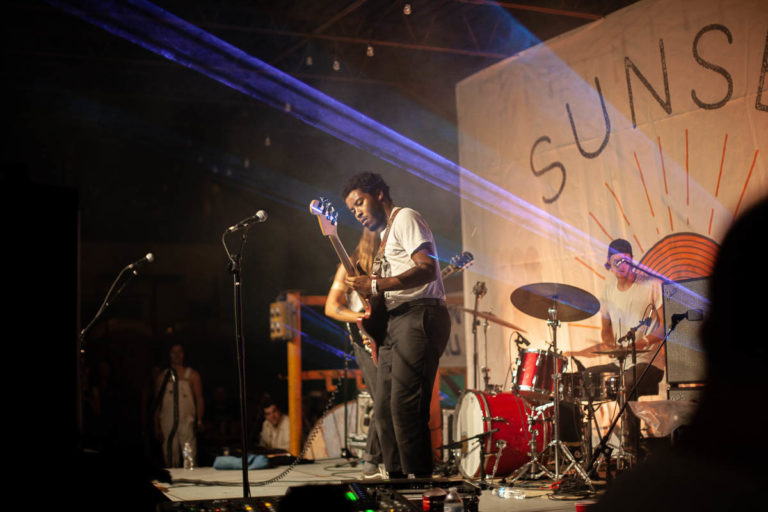 Sunset on Central (Photo Courtesy of Born and Raised Productions) 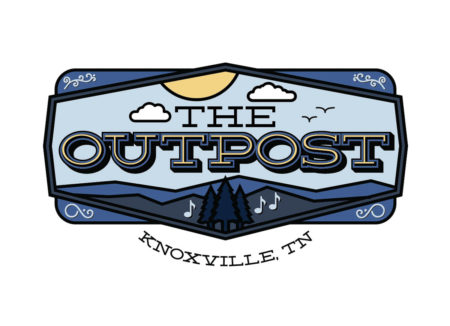 It’s been over three years since I first told you about a unique series being promoted by Kent Oglesby of Knoxville Music Warehouse and Garrett Thomson. The series was a set of “secret” shows. Artists were announced, but not venues. Only ticket holders got to know the “secret” spot and those were not typical concert venues. It was born of necessity: The duo didn’t have a space to promote their shows, so they had to improvise.

The first secret show, a concert headlined by Joseph LeMay, was held at Saw Works Brewing and was an out-of-the-gate success. The duo produced a half-dozen-or-so shows that fall, including a traveling show in November. They followed with a second season of secret shows in the fall of 2016 and ended the series with a show coinciding with the opening of Pretentious Glass.

From that final secret show at Pretentious, the duo felt they had found the venue they were looking for at the time and, in late 2016 began a series of concerts at Pretentious, starting with a show by William Wild. This pairing eventually led to a series starting in March 2017 and going through the fall of that year. A second series followed this year and the enterprise finally gave form to a formal production company headed by the two: Born and Raised Productions.

There are two shows remaining in the Pretentious series, Lillie Mae on October 12, and Music of the Dead with Shakedown Six on October 19. Additionally, Born and Raised is producing a show headlined by Caleb Hawley at the Open Chord on October 27. The Pretentious shows have all started at 8:00 PM and 70% have sold out. Garrett pointed out that he feels it shows early shows can work well, and it leaves time to catch a later show at another venue or to head home at a reasonable hour.

It’s worth mentioning that Born and Raised has now produced a music festival, Sunset on Central, two years running. It’s been very successful and added a second stage this year. It added another wrinkle to the kinds of shows Born and Raised can produce.

While the series has worked well, it leaves a gap from the end of October to the beginning of March, given that the series is on an outdoor patio and the weather becomes more difficult during those months. Wanting to produce shows during those months, but lacking a venue, the two learned that the latest effort to revive Modern Studio in Happy Holler (Holler Performing Arts Center) had fallen short, they approached the owners of the building about the possibility of hosting shows there on a temporary basis.

At that point, matters could have become more complicated to the point of ending the conversation: Abridged Brewing has an agreement to use the space. As it turns out, the owners of both the building and of Abridged agreed to allow the use of the space for a series of concerts to begin in November and to run until spring. Garrett and Kent plan to make the space both acoustically and visually appealing for concert goers. They feel it can be an excellent venue with the addition of a stage they are building for the series. They are calling the Venue at 109 West Anderson Avenue and series, The Outpost.

They love the location for the fact that the community is coming together to make something special of the area and they want to be a part of that, even if that means it will be temporary. They will control programming in the space for those months and they have plans beyond the concerts they will present. You might expect Dogwood Arts events and, perhaps Maker Meet-ups. They’ve applied for a beer permit, which is a first for the venue, and they are actively seeking ideas for use of the space between the shows they present.

As for the shows they’ll produce, there will be a series of announcements as more artists are added. While it will be a mix of local and touring groups, they are looking for shows that are a bit different from other local shows. They’re considering themed shows, for example. It’s part of the progression for Born and Raised. It’s a progression that they hope eventually leads to a dedicated music space they can promote year-round.

Today they are announcing the first of the shows, which you’ll find listed below. Tickets are available through the Born and Raised website.