Blackhorse Brewery and Downtown Pub to Open on Gay Street 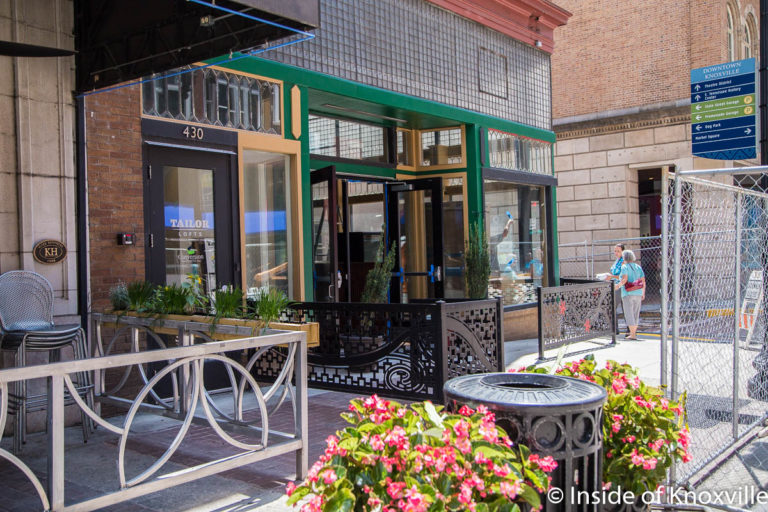 Word has been circulating for a while that Blackhorse Pub and Brewery was coming to 430 South Gay Street. It’s the former location of Five Bar and, before that, Arby’s at the corner of Union and Gay, arguably the intersection at the heart of downtown. While many may miss the previous restaurant, in Blackhorse, downtown is getting a proven concept and owners with deep experience. The new location will be called “Blackhorse Brewery and Downtown Pub.”

I recently spoke with Jeff Robinson who co-owns the business with his wife Sherri. He said, “We’ve been in the pub business since 1992.” That would be when they established the first Blackhorse location in Clarksville’s downtown. It’s still there and doing well. The allure of a larger city prompted them to open a second location, at Western Plaza. They operated there from 1997 to 2000. The Clarksville location had been devastated by a tornado in January 1999 and when Green Hills Grill contacted them about buying the lease, they accepted, so they could focus on the original restaurant.

Five years ago, they began to look at Knoxville once more and looked at 430 South Gay because they have, “been very happy in historic buildings in Clarksville. Timing and cost had not worked out, but when it became available this time, we decided we needed to pounce on it.

The company brews its own beer and the brewing had been taking place at the Western Plaza location. The operation had grown as they brewed beer both for themselves and for distribution, so a decision had already been made to move all the brewing operations to a new location in Alcoa. That location will also include a pub-style restaurant.

As have their other locations, downtown will include, “upscale classic pub fare.” The menu is being updated for the downtown location and will focus on burgers, flatbreads, pastas and steaks. He says they will maintain a mix of six or seven different burgers with interesting options and that, along with the flatbreads, will be the core of the menu.

The new location will have twelve taps, featuring Blackhorse beers. The company produces, “38 to 40 different beers throughout the year.” Six of the taps will remain constant with their most popular beers and the other six will rotate to provide various seasonal brews. They have barrel-aged beers in the fall, for example, and they also have high-gravity beers and a cider will be released next week.

The new space will look familiar to people who have visited Five Bar – minus the chandeliers, which were taken as part of the Five concept. He pointed out that Cris and the others connected with Five have been very helpful in the transition and have been, “as nice as they could be.” Jeff says they love the windows and plan to keep those unobstructed. You will notice they’ve added some booth seating and the bar is a bit different.

Plans include opening next week and hours will be Monday through Friday from 11:00 AM to 10:00 PM and Saturday and Sunday from 10:30 AM to about 10:00 PM. He says the hours may move around a little depending on how late business comes in and what events are happening downtown. He mentioned, for example, the possibility of staying open late on nights the Tennessee Theatre has an event. Brunch will be served both Saturday and Sunday every weekend.

He’s in the midst of coordinating inspections, right now, so the mid-week opening could be delayed slightly. It’s also an irony that he’s landing in another construction zone, though most of that should be cleared, soon. The Western Plaza location will close this Saturday. Summing it up he said, “We’re just excited about the opportunity.” Check them out.