A Business Closes Its Downtown Location After Five Years 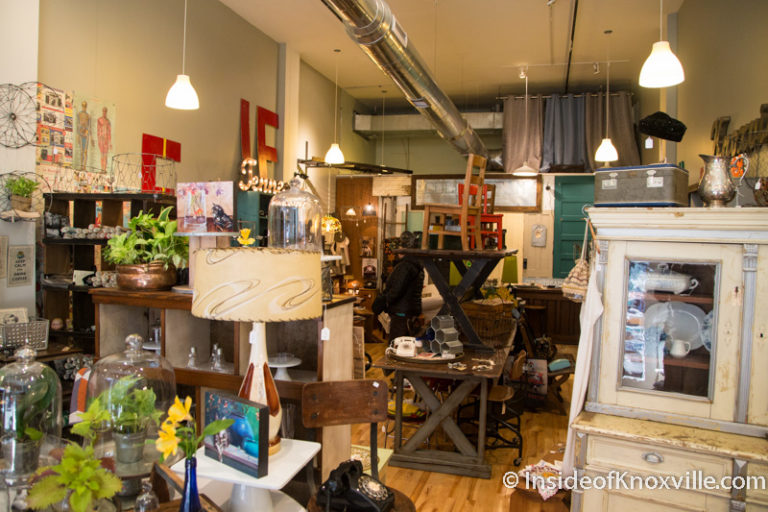 It’s been a five year journey which ended this past weekend. Starting as a business in Clinton, owner Sandy Havener made the decision to move Coldstream Market to Market Square in 2013. It brought a retail piece that wasn’t present in the downtown market, with a blend of antiques and market reproductions along with locally crafted items including metal and wood tables made by Sandy’s husband Charlie.

It was also unique in that the store was located on a second-floor walk-up on Market Square. It was the first time of which I am aware we’ve had second floor retail during the current renaissance. (That distinction would later be shared by Lillian Ruth Bride.) And it worked. Coldstream maintained that location for two years and did well, but moving the large tables, which were always a big part of the business up and down the stairs was problematic.

Three years ago Sandy decided to open a second spot downtown, eventually closing the first after a transitional period. The move to the Daylight Building, at 521 Union Avenue, seemed to answer the problem of heavy tables and larger items. The foot traffic was less than that on Market Square, but the local traffic in the store seemed to increase, according to Sandy, at the time. Tourist business was less.

Now, after three years in the location, Sandy has decided to close her brick and mortar effot, though she’ll pursue other outlets. Here’s the statement posted to the Coldstream Market Facebook page:

We have had a great down town adventure! We’ve experimented with 2nd floor retail. We’ve brought unique industrial furniture to downtown. Customers have become friends. Retail trends change and so must we. We’re exploring other business avenue s: Pop up shops, online sales, and vintage shows. Stay connected with fb and Instagram or send your email to Coldstreammarket@gmail. Show us some love

For the moment, she says she plans to take some time to catch her breath. She said it has been seven years since she’s truly had a weekend off. If the shop wasn’t open, she was at market looking for new items or at a vintage show setting up, taking down and working to sell her merchandise. It’s hard to keep that up indefinitely.

I’m glad we had the diversity of retail in the downtown market that Sandy’s store offered. It’s a loss and it makes our offerings for tourists and locals just a little less. It underscores the hard work required to keep a retail business alive and the headwinds facing local retail.

It also means that 521 Union Avenue is now available (it’s a Dewhirst Property) for the next person or group who wants to pursue a dream of brick and mortar retail. The building currently hosts Union Avenue Books, which has been there from the beginning when the building was re-opened in 2011. That original tenant is currently joined by Wild Lavender (2015), J.C. Holdway (2016) and Pearl on Union (2018).