Endangered Properties and Demolitions Continue to Be an Issue in Knoxville 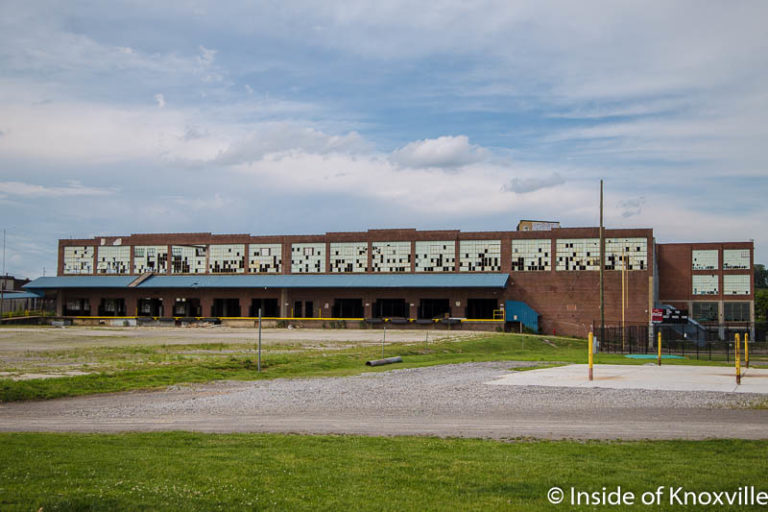 Just when you think we get it, it’s clear we don’t. Surely we understand that what gives downtown Knoxville and surrounding areas its charm is its historic structures, right? We wouldn’t let any more of the properties slip away! That’s a sad memory of a bygone era and we love our older buildings. We’re enlightened. Right?

Not so much. Knox Heritage recently released its “2018 Fragile and Fading,” list and it’s full of reminders that we have a long way to go toward being a city that truly embraces preservation. Previously known as the “Fragile Fifteen,” the organization has forgone the more pithy title to lose the restriction of the number and simply focus on the most urgent preservation situations at any given time. You can see the full list here. For my purposes, I’ll focus on the downtown and near-downtown properties:

Fort Sanders is named for a Civil War-era Union bastion that once stood near the center of the neighborhood and was the site of a key engagement in 1863. During the 1880s, several of Knoxville’s wealthiest residents built notable houses in the area alongside more modest dwellings for plant managers and workers employed in factories along Second Creek. Fort Sander’s residents included some of Knoxville’s leading industrialists and politicians, as well as professors from the University of Tennessee and the author James Agee. Today, the neighborhood still contains a notable number of its original Victorian-era houses and other buildings which were added to the National Register of Historic Places in 1980 as the Fort Sanders Historic District.

Fort Sanders suffers from popularity. Its close proximity to downtown Knoxville and The University of Tennessee makes it an ideal location for dense housing developments which are not part of the traditional streetscape. Many homes have been destroyed over the years either for new development or from neglect. The historic neighborhood is bounded to the west by the thriving Covenant Fort Sanders Regional Medical Center campus and to the south by a dramatically changing Cumberland Avenue corridor. Increasingly dense development, neglected maintenance and teardowns are destroying the character of this charming neighborhood.

Sadly, the University of Tennessee and Covenant Health have been two of the worst caretakers of historic properties and Fort Sanders has been the recipient of much of their abuse. Don’t believe me? Go back and read this article about three homes UT decided to destroy on White Avenue – and one was owned by a family which had invested massive amounts of money to make the house the home for their family. Some were moved, some were lost.

Property rights seem only accorded to those who want to destroy a building: If I own it, I can destroy it. If I own it and UT/Covenant Health, a local church or a powerful person wants to destroy it, they can. Only recently came news that UT planned to destroy the one-time home of General Neyland. If the home of UT’s most revered football figure’s home is fair game, what isn’t?

The latest is the resurgence of demolition in the neighborhood rests at the feet of Covenant health which purchased four homes/buildings on 18th Street and around the corner on Highland. They want a parking garages and purchased the properties years ago and allowed them to fall further and further into disrepair. It’s a common demolition tactic called, “demolition by neglect.” Once the buildings are so badly damaged, how can a request for demolition be denied. Here’s an article I wrote about last year’s list, which includes photographs of these homes.

The Knoxville College campus is also listed on the current report. A small sign of hope of preserving some of the buildings emerged recently at the city’s unveiling of next year’s budget. It involves moving police headquarters there and other moves designed to help stop the decline. Here’s an article I wrote a year ago when it appeared on the list.

Currently all campus building are condemned and suffering from a severe lack of maintenance. Arson fires and the fact that it is now completely vacant have heightened the critical need for immediate intervention. The school is faced with a large debt, is not currently offering classes and there is no known preservation strategy in place.

Another district making the list is the Park City Historic District. Here’s why:

Knox Heritage would like to see all renovations within the National Register district adhere to the Secretary of Interiors Standards. New infill should be sensitive to the historic character of the neighborhood. The organization seeks to work with homeowners, neighborhood groups and others on good design practices.

Recent conversations about how to best preserve the area’s diverse and important historical structures have been contentious to say the least. People feel strongly about property rights – and about preservation. Gentrification inevitably becomes part of the conversation and, too often, people of good will with differing opinions fail to see a way to move forward together.

Finally, and it’s really on the edge of Parkridge, so it could be included above, though it deserves its own space, is Standard Knitting Mill at 1400 Washington Avenue. Here’s Knox Heritage:

The owners in this case are SKM Holdings, one of several companies (Henry and Wallace, Knoxville Partners, LLC) owned or operated by Brant Enderle. They also own Knoxville Center Mall and many other properties, including the Kress and Century (the one with the half-constructed elevator shaft) Buildings on Gay Street, the Hull-Dobbs Building on Central Street and many smaller properties.

In an excellent recent article, WBIR exposed the fact that they owe over $600,000 in past-due taxes to the city and county. This includes taxes owed on the Standard Knitting Mill, which have not been paid since they purchased the building at a sweet price. (A previous version of this article suggested it was purchased from the city, when in fact, the city never owned it. Apologies and thanks for the correction). Long-term readers of this blog will remember them as the owners of Saw Works Brewing Company which I discussed in great detail starting here. As long as the Standard Knitting Mill is in their hands, it will not be developed and that represents massive lost potential.

So, historic structures become endangered for many reasons ranging from short-sightedness to greed to the much more benign difficulties and expenses maintaining them. So, are we about preservation? Do we recognize our history as an essential part of our current story? If so, will we have the vision and political courage to develop codes, laws and enforcement that demonstrates our commitment? Or will these buildings be lost while we compile next year’s list?