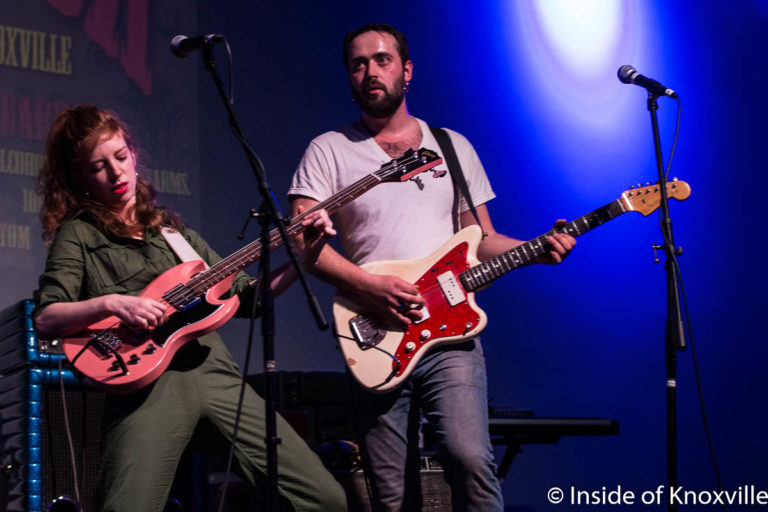 This year’s Knoxville-flavored two-night version of a musical feast and love-fest has come and gone and it was another good one. In the eight iteration of the festival, Knoxville’s music and music community, once again, was on full display and shined, as always. With a range of younger and older musicians and music that varied from a folk string band to full-on punk, there was something for everyone.

The festival has its roots in tragedy, as the first Waynestock: For the Love of Drew, was to honor local musician Drew Bledsoe, son of Knoxville’s beloved music critic, Wayne Bledsoe, who had recently died. The event went so well, a second one was planned for the following year, with the hopes of simply being a celebration of local music. That plan shifted on the death of Phil Pollard, another beloved local musician, and that year the money raised went to his family.

By the third year, local tragedy didn’t dominate the event and various charities were chosen over the years to be the beneficiary of the money raised. This year the money raised was directed to WDVX, which also broadcast some of the sets live. Offering local music for over twenty years, the station has been a champion of roots music and local music.

I missed various pieces of this year’s show due to various conflict, but caught most of each night. Red Shoes & Rosin started the first night with the warm sounds of their folk string music. It’s been fun to watch the band evolve musically and increase in confidence as they ply their sweet sounds.

The Thrift Store Cowboys were up next and a highlight of night one. It’s one of the many bands I hear “of” but don’t actually intersect with until I find them at Waynestock. It’s the greatest thing about the festival for  local music fans: the ability to hear so many local artists in one spot.

Brian Waldschlager delivered a very good set with a band that’s an example of what you’ll often encounter at Waynestock: the best of the best. His set featured Peg Hambright (keyboards), Jeff Bills (drums), Dave Nichols (bass) and Kevin Abernathy (guitar). The Bitter Resisters followed with another excellent group of local musicians who came together in their words, after the last election, “because we’re going to have write a lot of songs over the next four years to survive.”

The Whole Wizard ended night one, for me. The band – another collective of local musicians anchored by guitarist Tim Lee – played a very good set, but I was tired and had an early day coming on Saturday, so I called it there and missed Peak Physique who is great, but the body has limits. I’ll definitely catch them another time.

Saturday’s show started late for me, as I had an obligation early, so I missed Adeem the Artist, Shimmy and the Burns and Tractorhead. I picked up with Alcohol. Tobacco. Firearms., a combination of The Theorizt and Good Guy Collective, featuring DJ Wigs. It was about as fun a set as could be hoped for, with each of the rappers bringing a different style to the stage to form an all-star celebration of hip-hop.

Ex-Gold is one the bands I mentioned earlier that I always hear about, but have never heard. They are definitely worth a trip out to catch them. They played two minute punk songs which reminded me of Devo with a little Clash creeping in to the attitude. It was another highlight of the two night event.

The festival has taken, in recent years, to ending with a tribute to an artist who has died since the last year. Sadly, there has been no shortage of artists with great catalogs to choose from. Past years have featured Prince and David Bowie. This year, it was Tom Petty and a rotating cast of Knoxville’s finest took turns at vocals. Every single performance – and I mean that – was excellent. Standouts included the female voices, including Kelle Jolly, Christina Horn, Susan Lee, Sara Washington (who elevated the room with her performance) and Lucy and Eliza Abernathy (2/3 of the Pinklets).

It was another good year and I’ll look forward to year nine. As always, this is but a small sample of my photographs and I’ll post the full group to the Inside of Knoxville Facebook Page later today.