Final Phase of the Central Street Project is Underway 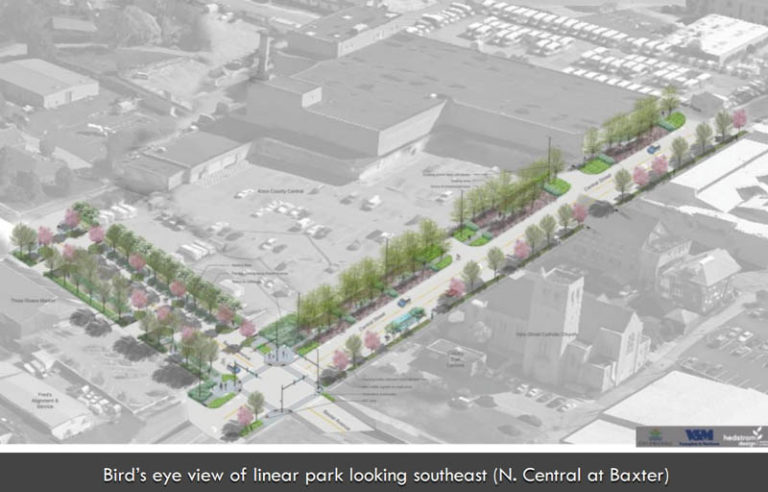 The final phase of work on the North Central Project began last week. A meeting was held last night in order to give stakeholders a voice in the improvements – and disruptions – to come. The project includes the area from Depot to Woodland Avenue.

This news might confuse some readers and commuters who might point out, correctly, that the section of Central in question has been disrupted for a long time by construction. So, how could the work be beginning? It’s all about phases with a major project like this one.

Incredibly to those who don’t pay attention to such things, the beginning of this project can actually be traced to 2011 – that’s right, seven years ago. That’s when TDOT gave the green light to start the environmental process. That started a chain of events that led to last year’s work by KUB, which would be the first very visible portion of the project.  It’s no small portion: “Over the past year and in preparation for this project, KUB has replaced more than 8,800 feet of water main and 26 fire hydrants along the project area’s 12 blocks.”

What you’ll see next is a combination of the mundane (but extremely important) elements, such as replacement of storm drains and stormwater pipes. You’ll also see some long-needed a highly visible improvements such as sidewalk repair and construction and tree planting. The jewel of the effort is the linear park planned for the street between Baxter and Hinton. LED lightbulbs will be installed along the project route, as is happening across the city, and that will add to the effect.

According to the city’s press release, “Work begins at the intersection of North Central Street and West Depot Avenue and will conclude at Woodland Avenue. As construction proceeds north, outer lanes of North Central Street will be closed, while traffic is maintained in the center. Access to businesses and driveways will be maintained. The project is projected to be complete in March 2019 and landscape installation will follow this construction as a separate contract.”

The city will attempt to keep interested citizens informed through a website devoted to the project. There you’ll be able to sign up for text alerts with up-to-the-moment news or email updates. A handy two-week projection is included and should be updated regularly. You’ll also see a handy video showing you the route should you not be able to visualize it from above. Details about the overall project may be found here.

In the end, we’ll have more green space, a friendlier spot to walk and bike, and an additional boost to a part of town that is pretty much exploding on its own. In the meantime, for the next year or more, we’ve got more traffic headaches coming our way in an era that seems defined by construction at every turn. And that makes this era a very good one.