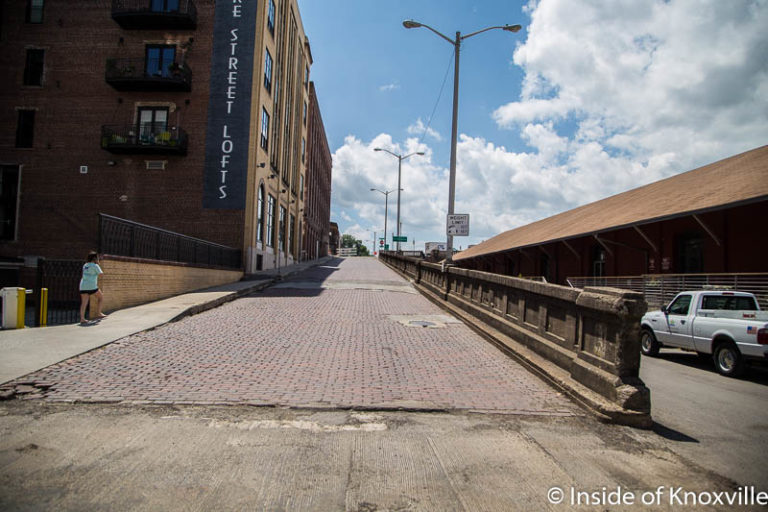 That’s a lot of ground for a headline to cover, don’t you think? What do they have in common? At least a couple of things. First, they all spring from articles I’ve read in the last few weeks. More importantly for this website, they each raise issues or tell stories of urban areas and they might just apply to our center city.

I was surprised to see an article about saving a brick street generated by the Post Bulletin out of Rochester, Minnesota. That same topic drew a number of comments here and on Facebook last August when I included in an article about the displacement of three businesses, that the bricks from the Jackson Avenue Viaduct would be preserved and reused. Some readers were delighted while others sneered just a bit at the extravagance.

As it turns out, fans of brick streets also exist in Rochester. The January 15 article reports that a street set to have its aging infrastructure replaced (sound familiar?) was to lose its traditional brick surface as a result of the reconstruction. There are only six residents connected to the street and they purportedly have agreed to an assessment for the extra amount, feeling the street adds great value to their neighborhood. It is estimated the assessment would be about $64,000 per resident.

Arguments for preserving the brick surface include both aesthetics and durability. The street is the locale of choice for many local photoshoots and that the beauty an unique nature of the bricks is worth fighting – and paying – for. They are still talking about the issue and it’s unclear which way the city will go.

Rent is another issue we talk about quite a bit from time-to-time on this website. It’s an issue for many places, but urban areas, in recent years, have seen dramatic increases in rent charged to both businesses and residents. Stories about the skyrocketing cost of rent have become common. But this article says rent is falling! In Seattle! Hard to believe? Maybe.

The January 12 Seattle Times article points out that Seattle has experienced slight drop in the cost of rent in recent months (average drop about 2.9% or $50). This comes on the heels of about a 48% increase in the cost of rent over the previous five-year period. The article speculates that the binge of home building, particularly in downtown Seattle, has finally out-paced demand.

For the region, there are 24,500 apartments under construction and 35,000 “in the pipeline.” There are more apartments coming this decade in Seattle than the previous five decades combined. Still, several readers pointed out that the decline is small, occupancy rates are somewhat seasonal and the article’s focus on such a short period undermines its claim to a trend.

Still, it’s something that has to be considered. Clearly, it’s possible for a locale to out-build demand. Is that a possibility for Knoxville in the near future? What is the bottom of demand for downtown living? We haven’t seen it, yet. Marble Alley, which seemed like a significant test a couple of years ago, filled quickly. The same was true for other large projects. What about the coming apartments at the former Baptist Hospital site (Riverwalk at the Bridges)? We’ll only know we’re there when we’re there. I suspect some readers would love to see a slight decline in the cost of downtown rent.

Finally, no boom in development is complete without requisite discussions of the merits and demerits of gentrification. It’s hard to find a new angle on the much-discussed topic. Leave it to the Atlantic. In a December 20 article, Abdallah Fayyad notes that in gentrifying areas police presence increases and arrests for minor offenses also rise.

Why? Multiple factors are at play, of course, but the wealthier new residents tend to be people who more quickly call 311 or 911. Calls for disturbances, noise violations and raucous behavior increase. The police presence follows. Then the arrests. In many cases behaviors previously seen as “normal,” by traditional residents becomes redefined as “disturbing,” by the new residents.

It’s one of the subtle realities of gentrification that most people would struggle to articulate and would be beyond the awareness of the new residents as they have no information on previous norms in their new neighborhood and are simply acting on behavioral expectations from their previous neighborhoods. It makes sense.

Check out the articles and see what you think.

Ed. Note: Join me this weekend for KnoxCentric on WUTK, 90.3 (streamed at http://wutkradio.com) at 10 AM when my guest will be Marilyn Kallet who will discuss her book of poetry, How Our Bodies Learned. She’ll also look back at her 37 year career at UTK as she is set to retire this year.