A New Business – South Coast Pizza – Announced for the South Side 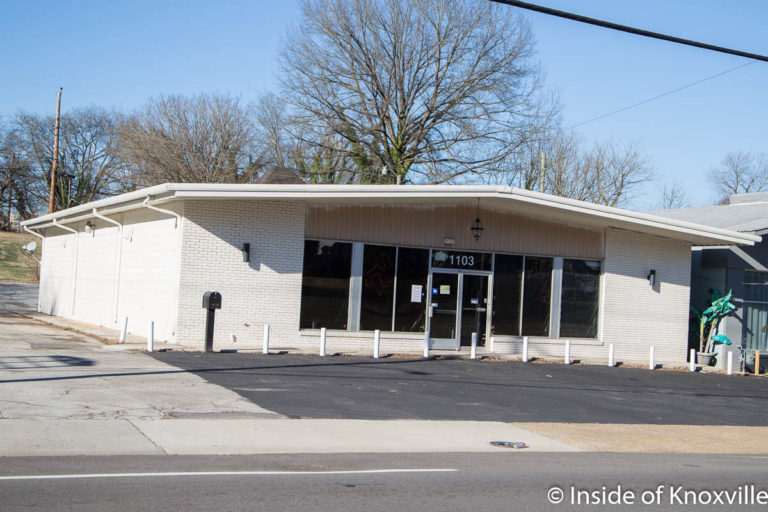 Sevier Avenue has had no shortage of business expansion in recent years. Paralleling the river, it’s a perfect corridor for expansion of the boom from downtown – or taken another way, simply a logical place for south Knoxville residents to find their own particular vibe.

And find it they have. Sevier has seen openings of such great businesses as Alliance Brewing, Three Bears Coffee, Landing House, Honey Bee Coffee, Riverside Veterinary Clinic, Uncle Lems and South Landing Crossfit. Not far away sit Trailhead Beer Market and SoKno Taco. Much of the explosion has been encouraged by the fact the location is situated directly between downtown and the Urban Wilderness.

Into that mix, Chris Morton, owner of Bearden Beer Market and Alliance Brewing, has purchased the building at 1103 Sevier Avenue – diagonally across from Alliance – and plans to open South Coast Pizza at the location. Formerly the home of City Lights Bar and Grill, the building has been gutted and is being built out for the new business, which Morton plans to open in February.

His paradigm is simple and nostalgic: he wants the working class neighborhood to have a pizza place they can call their own. He remembers little league teams piling into the local pizza joint and he wants it to be that kind of place. In his words, “I want this place to connect with the community and I want a family of four to feel like this is their place.” He also notes that it sits at one of the main entrances to Suttree Landing Park and presents a perfect spot for families coming to the park to spend an afternoon before stopping off for pizza.

He also pointed out something that surprised me – maybe a reader can correct it – that there is no place in south Knoxville to purchase non-chain pizza. There are two locations of a national pizza chain. He wants a local spot for families offering good ingredients at reasonable prices.

He says there will be simple family amenities and entertainments like a “magic crane” machine (he noted he and his son each recently won something in one). He’s also have a few video games and a jukebox. Outside, handmade tables (by his team) will fill a patio which will be dog friendly. He’s already hit up Kelly Brown of Bower Bird Sculpture. He’ll also have enough room for eighteen parking spaces.

He’s been experimenting with sauces and he says as soon as the oven is in the group will begin experimenting with crusts. The “group,” includes many of the south Knoxville boosters who have become like extended family and includes patrons of Alliance, and members of the Appalachian Mountain Bike Club, who he calls heroes of south Knoxville revitalization because of their work building trails (which he runs) in the Urban Wilderness.

He feels this south Knoxville spot is unique to any place he knows of in the region. Just outside a city – and less than twenty minutes from west Knoxville – sits a spot where all those businesses have opened in the middle of a great park which is to offer paddle boats, kayaking and more, Ijams Nature Park, two quarries with their history, beauty and recreational opportunities along with a thousand acres featuring over 50 miles of trails.

He’s been one of the main proponents of the “active beer culture,” mantra adopted by so many around town and this is the spot, he feels, where that becomes a reality. He sees it as a great spot to spend a day of recreation – or to plan a vacation – an idea he hopes to promote in the future.

South Coast Pizza will initially be open Wednesday through Sunday from 4:00 PM to 11:00 PM (same hours as Alliance). You’ll be able to find good beer at $3.65 a can (12 oz) or $4.10 a can (16 oz). Alliance will offer a specialty draft and a craft beer pitcher of the week will go for under $16. Pizza by-the-slice ($2.50), salads and appetizers will be the mainstays of the menu and he will include a gluten-free crust. He also promises homemade ice cream for dessert.

He’s got all sorts of related plans. For the Knoxville Marathon he’ll have an after-party. He says he knows of a hundred runners who are coming and bringing their family – all from teams related to the businesses and groups to which he’s connected – it’s the “active beer culture,” again. He’s also considering a rewards program for good grades for local students. And on it goes. He gets more excited the more he talks. He intimates he has plans beyond what he’s ready to share.

The build-out should happen quickly. He expects he’ll start with six employees – two of who have already been identified from within his other businesses. He adds, that if you find yourself at Alliance in need of a pizza, he’ll personally deliver it across the street. Watch for it soon and go ahead and like (and follow) their Facebook Page for updates.