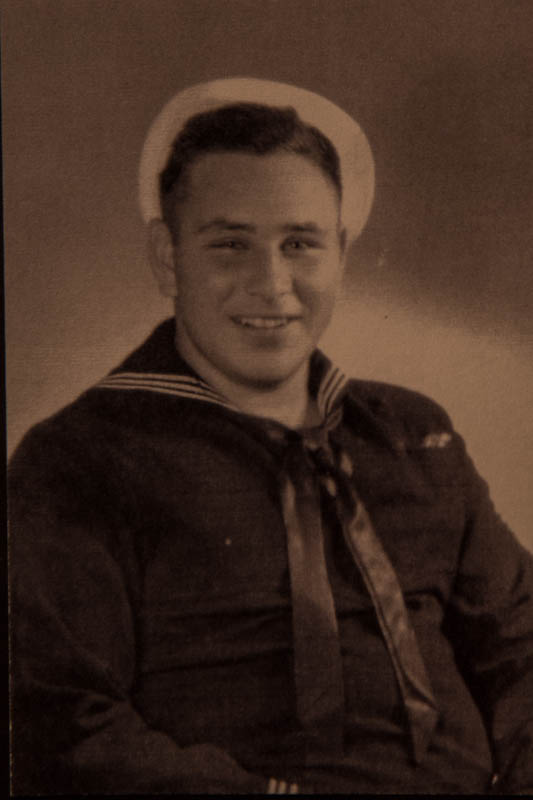 I cried at the Knoxville Veterans Day Parade a few weeks ago when “Taps,” was played. I’m not sure why it’s always been an emotional song for me, for while its meaning is powerful, I never served in the military. Later that evening, five hundred miles away, a man who did serve, suffered a fall as he walked across his living room. That fall would start a chain of events that would find me, less than three weeks later, hearing “Taps,” for a second time in November and knowing very well why I cried.

Don Sims, born in 1933 in Logansport, Louisiana, on the Texas border, entered the world to a family struggling their way through the Great Depression. His father worked in the oil field and his mother worked raising, eventually, eight children. Neither parent finished high school and the family didn’t have electricity until he was twelve years old.

His early years were filled with wonder at seeing Germans in prison camps in north Louisiana, raising hogs for 4-H, riding his horse to high school basketball practice and feeling terrified when, from horseback, he saw his first jet cross the sky above him. His was the first class in Louisiana to go through twelfth grade.

Moving all around Louisiana and Mississippi, as the oil field jobs dictated, he graduated from Stanley High School and, after a brief time working with the telephone company, enlisted in the Navy in 1951. The Navy offered his first exposure to the world as he spent time in California and, eventually, in Japan during the Korean War. Discharged in 1953, he made his way, hitchhiking across the country, to join his family in an oil field in Citronelle, Alabama.

It was there he met and married a local high school girl and, when she was set to have their first child, he honored a vow he had made as a child when he had attended six different schools in fourth grade: he left the oil field to take a job that paid less, but would not force his family to move so often. He wanted a better life for his yet-to-be-born children.

He got a job at Scott Paper Company in Mobile, Alabama and bought a house trailer to place on his in-law’s land. Fortunate to start his factory job in an era of good benefits, advancement potential and increasing pay, he worked his way into management. He “pulled” double shifts to save money to take his two sons on trips in the Chevrolet to the Smoky Mountains, the 1967 World’s Fair in Montreal, Acapulco, Mexico, Colorado and as many places as he could afford. On a low budget, he opened the world to his children in a way it was never opened to him as a child.

He worked an entire career in one place, before retiring and becoming a consultant. For the last ten years he worked, he boarded one of those jets that made him marvel so as a child, flying hundreds of miles every Sunday night from Mobile, Alabama, to work a route in the northeastern United States and Canada. He’d fly back to Alabama every Friday. He loved the cold weather and snow and he loved returning home to that girl he’d married fifty years earlier.

After about ten years, he left his consulting job and joined his wife as they continued the travel they enjoyed so much. Multiple trips to Israel, Europe, Hawaii and other places filled their last happy years together. When she was diagnosed with Alzheimer’s, there was no doubt that he would care for her until it became impossible. He loved her to the end and, after her death, remarried at eighty-one years old. He was married for three years this past August.

But all of the above is nothing more than a biographical outline of, in many ways, an ordinary life for many people of the era. It doesn’t begin to express the person that young boy from a small town in Louisiana became. Who he became was quite simply, not only my father, but the best man I have ever known.

I’ve never known a more honest person. I have no doubt that I never heard my father lie. It wasn’t in him. When, as a very small child, I took a rubber door-stop home from church, he made me return it personally to the pastor and to express my deep regret. In 1967, in a Montreal hotel room, after I’d told a childhood lie, he told me to never tell a lie and I would always be able to look anyone straight in the eye. I never forgot it.

His siblings say he had a temper as a child and he admitted he fought his way through school. It’s hard for me to imagine. I only remember seeing him truly angry enough to fight one time, and that was when someone was trying to take advantage of his mother-in-law. He was always firm and no one doubted his resolve and absolute confidence, but anger held no place in his life.

I never heard him utter one curse word and I never knew him to take a drink of alcohol. He smoked multiple packs of cigarettes a day until he saw me pick up a stick at age two and emulate him. He quit that day and never smoked again. He lived his life based on integrity and hard work. I’ve never known a person who worked harder at anything he decided to do.

His faith was always close to his heart. He attended a Baptist Church his whole life, multiple times a week, served in every capacity possible, gave ten percent or more of his money, and attended whether at home or traveling. I never heard him tell people how to believe, but he lived his faith so clearly that they were drawn to him. Caring for the sick and others in need, visiting hospitals and homes, sending notes and making phone calls was part of his nature. After his fall, the first day I arrived in Mobile, he sat up in his hospital bed and started making calls to, “sick people.”

He sacrificed in so many ways to give both me and my brother a better life. From the travel that was hard to afford, to the interference he ran when we inevitably got cross-wise of our mother, it was all for us. Fortunately, we told him many times that we appreciated all he did and he expressed to us how proud he was of who we became. We didn’t always agree – particularly if the topic turned to politics, but he always loved us and never wavered in his support.

While I can say with conviction he was the best man I’ll ever know, I have to also acknowledge that it’s the little things that I will miss forever. To think that I’ll never share another meal with him, travel with him as we did out west this summer, “shake up” the dominoes over a dining room table, or talk LSU football is more than I can bear to focus on, just now. I called him, at least once a day, every day for the last twelve years, with very few exceptions, and the urge to pick up the phone won’t easily go away.

After some ups and downs, he contracted pneumonia and died on Monday, November 27. On November 30, a Naval color guard presented a flag to the family and played “Taps.” I had not processed how the song which had made me cry just a few days earlier would intersect with my intense grief. This time when I cried, I understood exactly what was lost.

I realize this very personal remembrance and isn’t the norm for this website. I simply have no choice but to acknowledge the passing of this man who long-time readers here have known as “Urban Father,” and I have known as the anchor of my life. I want to thank David, Heidi, Lee, Megan and Heather for filling in and allowing me the space to work through this difficult time. I was away for 2 1/2 weeks and I cannot overstate how happy I am to be back in the city I love and to be with each of you, once more.