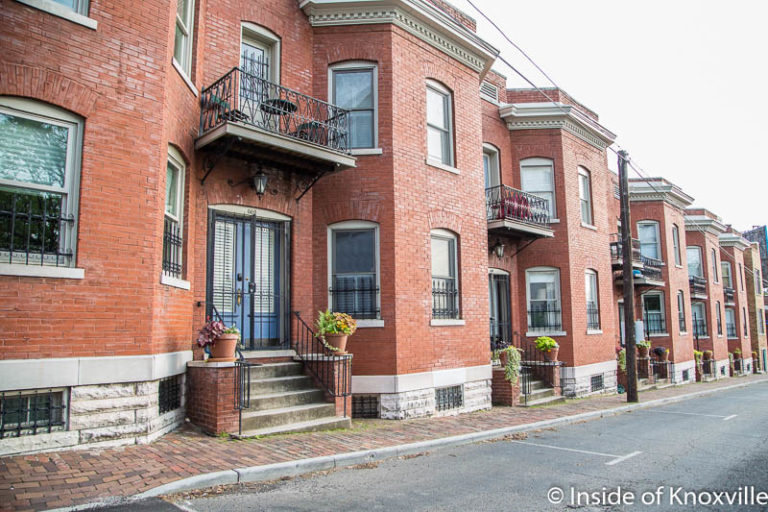 A mixture of buildings and the people who brought them back to life were honored last night by Knox Heritage. Kim Trent, Executive Director, presided over what will be her last awards ceremony, as she has announced her intentions to leave the organization after the first of the year.

Ken Stein, President and CEO of the League of Historic American Theatres gave the keynote address, beginning with compliments regarding the city and stating that he would not mind calling it, “home.” In discussing two historic theatres and two performing arts centers in Austin, Texas, he pointed out that the place with the memories and with a story will be preferred by patrons and donors every time, making a strong case for the economics of preservation.

As is always the case, many of the buildings and people honored have been featured on Inside of Knoxville. The Preservationist of the Year Award, for example, went to Faris Eid of DIA for his work on many preservation projects. I spotlighted Faris when he was similarly honored, last year by the East Tennessee Community Design Center.

While Knox Heritage focuses once each year on their Fragile Fifteen – the important historic properties they consider to be the most endanger of demolition – they take this opportunity each year to focus on their Fantastic Fifteen, some of which were once on the Fragile Fifteen list, but have been saved from pending loss by a preservation minded citizen or developer. The beautiful remodel of a building that was previously functional, but never accused of being beautiful, has now become Wild Love Bakehouse and is both attractive and functional as a bakery and coffee shop. What was once an afterthought of a building is now a center of community activity. The plans for the shop were first announced here.

A number of homes near downtown won awards and, in particular, McMillian Flats, at 507 N. Central, a townhome which had fallen into disrepair and had been subdivided into multiple homes, has been restored and I hope to spotlight it here, soon. A similar set of homes in the heart of downtown, Kendrick Place (featured here), was honored for the residents’ precise replication of the 100 year old cornices which had deteriorated to the point of being a public danger. The residents payed approximately $140,000 to have the fabrication and installation completed over a two year period. Also recognized was the Knoxville History Project for their work with the downtown art wraps (spotlighted here), as well as the Stair Building on Summit Hill Drive (this one got past me), which won the Greystone Award. The building is part of the campus of Lincoln Memorial. Finally, each mayor gives one award to a developer or project they feel is particularly important in the current year. The two awards converged as Mayor Burchett recognized the work at Knoxville High School and Mayor Rogero recognized the work at the Farragut Hotel (Hyatt Place). The two have in common, the same developer, Rick Dover, who accepted the awards. He stated that the Farragut will be open in about a week, with the homes at the former Knoxville High School soon to follow. Nights like this are important. Many of the people behind these projects aren’t rich and don’t get that way by lovingly renovating a home or a small building. Sometimes they spend their life’s savings. And in either case, the financial outcome isn’t generally guaranteed. And these buildings matter. They are the reason that Knoxville “feels” the way it does, they are the reason people are attracted to our city and they are critical to our future success.

The complete list of awards should be posted later today on the Knox Heritage Website. While there, why not donate or join?