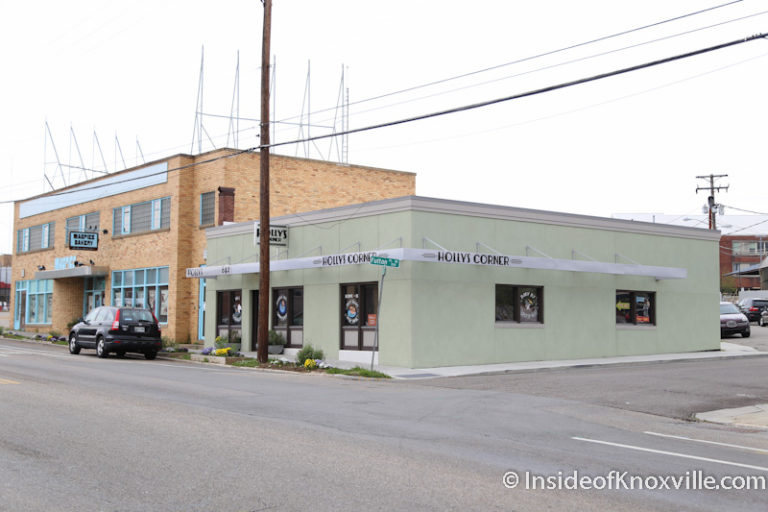 The first thing Holly told me was that she wants people to know it’s OK. She’ll close Holly’s Corner (which I profiled here in 2014) at 842 North Central on December 29 and she’s excited about the opportunity to focus completely on one business: Holly’s Gourmet’s Market in Bearden. It’s been an institution since 1978 and she was a part of it early on and took control in recent years.

She said she simply needs all of her talented employees to help her make the one business the excellent spot it can be. Those of you who have been regulars at Holly’s Corner will be happy to know that Reid, Gina, Chris and Mel will be part of the team at Gourmet’s Market and she really feels they will make a huge impact. She thinks you’ll notice the difference they will make on that business.

The opportunity to not operate a commissary business, but to focus all her efforts in one building is exciting to her. She pointed out that with the staff spread so thin she often has to operate like a line cook, taking much of the creativity and joy out of the job. What she has always loved most is the teaching, she said. “Teaching was my first job. I’m excited for Gourmet’s Market, to bring the energy to one place and being able to go back to teaching is exciting.”

As she talked about the changes and going back to her roots of inspiring and educating young cooks to become young chefs and to become excellent chefs, she talked fondly of those moments when the light appears over their head because they get it – or that moment when they offer her a new dish to taste and ask for her critique, but the dish is actually perfect.

Of the building she’ll be leaving, she said, “I’m glad to be a little part of the history.” The address was, most famously, the Corner Lounge for many years, starting in the 1930s. It featured great performances by people such as Con Hunley who had a weekly gig there in the 1960s before he found national fame. Cormac McCarthy mentioned it as the “Corner Grill,” in Suttree.

Holly tried live music during her five years, but never quite gained traction. She hopes the right person comes along to take on the charming little building on the corner with so much history. The Leah Gardner show pictured above, however, was one of my favorite local shows ever. What a band!

As we talked she rattled off a list of customers she knew would be disappointed at the news and the pain she felt was obvious. She hopes some of them will be able to come to Bearden to find many of the same favorites and “specials” they’ve come to enjoy.

She and the gang will still be around for the next couple of weeks, so drop in, enjoy another soup or sandwich and say goodbye until you meet again, just across town. Businesses, like people, have life cycles. This one was good for five years, but it’s time to move to the next thing. Holly wants you to be as excited as she is – and to come see her in Bearden!

And whoever is out there with a great idea for a cool building with lots of history – it’s ready and waiting!