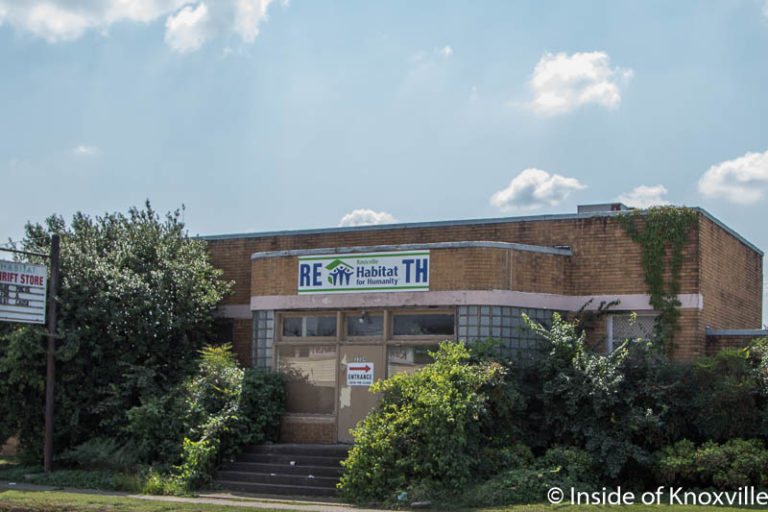 There are so many interesting areas in Knoxville. Each has a claim of one sort or another to put itself forward as a place worthy of a visit, or maybe a longer stay. A stroll out Central from south to north, however, is enough to put one in mind of the ad campaign featuring, “the most interesting man in the world.” Central could easily be the most interesting street in the city for its sheer variety, if nothing else.

It starts in the heart of downtown, of course, mostly on the backside of where we focus most of our attention. It’s not Gay Street, but it features Marble Alley and a dog park. But then it forms one of the two main streets to the Old City along with a number of great establishments there. Running north from the Old City along Central, you’ll bump into Knoxville High School, Crafty Bastard Brewery, the Urban Chess Center and Gypsy Hands. There’s much more, as well, and that’s all before you reach Broadway.

As you move north of Broadway you’ll pass lots of great businesses of a recent vintage, such as The Hive, Hops and Hollers, Central Collective, Magpies and Holly’s Corner. You’ll also pass older businesses along the way to Happy Holler which features a great cluster of successful businesses, some older and some newer. It’s the same all the way out the street: a mix of great new businesses like Smoky Mountain Vintage Lumber, Wild Love Bakehouse and Mid Mod Collective, mixed with many older businesses.

Through its length you’ll also find homes still fronting the street. Some of the buildings are well built and have a great deal to recommend their preservation. Others may not be so well made. Some are well made, but failing significantly. Many of the buildings along the way are occupied, some have not been occupied in recent memory. You’ll find retail and residential, but you’ll also find industrial buildings, some with current manufacturing businesses inside and others converted to new uses.

There are empty lots along the way where buildings once sat. It’s also a mix of suburban and urban development. Quite a number of businesses, like those in Happy Holler, front the sidewalk and some sections of the street have street parking. Other buildings are set back from the street and prominently display their large parking lots. It’s hard to get a bead on the “look” of really any section of Central because it changes constantly, no doubt reflecting the different eras which produced the hodge podge.

Central Street from the Old City almost out to Happy Holler recently got attention from KUB in the form of improving their underground infrastructure. That section of the street, out to Woodland, is also scheduled to get a makeover of sorts from the city, making it safer and more attractive.

A recent alarm was sent up when a variance was requested from the city for a development at 2209 North Central Street. You can see from the map above (click it to expand it), that the location is about half way between Wild Love Bakehouse and Pizzeria Nora and across the street from Rankin’s Restaurant. The building, a former bakery and, more recently, a thrift store for Habitat for Humanity, which had not been openly on the market, had an option to buy taken out by Dollar General with their intent being to demolish the building and replace it with one of their own.

The demolition was one part of the story which raised alarms with some nearby residents and businesses along the street. I spoke to Joe Fox and Dale Mackey who quickly organized a community meeting last week at Central Collective to discuss the project. A couple of City Council members attended, as did representatives of Schaad Brown who discussed the plans and listened to those gathered.

A number of points were discussed, one being a possible survey of the buildings along Central, determining which might be eligible for H1 overlay is a possibility, though I spoke with Mike Reynolds of the Metropolitan Planning Commission who said H1 designations aren’t quick and would likely require the support of building owners.

I also asked Kim Trent of Knox Heritage for her thoughts. She offered the following:

This reminds me of the situation on North Broadway a couple of years ago. The Howard House was in danger and that badly designed and sited auto parts store popped up. Plus, the historic building where Broadway Sound was located was demolished. Those threats became the impetus for the Broadway Corridor Study and Plan.

It often takes a threat to get everyone together to make a plan for a new way to develop historic corridors. Plus, traditional commercial developers look at market information that often doesn’t reflect rapidly changing demographics when they make choices about locating businesses. They are looking at the current or previous market conditions rather than what’s just ahead. Developers who catch the wave as it forms in a revitalizing area make money while those who aren’t looking ahead risk being out of step with changing demographics and expectations.

I believe that is what is happening now with the Dollar General in a rapidly revitalizing area. Plus, they have chosen to demolish a historic building in an area where residents highly value historic buildings. They’re facing a double-barrell shotgun of community opposition. We can only hope they choose a different location just as the developers did who had planned to destroy the Howard House, which is now owned by a local business that plans to save it.

Joe told me that he’d spoken with a local architect who pointed out the building is quite unique in its construction, making it particularly appealing to developers. A clear-span steel truss building, its quite large area doesn’t contain support beams, making for open space similar to that at the Mill and Mine. There is nothing in city codes or zoning that would prevent demolition of the building.
It also has an interesting historical past that is tied with everything from our post-war industrial era to our current incarnation as a “Maker City.” As always when in need of a shot of Knoxville history, Jack Neely has it covered. For those of you who have been missing his regular columns, he’s still writing them and you’ll find them on the site for the Knoxville History Project. And, of course, he’s just written an article specifically about this building.
There is a move afoot to convince the Dollar General owners and Schaad Brown to move to a nearby location that doesn’t hold such a particular type of building. Interestingly, the location they are currently discussing had been rejected by Dollar General a couple of years ago. The reason? They could not make their project work given the current city codes which demanded large set-backs and excessive parking. Sound familiar? This is a reason for Recode Knoxville.
Given that those requirements will soon likely be changing and that variances in line with the proposed codes are being given fairly freely, the original site may work. Will the design be parking in the front, like most every suburban retail center or will the design call for the building to front the sidewalk, using a more urban model? Both are certainly available as models along the stretch.
That brings us to the soul of the street. It’s hard to define. The street is all over the map. It’s funky and cool, it’s old school and new. Development is springing up all around and at least three new businesses will make this specific area their home in the near future. Who gets to decide what form this new version of Central Street will take? It’s worth having the conversation now before buildings worth saving are gone and new construction defines the area in ways that may be less desirable.