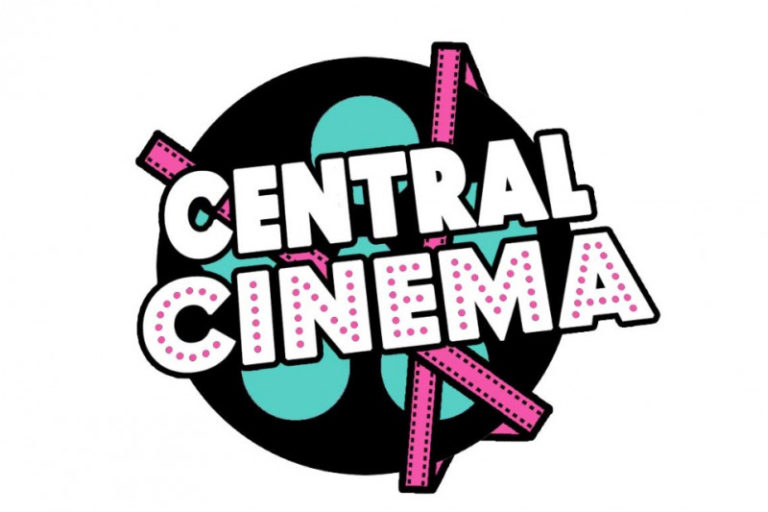 Happy Holler will get a bit more happy in the future as Central Cinema, a one screen small theater will debut in the former home of a string of theaters from nearly a hundred years ago. 1205 North Central became their official future home when they signed the lease this week. You may know it as the Taoist Tai Chi Center, located next to the Time Warp Tea Room and across from Relix. In various incarnations, that address was the Picto – showing silent films – and the Joy, but also the Central.

The idea is the brainchild of William Mahaffey who will be Programming Director and long-time friend and co-conspirator Nick Huinker.  They are joined for this venture by local filmmaker Logan Myers. You may know William from his previous efforts in the city. Originally from Johnson City, he moved to Knoxville to study creative writing with a focus on film at UTK. Along the way he made several films.

After graduation, noticing an unfulfilled niche in local cinema, he and Nick began production of the Knoxville Horror Film Festival. Opening in 2009 at Pilot Light, the festival outgrew its first home the first year, quickly moving to Relix Theatre and then Regal Downtown West. It has continued to grow and this year will cover three days, October 20 – 22, and will feature at least ten full-length films and two venues: Regal Downtown West and Scruffy City Hall. You also may have enjoyed his Terror in the Woods  and Movies in the Park series at Ijams.

William told me recently, “We love all types of films and always had this idea. Knoxville has developed a lot over the years. We saw that this area leading out of Central into Happy Holler,” and felt it was the right spot.  Comparing himself to the exuberance Captain Kirk and Nick’s cold analysis to that of Spock from Star Trek, he said they, along with Logan, make a good team.

The single-screen movie house will feature a broad range of genres, showing to about 80 to 100 seats. William said it will be, “anything from classics like Citizen Kane to 80s movies.” He said they may do some series focused on Knoxville and likened it to The Grail Moviehouse in Asheville or the Belcourt Theatre in Nashville.

A major focus of the endeavor will be to contain costs while providing a movie experience that has largely gone missing in recent theater experience. Similar to a listening room for music, the focus will be on the film and the group experience. Cell phone use and conversation will be discouraged, but they hope the experience will engender lively discussion afterward. They consider it a, “hole in Knoxville’s cultural landscape.” You’ll likely find locally sourced snacks and craft beer and you won’t have to mortgage your home to afford them.

While the range of films shown will be an attraction in itself, they’ll also feature, “regular themed screenings, including the family matinees and midnight movies. Central Cinema will be Knoxville’s only year-round home for specialty film programming.” William also says the decor could change to various movie themes over time providing a great spot for photographs (though clearly not during films).

There will also be opportunities for the community to utilize the facility when regular programming isn’t scheduled. Groups can use the facility for their own film-centered events and fundraisers. “We’ve spent nine great years doing film events all around Knoxville, but we never found a venue that was entirely right,” says General Manager Nick Huinker. “So we’re building one ourselves, and we’re focused on being the clear solution for anyone who finds themselves in that same situation.”

The group is currently raising money via GoFundMe. You may go here to support the project. There are lots of cool perks for pledging at various levels, but mostly they need your support at whatever level you are able to help. They’ve gotten off to a great start, with over $11,000 raised, but they have a long way to go to their $50,000 goal. Also, be sure to “like” their FB page.

William says the trio is, “Excited that it’s going to be a cinema again,” and he tells me they really want to be open by the end of the year. Get ready for the movies, Happy Holler!